Imagine a world where you don’t have to buy replacement parts for your car or home appliance – you can just print your own. Picture having the most creative and innovative idea of your life and having the tools and technology at your fingertips to be able to bring it to life. This is the reality of 3D printing.

The last few years have seen the rise of 3D printing as the technology has developed. However, what has been lacking is an understanding of just how useful this technology can be. That said, there is a lot more evidence that 3D printing is a smart investment, especially as people begin to understand the technology, new players are entering the game, support is increasing and real innovation is beginning to take place across industries.

As global recognition increases, it makes sense that there are several new players entering the 3D printing game. While it is still a difficult market to break into, the established players are investing a lot in their own research and development, which is helping to move things forward by growing support for the industry and resulting in the addition of new composite materials to the mix.

As we all know, nothing new comes without a few stumbling blocks and one of the main ones for 3D printing has been navigating CAD software, which is targeted at engineers. In 2015, however, many companies are coming up with solutions for this, either in the form of better services or by incorporating scanners into their offerings, which means that any design can be uploaded to a desktop 3D printer. This lends itself to the idea that 3D printing truly consolidates the physical and digital world.

The announcement by MakerBot at CES 2015 that it will offer spools of PLA composite materials, created in three categories i.e. metal, stone, and wood, later this year is also a major development for the industry. With these new materials, that look realistic, becoming available for home and industry printing, the technology will become more valuable and reach a wider user base. 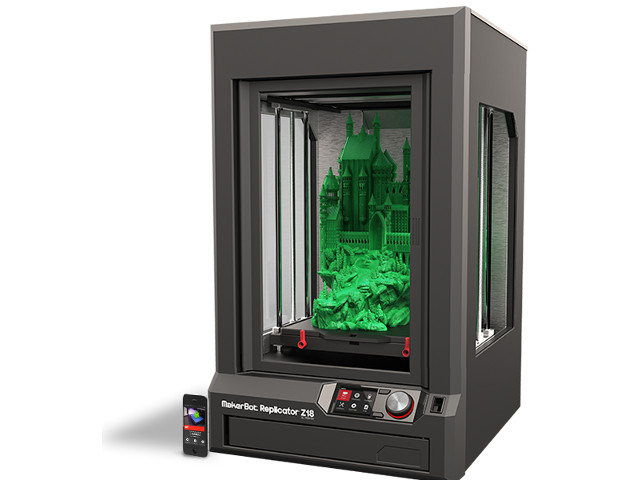 Currently, the user base largely comes from professional industries with a design focus, such as engineering and architecture, with the biggest print categories being scale model, prototype and art/fashion creation.  There is also significant adoption among hobbyists. The opportunities to use 3D printing are endless, and some areas where it has the potential to make a notable impact include:

•         Food: Nasa is one of the biggest advocates for printed food, because of the logistics involved in feeding astronauts on long-term space travels. They are particularly excited about being able to eat printed pizza on their journeys.

•         Transport: 3D printing is playing an increasingly important role in the design and development of vehicles, with the potential to transform not only the way cars are designed, leading to greater efficiency, but their ergonomics and aerodynamics, too. Airplane parts will also be made lighter thanks to 3D printing.

•         Surgery: Creating artificial body parts is another great use for 3D printing in the healthcare industry. Not only would it speed up the process for patients urgently needing surgery, but it would also give doctors in training the opportunity to practice on life-like models to hone their skills.

•         Manufacturing: No longer will manufacturing be synonymous with factories, machine tools and production lines. 3D printing is levelling the playing field and reshaping product development, turning individuals, small businesses and corporate departments into the ‘makers’.

•         Education: Schools are still in the early stages of adopting 3D printing technology, but its potential in the education space is massive. It can provide teachers with 3D visual aids to illustrate difficult concepts and capture students’ attention, and it can make the classroom more interactive as students can work in a hands-on manner with 3D models and even create their own mini-models.

What is significant for the 3D printing industry is that as more people are acquiring the skills to use it, we are seeing the technology being used in new ways for real innovation. Until now, it has mostly been used to print already-existing objects in a different form; however, as we move into the future, there is a definite trend towards using the advancing technology to develop new ideas and new products, as well as customise these products to make them more useful. In addition, the scope to use this technology to improve a host of situations and industries is immense.

And that is the crux of it all. Yes, we are seeing an increase in the speed of printing coupled with the addition of new features that make the price of a printer more justifiable. But what is driving the tech creep from new innovation at the high end, through to the prosumer and finally the consumer, is the fact that new materials, better software and more developed companies are resulting in more valuable technology with more realistic benefits – and really, the sky is the limit.