Amongst the highlights of Aruba’s Atmosphere 2016 conference held in Algarve, Portugal, was the chance to sit down with Dominic Orr, president of Aruba Networks and Chris Kozup, the vice president of marketing. While the interview with Orr paid attention to technology in general, the latter focused more particularly on the role creativity, innovation, disruption and technology has to play in the future of business.

Kozup began by pointing out that fostering creativity for greater innovation in a business has always been important, however this seems to be only becoming more so.

“As the time to business accelerates, and the idea economy comes to the fore, the time from idea to actual product is similarly accelerating. This means that the ability to find the next big idea or come up with a new process improvement becomes more and more valuable,” he elaborated.

Kozup explained that historically businesses have had more time to adapt and recognise where a strategy was failing and then correct course. “That time is shrinking, which means that there is a premium on innovation and creativity that drives businesses to see these things before they become a problem or before they miss the boat. While I would say creativity in the workplace has always been important, I think the time to drive innovation is becoming shorter and shorter to be successful,” he stressed.

However, as for how well companies do at actually fostering creativity and thus innovation, he maintains that this varies both by industry segment and by geography. Giving an example of the latter, he pointed out that depending on the industry, innovative approaches can work better in some regions than others. For example, innovation into the banking sector taking hold more quickly in developing nations than highly regulated ones such as the US and UK. 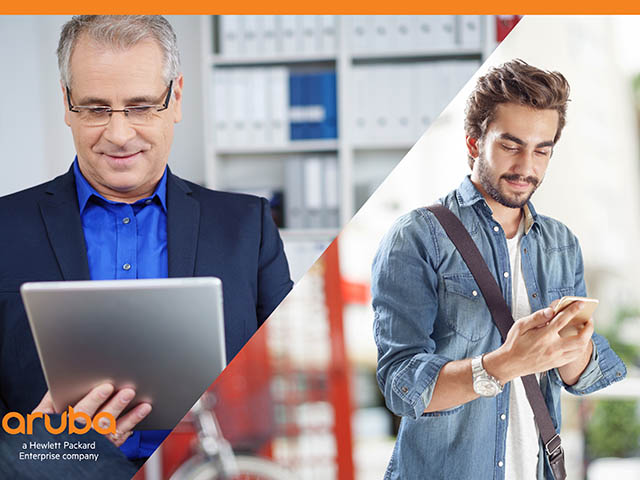 Regulation, however, does not appear to protect that industry from disruption; if anything, it seems to place it in the crosshairs of new start-ups which believe they can take a bite out of banks’ revenue streams with smarter, faster and cheaper solutions.

He cited TransferWise, which leverages technology, big data and analytics to marry supply and demand of those seeking to transfer money from one country to another, while bypassing the costly banking fees usually associated with doing so. On the surface, its approach is quite simple, matching people who want to transfer dollars to pounds, for example, with others who want to transfer pounds to dollars, brokering these transactions through scale.

TransferWise is certainly not the only company looking at megalithic banks and seeing opportunity. Kozup related that the challenge users have to go through just to transfer money from one bank to another in the US is ridiculous, which in itself has prompted other new startups such as Square and Venmo, an extension of Paypal that allows its users to transfer money to a friend through a mobile device.

“I think these examples are being seen and people are starting to recognise that IT is not just a cost centre providing email, this is something that can fundamentally transform their business, or if not, transform the business of a competitor that would then affect their business,” he stressed.

Preparing for the inevitable

What was most interesting is that it seems like the more established, entrenched and resistant to change an industry is, the more vulnerable it is to creative approaches that cause disruption in its business.

While the banks appear to be in the firing line, they are certainly not the only sectors that need to be paying serious attention to innovation, a lesson that the taxi and hospitality industries learnt the hard way with Uber and Airbnb respectively.

So how can companies prepare themselves for what seems like the inevitability of innovation disrupting their business? Kozup indicated that their answer lay in identifying early adopters in one’s company, who tend to be more comfortable with both technology and change. “If you’re an employer, these are exactly the kind of people you want to harness, help incubate their ideas and see how effective you can be at transforming yourself before the industry transforms you,” he urged.

He warned that failing to successfully promote this kind of internal disruption could well see talented employees who understand their industry, the business and technology, leave to create their own start-ups. There is a strong likelihood that they could become their previous company’s competition, forcing it to change to keep up with external disruption in order to remain relevant.

Ignore at your peril

What about those companies which ignore the role creativity and innovation appears to be having? Kozup believes they are going to have an increasingly difficult time keeping up with their fast moving, innovative counterparts. “As business cycles accelerate it just becomes harder to catch up, and they will just fall further and further behind,” he warned.

While it seems like fostering a digital workplace is an imperative part of the process, Kozup reassured that companies don’t necessarily have to have all the latest and greatest technologies to enable their workplace. Rather, he encouraged them to have selective investments in specific technologies and workplace strategies.

Where Kozup agreed heartily with Dominic Orr is on the importance of people and talent, with Kozup putting it bluntly: “I think if a business doesn’t find the right people and keep them satisfied, they are just going to lose out.” He related the story of one employee for a well known technology company who had two young children. She relayed her reason for staying with the company in question, and her ongoing loyalty, being due to the flexibility she was given with regards to where and when she worked.  “It is these kinds of soft touches that are hard to quantify but do actually make a difference. It is critical for employers to grasp that,” he stressed.

Kozup also noted that the typical skillset of IT is also changing, moving away from how well you can code to soft skills, such as how well you communicate, how well you understand business needs and whether you can collaborate effectively. “That human side  becoming far more important and I think it is a key transition,” he added. Furthermore, the people factor only becomes more pivotal as automation continues to advance.

The vision of workers enabled by mobility, geared towards collaboration that fosters innovation and fueled by talented and creative workers seems like the future of working is certainly enticing. However, Kozup stressed one important consideration that all business need to take into account. This is ensuring that the organisational structure are in alignment with this shift.

“You can’t just go to an employee and tell them they are now able to work anywhere, anytime they want, and that they will be evaluated on their output rather than the hours that they are in the office and think all will be well. If their line manager is not part of the overall transition and evaluating them by the time they spend in the office, there will be a big problem,” he warned.

Even so, it certainly seems like a more flexible approach to the workspace is not just overdue, but a critical part of responding to the unique challenges being brought to bear on the 21st century workplace.

While it is apparent that employees are going be more engaged if they can have flexible working hours, are able to access business data from the cloud securely on their mobile device, and able to move from conference room to private space to desk to lounge, it seems like the missing piece of the puzzle is whether, and how quickly, organisations can adjust to this modern day vision of work.

If they do, then hopefully we can finally set the old industrial era notion of work being a place you go to, rather than a thing you do, to rest.