This year’s Citrix Synergy 2014 in Anaheim, California, was impressive in a variety of ways; boasting some 10 000 attendees, a number of speakers, and a plethora of announcements with possibly monumental significance for businesses. TechSmart was on hand to find out more.

Citrix CEO Mark Templeton began by pointing out that there is a great deal more to the megatrend of mobility than just devices or apps. Rather, the megatrend he asserted, actually refers to movement, adding that the industry, workforce and the world at large was moving  and changing dramatically.

He continued with a curious statement, positing that the ultimate component in mobility isn’t a device at all, but rather you, its user.

Get ready to move

“Mobility is really about the movability of people, business, apps, data and desktops, being able to respond to change, whether that change is planned like business opportunities, or unplanned like disaster,” he elaborated. What’s more he continued, is that the amount of both types of change is increasing.

According to Templeton, the transformation of workspaces, and an enterprise’s engagement of its workforce, was more important than ever before, heralding “massive changes in the re-invention of workplaces.” More specifically, Templeton pointed out that there were “massive trends” around workspace re-invention, flexdesking, working from home and completely redesigned workplaces to make more efficient use of real estate, as well as make more efficient use of people.

Additionally, enterprises can expect these driving forces to grow, particularly as the millennial generation enters the workforce. Additionally business’ ability to cater to enterprises’ demands (on businesses to become more mobile-orientated) would most likely influence whether or not they can attract and retain top talent. 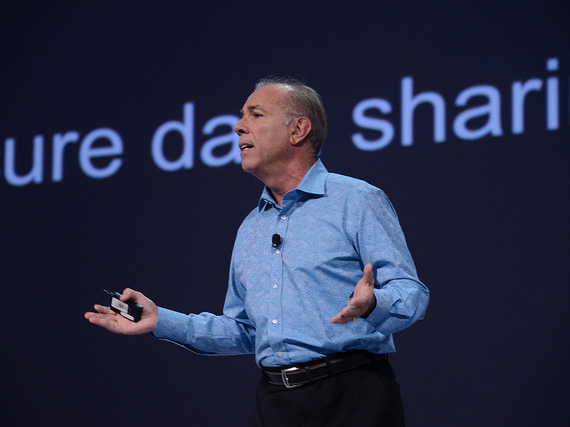 From one era to another

Steve Daheb, Citrix’s senior vice president and chief marketing officer added that the dawn of the cloud era changed everything the industry knew about IT, allowing it to re-imagine how technology could be delivered. Cloud furthermore opened the industry’s eyes to IT as a service and to the potential of functioning as service providers.

“Then we moved into the mobile era, with its massive range of devices that go wherever we go, we live in this always on, connected world that has been custom fit to our hands. This has fundamentally changed the way we work and the way we live forever,” he enthused.

Now, he explained, the industry was  “in the age of experience,” with user experience coming to the fore.

Thanks to the consumerisation of IT, enterprise users expected and demanded a consumer-like experience when using their business tools, with user experience becoming king.

Furthermore, for Citrix, this had become the new differentiator, as Daheb explained that “delivering the best user experience for our customers is really defining the future of business.” 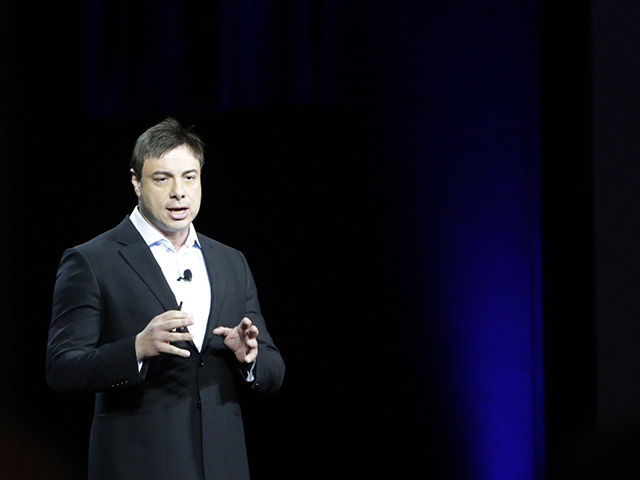 Bringing his assertion back to the matter at hand, namely mobility, Daheb stressed that mobility in the workplace has rapidly become both an expectation and necessity. However, just relying on the status quo was not sufficient. “Until now, businesses have had to rely on disparate technologies to address desktop, mobile and app infrastructure challenges, but those standalone products are no longer meeting the needs of a newly mobilised workforce,” elaborated Daheb.

Catherine Courage, Citrix’ senior vice president for customer experience, added that Citrix endeavoured to cultivate empathy for users’ needs, and believed that empathy was the foundation of great products. “Understanding customers enables us to anticipate their needs and empower them,” she continued.

With this as a core backdrop to the event, Citrix  began rolling out one impressive announcement after the other.

The first standout centred around the Citrix Workspace Suite. This aims to unite desktop, mobile, app and data services, in order to “provide people with a personal mobile workspace that follows them no matter where they go, what device they use, or how they are connected,”according to Daheb.

More particularly and especially relevant, given the prevalent megatrend of Bring Your Own Device (BYOD), the company elaborated that the new Citrix Workspace Suite provides a single, flexible solution that will support multiple corporate or BYO devices per user.  This would provide users with instant access to apps, data and services, thereby simplifying how organizations manage and secure their end user computing environment.

The suite further boasts a slew of technologies, ranging from application and desktop virtualisation, mobile application and device management, to native mobile productivity apps, enterprise file sync and share, and an access gateway that enables enterprises to manage application, desktop and mobile infrastructures. 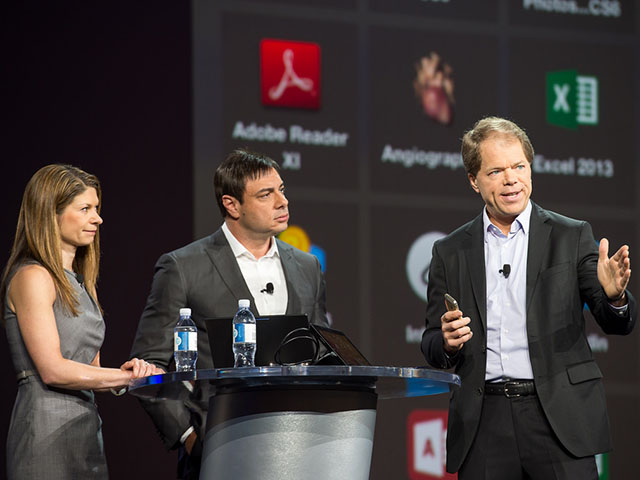 Core to the Citrix Workspace Suite are XenApp and XenDesktop.Following the new versions released earlier this year, Citrix also announced that further refinements were underway that would provide high-performance HTML5 browser-based access from any device; simplify roaming apps across multiple devices; offer support for the latest USB 3.0 peripherals and of course, enhance security.

Furthermore, Citrix Receiver for HTML5 was also showcased, enabling users to take advantage of high-definition experience over any network, using a client that enables any HTML5 browser to easily access a mobile workspace on demand, without any installation required.

What’s more, the company revealed that it was working with Nvidia on a 3D graphics acceleration refinement. This would enable graphics studios, for example, to be able to access processor and GPU intensive applications like Autocad or a 3D design tool from their mobile device. What’s more, users would be able to make changes in real time to a 3D model, without lag, whilst using a touchscreen device.

Also showcased was the announcement of new Citrix ShareFile features. These included integration with any Enterprise Content Management System. Citrix explained that data within today’s enterprises resides in a number of places that are not easily accessible outside of corporate networks or from mobile devices.

To this end, it touted new ShareFile StorageZone Connectors, which offer direct and most importantly, secure mobile access to data that resides behind an enterprise’s firewall. Furthermore, the newly unveiled ShareFile StorageZone Connectors software development kit (SDK) enables any IT or partner organisation to develop connectors to any enterprise content management (ECM) system. This expands the types of data users can access and edit on the go via ShareFile.

Taking into account the prevalence of personal clouds most likely used by employees, new ShareFile Personal Cloud Connectors allow users to access their Box, Dropbox, Google Drive and Microsoft OneDrive accounts from ShareFile, whilst enabling enterprises with the means to determine how and where users store files.

This addresses what is an all too common scenario, in which employees may store sensitive company data, or just their own work, on their personal cloud (ie Dropbox). 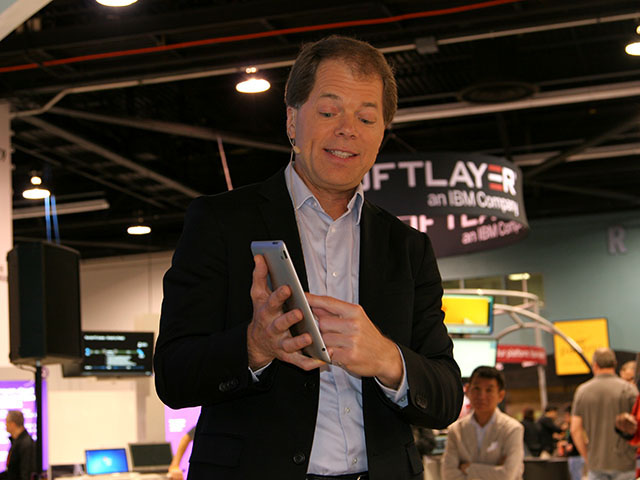 Citrix’s tour de force of mobility enhancing announcements was followed with what was to our minds, one of the most exciting highlights of the event. Leading this charge was the announcement of the new release of its Citrix XenMobile enterprise mobility management (EMM) solution, accompanied by the technology preview of new WorxNotes, WorxEdit and WorxDesktop mobile apps.

The company explained that the new XenMobile release included significant enhancements to user experience, platform security and support, whilst the new workflow-driven mobile productivity apps boast intelligent integrations that seamlessly work together, resulting in a simple and intuitive user experience. We were shown how people can join a meeting directly from their calendar, or take notes and distribute them to all participants with just a few simple taps.

Also addressed was the all too common problem of inbox clutter, with the latest version of WorxMail, intended to help users reduce the time spent reading, deleting and sorting through emails. 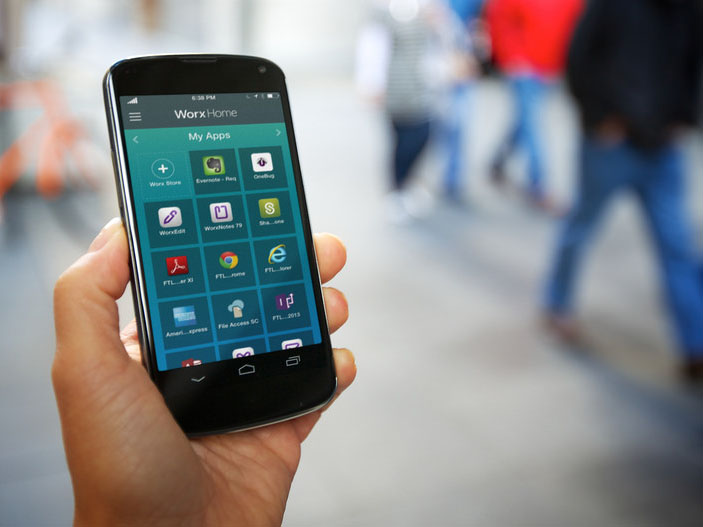 The newest version of Worx was also announced and showcased.

For example, Brian Robison, the principal technology evangelist for XenMobile, gave us a hands-on view of how quickly email can be sorted with a single swipe up on an iPhone marking the email read, or swipe down deleting the email. Finally, WorxWeb,  which offers secure web access has  received a makeover, with an improved user interface as well as support for offline viewing of web pages.

The new announcements, however, came alive when the company demonstrated them in action. Brad Peterson, Citrix’s chief demo officer, showed how device-and-OS-agnostic a mobile workspace can be with the XenApp and XenDesktop in full effect. Peterson showed a variety of applications, ranging from general productivity to graphics intensive design tools like Photoshop, flying between a desktop, tablet and smartphone.

Admittedly, it was eye opening to see a typical Windows application being run seamlessly off an iPad, with mouse and keyboard interface being converted on the fly at the server layer, to run on touch screens. Furthermore, as evidence of how flexible the synergy of the apps actually can be, Peterson went so far as to run Windows  8, with its metro interface, off an iPad as well.

Then, thanks to Citrix Receiver, Peterson demonstrated the ease with which workers could take their open desktop with them wherever they go, and access it, complete with browser tabs, documents and even power options, from whatever device they happen to have on hand.

He also pointed out that it was not apps or devices that were the centre of the workspace universe, but rather data, and for workforces, seamless access to this precious commodity was paramount. 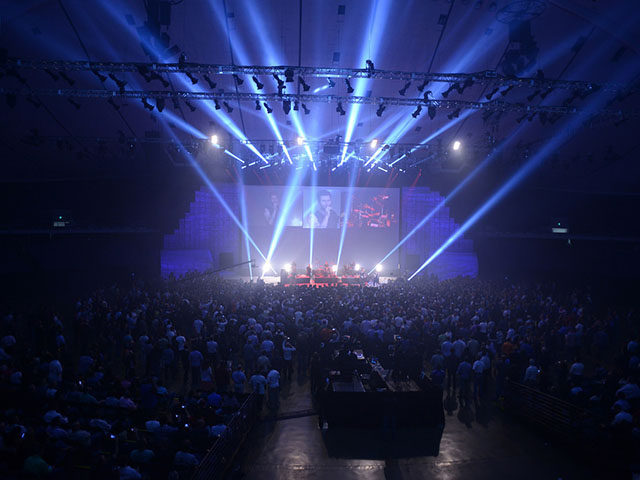 A massive crowd, a number of significant announcements and a heartening vision for the future of work culminated in an equally vibrant celebration, with Imagine Dragons sending off Citrix Synergy 2014.

Templeton explained that Citrix’s “big idea” centred around what he asserted was the most profound change happening in the world or work today, around people and organisations.

“Traditionally people joined organisations but increasingly this is getting inverted; we think that infrastructure and solutions should allow organisations to join people easily and simply; to engage people as contractors, and be able to respond to change more rapidly. We think this is the world of the future, so we are going to power this world by allowing IT organisations to provide this full continuum of mobile workspace experiences,” he concluded.