Digital transformation is a challenge for most industries, but the pains are felt most acutely in the Public Sector. There are several reasons for this, not the least because the sector represents a myriad of different types of enterprises with very different requirements and processes. Another is that the freedoms offered by modern digital platforms come with properties such as data sovereignty that can act as barriers.

Yet a crucial element and one that deserves much more attention is the need for decisive leadership around ICT deployment among state organs. This again is a challenge found across all sectors, but manifests most sharply in the broad and complex public environments.

“It’s a key challenge for the public sector,” said Musa Mahlaba, Public Sector Regional Sales Director at Dell EMC. “There is currently some direction around the most important points of what will make the economy and country work. But at a political level, we haven’t had someone that knows ICT and reads it correctly so it is able to cascade down and be understood by the people who have to execute.”

“We have certainly and still do have some competent office bearers, who have a genuine interest, but the subject itself has not been presented as such that it could change the political or economic fortunes of South Africa.

If and where it has been presented, the political has not been strong enough to act, sustain momentum and create an environment of continuity. Impact, sustainability and continuity are the principles that could lead us to leapfrog areas where we are laggards," Mahlaba continued to emphasise. 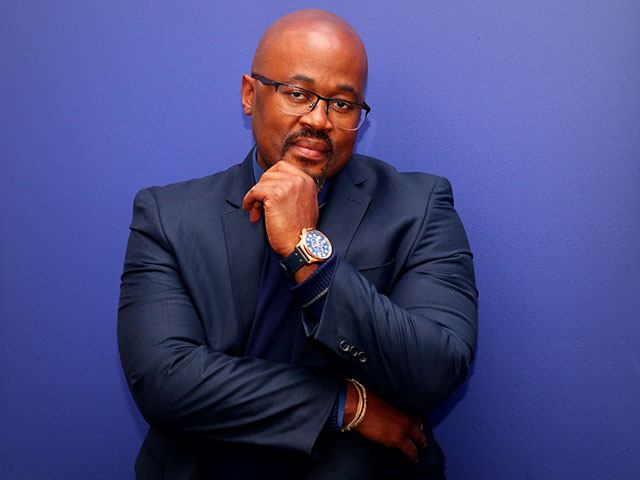 Technology is being lost in translation and this has become the problem of CIOs. They, in turn, have been doing their best to promote the right messages.

“In my engagements with CIOs over the years, a lot of them have taken this in their stride. They do quite a lot to get close to the political and strategic feeds of the departments, including the boards, CEO’s and CFO's where some of these decisions are being made or need emphatic support.”

This could be a point of argument in certain quarters, but such approaches work. Some examples include SARS, the integration by the Post Office with the grants systems, and the Department of Home Affairs. As with all digital projects, these departments have taken steps back as they moved forward, but they still prove that in principle if there is engagement between the political and technological minds in a department, great things can happen.

The right engagement models demonstrate how technology can meet the requirements of a department. Defining such models starts with conversations that aren’t technology driven, but focused on what leaders want:

“If you start talking the language of outcomes - how can technology deliver better governance, efficiency and serve citizens? - the leaders are willing to listen. This in actual fact, includes the different financing models as well as creation of new revenue, which CFO's and potential investors care about due to budget cuts and ever-increasing costs.

Modernisation and digitisation are really in the core of most discussions at this point. But if we are able to then link it back to what modernisation means to a department for economic benefit, for citizen benefit, that’s where change happens.”

How can engagement start at this level? Vendors should play a role by bringing context and perspective to the different pain points in a department, by listening and engaging. It’s a big opportunity that Mahlaba aims to push.

“As long as we boil conversations back down to the fundamentals of governance, that’s when we’ll get the attention that we need. Dell EMC’s position as an end-to-end (from client solutions, to the network edge, into the data centre and the cloud journey) participant in creating digital transformation is key.

Having mastered and embedded ourselves as a key player of IT Transformation, we understand the various moving parts. Working with CIOs, we aim to make topics such as;

relevant to leaders in the Public Sector. Instead of technology being a distant investment, we can talk to them about the value they want to create and how that can be achieved. This is possible, and we know it works. But now we have to listen and engage in order to see the results,” he concluded.