It was the topic of workforce transformation that ultimately won our time and attention. The reason for this was simple - while much attention has been and no doubt will continue to be paid to the technology and hardware empowering  digital transformation, much of the really interesting human changes to our mind are happening on a boots-on-the-ground level.

Chris Buchanan, director of client solutions at Dell EMC, pointed out that workforce transformation requires the industry to take on a level of responsibility it has not to date. He noted that organisations need to reconsider how they deploy IT, particularly as a divide still exists between IT resources and fostering productivity and innovation.

“Traditionally, technology devices were deployed according to three tiers - the executives were typically provided the latest and greatest tech, their workforce were given desktop PCs and then clerical were given the basics to do their job,” he continued. The problem with this cookie-cutter approach, Buchanan elaborated, is that it does not take advantage of what is now available technologically in order to empower productivity.

Rather, he elaborated that technology needs to be utilised to manage the essential function, which is to accelerate business, while delivering ubiquitous mobility. Indeed workers now must be able to access their most important information, such as sales figures, wherever they are, securely. Buchanan explained that in a nutshell, the new workforce needs to be able to implement cloud computing, leverage big data and mitigate risk, with the latter in particular being essential. Indeed, he noted that the reason why the often-touted Bring Your Own Device (BYOD) trend ultimately failed was because security issues were not addressed. 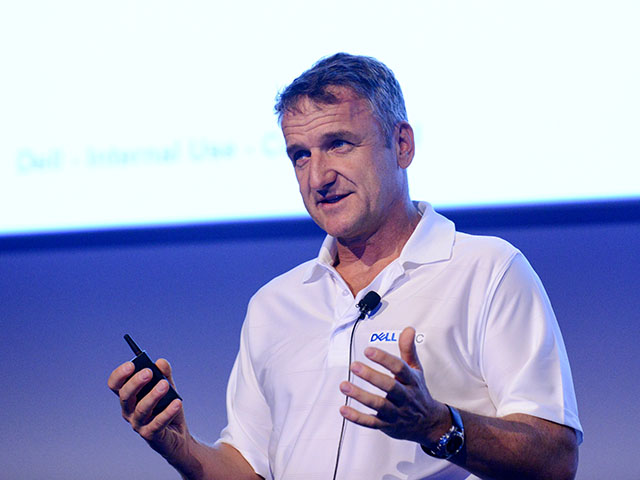 Beyond this though, he explained that workforce transformation also entails really understanding the worker, and ensuring that the organisation gives them the right technology for their job function. To this end, Dell EMC has delineated five worker personas, with each having different requirements in order to enhance their productivity.

Desktop Users are those employees which spend the majority of their time at a desk or in a cubicle. These would be best served by not just a PC, but a set of very good headphones to block out extraneous office noise, and a second screen. Indeed, Buchanan pointed out that a recent study showed that giving desk workers the latters sees their productivity spike by 39%.

The so called called Corridor Warriors are the next type of worker, and these tend to spend 50% of their time in or between one meeting and the next. For them, light ultrabooks or 2 in 1 convertible devices make the most sense. These, however, have to be designed to be presentation-ready - enabling their user to connect to a projector or screen without a hassle, ideally within thirty seconds.

The On-the-go-pro, as the name suggests, is the traveller of the bunch, for whom mobility and a device that is light and easy to dock is essential. For them, tablets or convertible devices often make the most sense. Whatever their device, it should ideally support USB-C, enabling them to connect to power, display and sound via one cable.

Finally, there are Remote Users and Specialised Users, with the former often requiring 3G connectivity, a larger screen and a dock for then they work from home, and the latter being given a machine that is specific to their function. For example, those doing graphics or computer assisted devices would require higher end specifications than other types of workers, or rescue personnel would need a more ruggedised notebook that is built to withstand extreme environments.

Preparing for a changing world

The main point that Buchanan stressed, and the crux of workplace transformation, is that IT is no longer one size to fit all, but technology solutions need to be tailored, so as to deliver what each employee, in their job function, actually requires. To this end, he noted that Human Resources (HR) also has a role to play in educating managers about employees and what they need to do their job optimally.

Furthermore, organisations also have to be mindful of how the work environment is changing, with there being 59% less office space being used than there was ten years ago, Additionally, it was found that more workers are now choosing to work from public spaces, such as coffee shops. All this means that workers, worker behaviour and workplaces are changing, and IT, with the tools it makes available to its talent, needs to transform, and possibly undergo a technology refresh, as well.