Having a phone with great battery life is essentia...
0
comments

The Internet of Things (IoT) has been around since 1999, and a growing number of devices are now connected and able to interact with each other. The most popular IoT devices today include “mood lighting” systems, home thermostats and smoke detectors, and wearable devices offering consumer-grade fitness-tracking and health-monitoring.

“Why does an IoT hearing aid matter more than, say, a garage door that opens automatically when you approach home in your car?,” asks Michael Porsbo, Project Manager, Project ON. “For example, children with a hearing loss depend on their hearing aid. A dead battery is much more than an inconvenience. An IoT hearing aid can address this issue by sending a text message to a parent when the battery is running low. A mother with a hearing loss hears can also benefit with an alert to her hearing aids from the baby alarm when her baby is crying.”

Project ON also provides the convenience people love about the Internet of Things. A gentle ping in your hearing aid when the doorbell rings, or having your hearing aid know to automatically turn off the lights and turn down the heat when you leave the house can make life easier and safer for people with hearing aids. 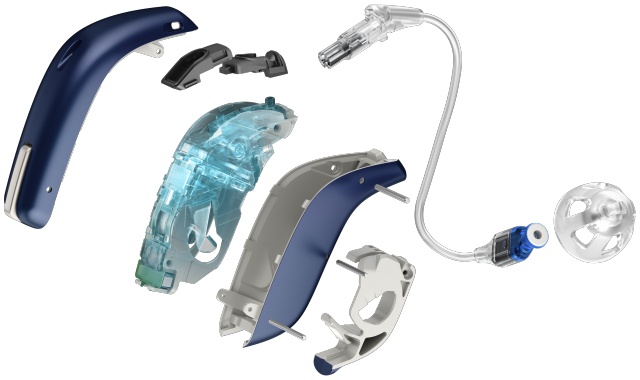 Beyond the practical advantages, Oticon sees IoT-enablement as helping to redefine hearing aids as more broadly functional wearables - a perception that can help chip away at the stigma still attached to hearing aids. “We don’t expect to see people wearing hearing aids just to get these extra functions,” says Porsbo. “But with IoT functionality, the difference between an IoT hearing aid and a connected wireless headset isn’t very great.”

By allowing hearing aid users to choose and even create their own services, project ON gives people the freedom and excitement they expect from the Internet of Things. “Who are we to decide what services people can access, or to stop people from inventing their own combinations of trigger events and responses?” says Porsbo. “The IoT model enables us to give people possibilities – and let them decide where to go with them.”

Project ON will be launched at on.oticon.com where you’ll find  “How To” guides, an overview of compatible devices and an online community that promotes hearing aids as IoT devices and facilitates the sharing of ideas with Oticon developers.