HONOR announces the availability of its new Flagsh...
0
comments

Today at Adobe MAX, HP will showcase the world’s most powerful detachable PC designed to solve the performance and mobility needs of artists, designers and digital imaging professionals who need to push Adobe Creative Cloud and other professional applications to the limit. The performance of the HP ZBook x2, the world’s first detachable workstation, increases productivity and allows digital creators and storytellers the freedom to work when and where inspiration strikes.

HP’s reinvention of detachable PCs began earlier this year with the introduction of the HP Spectre x2 and the HP Elite x2. Today’s introduction of the HP ZBook x2 completes HP’s trifecta with its most powerful detachable solution targeted for the creative community. With this new offering, HP is extending its PC leadership by pioneering a new era for detachable PCs that offer superb performance, elegance and efficiency.

“As the world’s most powerful and first detachable PC workstation, there is no device better suited to turn the vision of artists and designers into reality,” said Rodger Green, Value Sales Specialist, HP South Africa. “With the HP ZBook x2, we are delivering the perfect tool to accelerate the creative process – with unprecedented power, performance and natural ease-of-use. This device will make it easier than ever for creators to do what they do best – bring inspiring new ideas to life and enrich the world around us.” 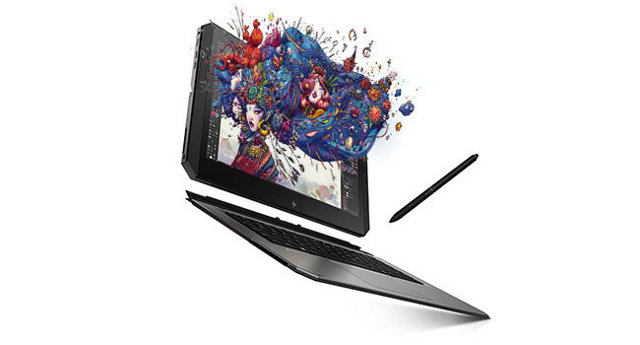 "At Adobe, our goal is to accelerate creativity. Creative Cloud is the platform that enables us to deliver powerful innovation in our apps and cloud-based services supported by Adobe Sensei with artificial intelligence at the heart of every customer experience,” said Green. “Adobe is thrilled with our collaboration with HP, which we know will further fuel creativity and give Creative Cloud members more power and freedom to create wherever inspiration strikes.”

Today, many creative professionals use multiple devices such as a MacBook Pro plus an iPad to accomplish the same tasks that can be done on the HP ZBook x2. Knowing that ultimate mobility is important, HP created a single device that delivers the same performance capabilities from inking to docked mode.

·        In laptop mode, the HP ZBook x2 is a powerful mobile workstation with a keyboard leveraged from the HP ZBook Studio.

·        In detached mode, it allows users to create on the tablet with HP’s most accurate and expressive pen, while still having full access to all of their shortcut keys with the Bluetooth-enabled keyboard off to the side.

Using HP’s most natural pen with the HP ZBook x2, users can create without interruption as the pen never needs to be charged. The battery-less, HP-designed pen based on Wacom EMR technology, responds instantly to every nuance of the artist’s hand for natural motion. The HP ZBook x2 offers 4,096 levels of pressure sensitivity with multi-directional tilt capabilities and includes a dedicated eraser.

As a member of the world’s most secure and manageable mobile workstation family, the HP ZBook x2 features HP Sure Start Gen3 for BIOS  protection, TPM 2.0 for hardware-based encryption to secure credentials, secure authentication methods through the Smart Card Reader and HP’s Client Security Suite Gen3 to protect data, device and identity, including facial recognition and fingerprint reader. 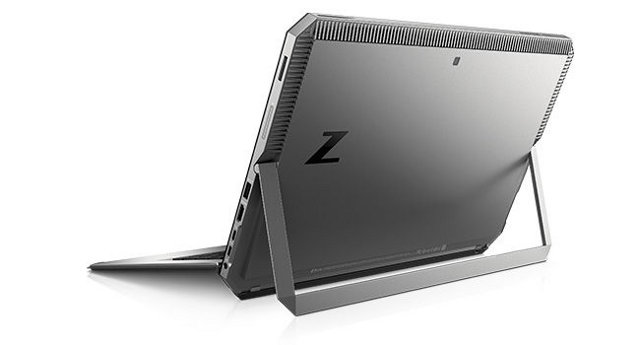 The HP ZBook x2 embodies the intersection of mobility and performance in a fully-machined, aluminum and die-cast magnesium body starting at just 1.6kg (3.64 pounds) and 14.6 mm thin when in tablet mode, and 2.2kg (4.78 pounds) and 20.3 mm in laptop mode. The HP ZBook x2 has a stunning 14-inch diagonal, 4K multi-touch display with an optional, 10-bit one-billion color HP DreamColor display calibrated to 100 percent of Adobe RGB. The HP ZBook x2 has the world’s most advanced detachable PC display and includes an anti-glare touchscreen allowing users to immerse themselves while working in any lighting condition. At the desk, it can power dual 4K displays from the HP ZBook Dock with Thunderbolt 3.

This detachable PC has up to 10 hours of battery life for maximum productivity and ultra-fast recharge (50 percent in just 30 minutes). The HP ZBook x2 offers up to 4.2 GHz of IntelTurbo Boost, 32 GB RAM over dual channels for more responsiveness under heavier workloads like complex layering in Photoshop. The model’s HP Z Turbo Drive storage is up to 6X faster than SATA SSD and up to 21X faster than traditional HDD storage. The HP ZBook x2 offers up to 2 TB of local PCIe storage and incorporates a full-sized SD card slot, perfect for professional photographers. Using the dock or Thunderbolt 3 ports on the HP ZBook x2, it can transfer large files from cameras, external storage, phones and other peripherals.

Designed to go anywhere and handle the toughest workloads, the HP ZBook x2 mobile workstation is designed to pass MIL-STD 810G testing. The HP ZBook x2 also undergoes dozens of tests for certification and optimized performance with the industry’s leading software providers like Adobe and Autodesk.