Puma and Neymar Jr. invite you to the world of FUT...
0
comments

Ensuring the secure flow of information within a b...
0
comments

Global Sports Brand PUMA reveals Antoine Griezmann’s very own signature evoSPEED Derby Fever boot ahead of La Liga’s 214th El Derbi madrileño. Griezmann will step out on pitch in the new boots at Atlético’s hometurf, el Calderón on Saturday 19th November. With five derby victories already under his belt, Griezmann will be setting out once again for glory during the hotly contested meeting in the Spanish capital.

To celebrate the historic encounters between longstanding local football rivals, PUMA has been collaborating with top players to pay tribute to their local rivalries. Gaining personal insights into each player’s key derbies, PUMA has developed an eight-part series of special edition boots that can be worn with pride on matchday. Working closely with Antoine Griezmann on the design, PUMA has created the signature evoSPEED SL-S Griezmann Derby Fever with an Atlético inspired look and feel that doesn’t compromise on style. Red soled with a white and red upper that features stars and stripes, the boot is a tribute to the home jersey and iconic Club badge. The custom boot features a bold Derby Fever emblem on the outer heel, further emphasising that this is no ordinary game. 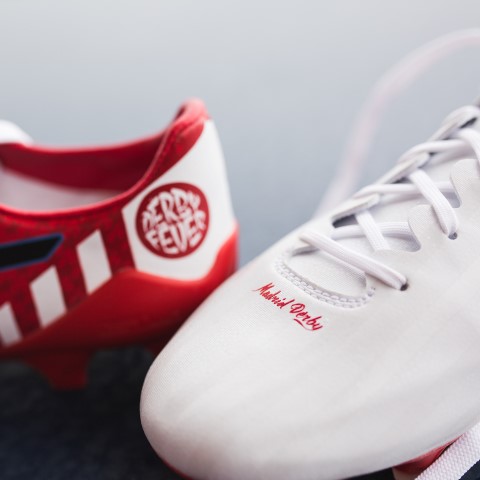 The Rojiblancos makeover further boosts the honour and pride felt by Griezmann when pulling on the home shirt ahead of such a high pressure, passionate game. Commenting on the new boots, Atlético star, Antoine Griezmann said, “El Derbi madrileño is an important game for us against tough rivals, but we are feeling confident to play with the home support from our fans. Our Club is developing every season and the current squad has huge potential so I am very proud to pull on the Atlético shirt every game. I feel even more honoured to wear my own signature boots inspired by the Club and the Derby. I enjoyed working with PUMA on the design of the boot so playing in these special evoSPEEDs will make the game even more memorable.”

The evoSPEED SL-S Griezmann Derby Fever is a special edition update of the latest boot in the SPEED family, sharing the same philosphy of enhanced speed and agility. Constructed with a Japanese microfibre upper material, the SL-S feels soft and comfortable while allowing a better touch on the ball. The updated laser-cut SPEEDFRAME structure optimises the boot’s shape further, providing support during forward acceleration and quick turns. For optimal fit and additional support, the boot features a minimalistic external heel counter. Additional performance features of the SL-S can be found in the outsole. The SPEEDTRACK spine provides the perfect balance between stability in the midfoot and flexibility in the forefoot, enhancing both speed and agility. The lightweight nylon outsole’s stud configuration is composed of a mix of bladed and conical studs, providing increased levels of stability, traction and acceleration. 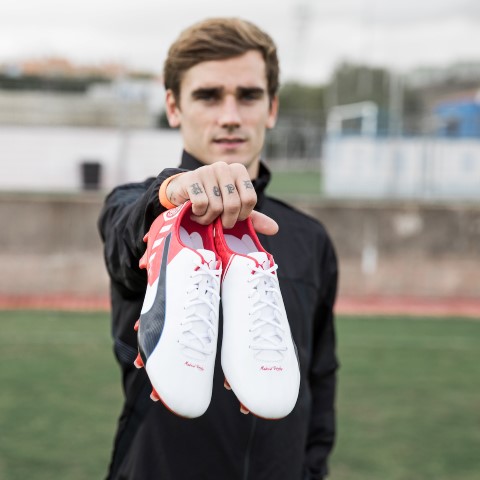 The evoSPEED SL-S Griezmann Derby Fever boot will not retail in South Africa but available to purchase online at www.puma.com from 20 November 2016.