Along with Blades of Brim (review), another mobile game to emerge that has stood the test of time, keeping me coming back to it time and again, is Looney Tunes Dash. There are two reasons for this – first, particularly for children of the 80s, Looney Tunes Dash will quite possibly have a certain nostalgic value to it, and secondly, the game is ridiculously slick with very high levels of replayability.

First off, pretty much the full, and very recognisable cast are here – from Elmer Fudd who relentlessly pursues Bugs Bunny, to Daffy Duck, Yosemite Sam, Wile E. Coyote, the Roadrunner, and Sylvester, still scheming over capturing Tweetie bird with dinner on his mind. Also most recently added is Speedy Gonzalez.

This makes it tremendously endearing, not just for those who have fond memories of these characters that may, or may not have populated their childhoods. Moreover, the characters, where appropriate, are impeccably voiced, with everything from Elmer Fudd’s lisp to Tweetie’s “I taught I taw a pooty cat,” delivered flawlessly. 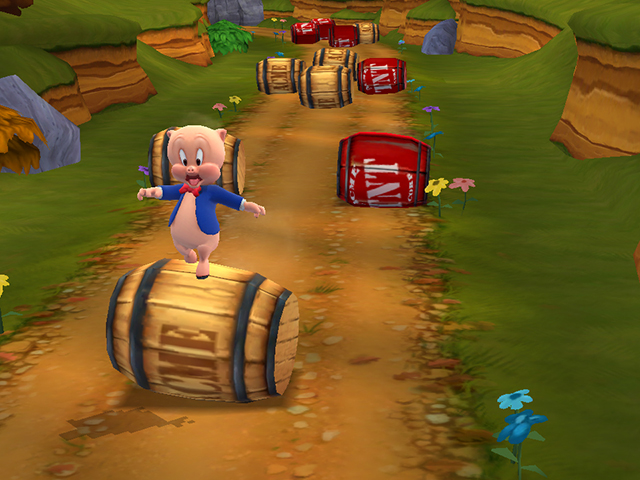 Essential for a running game of any sort is its responsiveness, on its this point, Looney Tunes Dash does not disappoint, at least when played on the iPad Air and Galaxy Tab S. Swipes are smooth and changing course, which is essential to avoiding the myriad of obstacles the game litters your path with, works flawlessly with no lag.

Each character has its own designated number of levels; starting with Bugs Bunny and then progressing the further you get into the game, to give Daffy, Roadrunner, Tweetie etc. their chance to shine in their own levels.

Furthermore, the levels differ greatly – in Bugs’ levels you flee for your life, wisecracking all the way through a forested area, Roadrunner speeds through dusty desert canyons while for Tweetie it’s a suburban setting that he has to escape Sylvester in. Thus, the obstacles you have to jump over, duck under and get past similarly change. In some levels, it’s fallen trees and traps that impede your path, in others, it’s oncoming Mac trucks or lawnmowers and open oven doors. 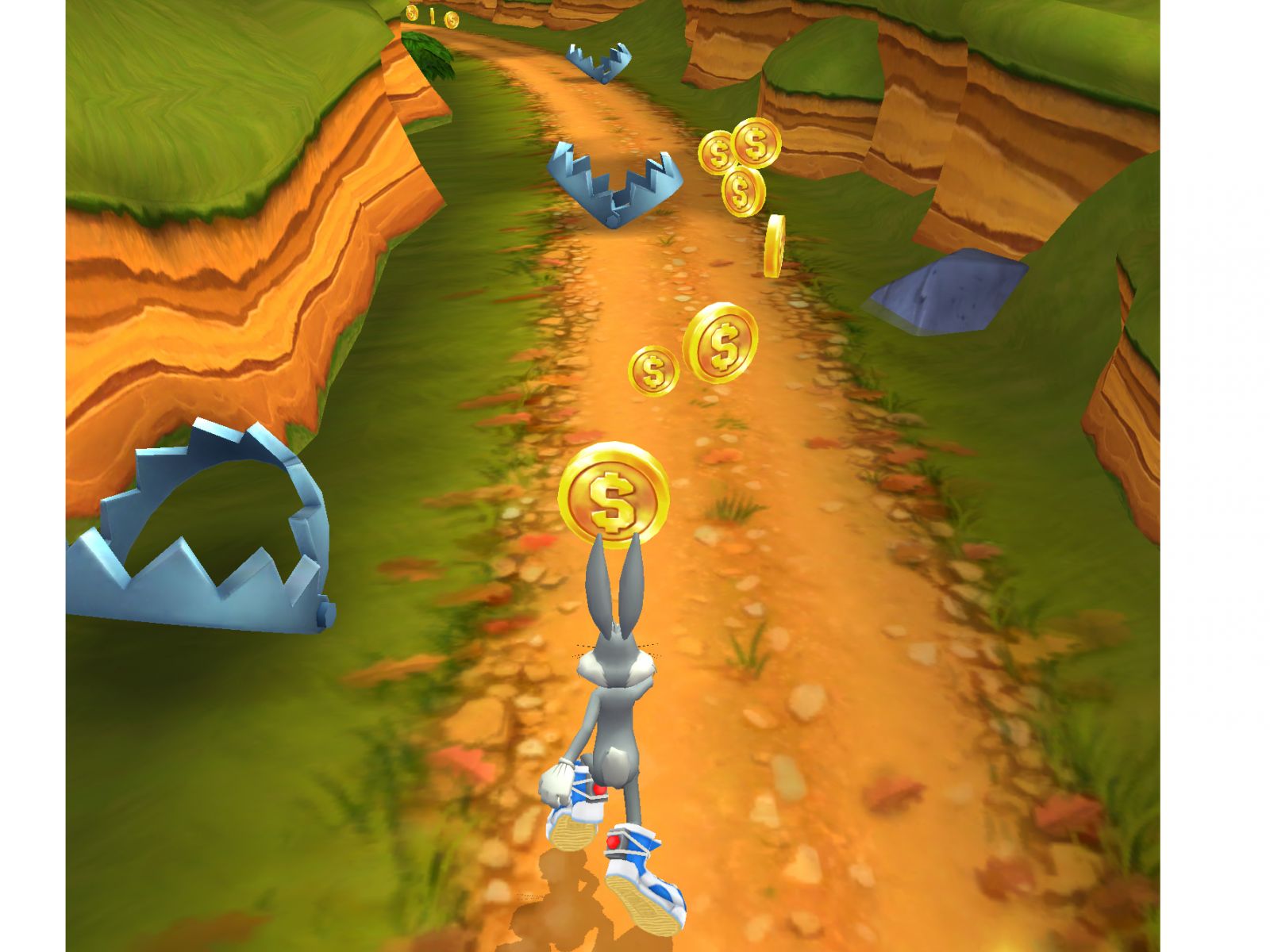 While the levels play somewhat like an endless runner, they are not truly so – you run from point A and end at point B, completing the level either well or by the skin of your teeth. In order to move on to the next level, you have to fulfill certain objectives, which vary from one level to the next. In Bugs’ and Tweetie’s case, that is capturing a specific number of carrots or music notes respectively, while Road Runner has to smash through a specific number of blue barrels while avoiding explosive red ones.

Fail to do so and a massive iron gate slams down in front of your end objective, unceremoniously sending you back to the beginning.

Adding a bit of depth to the gameplay is the presence of powerups; again, these are character specific. For example, Bugs can obtain a pair of boots which when activated send out a shockwave to flatten obstacles, while Road Runner has a speed boost with which he can upend trucks. These though only last for a short time and recharge once used while you are running, so you cannot use them indiscriminately.

Much like Blades of Brim, Looney Tunes Dash doesn’t pester you with in app purchases, or make it impossible to play the game without laying out some cold hard cash. Granted, spending money to buy Looney Bucks enables you to continue games more easily when you slam into something unexpected mid run, or to more quickly upgrade your abilities, but it’s possible to enjoy the game without spending a cent. The one caveat to that though is that if you manage to deplete all of your lives (six) in one sitting, you have to wait for them to refill before you can play again. Alternatively, if you are really the impatient type who considers 17 minutes too long a time to wait, then you can opt to spend some Looney Bucks. 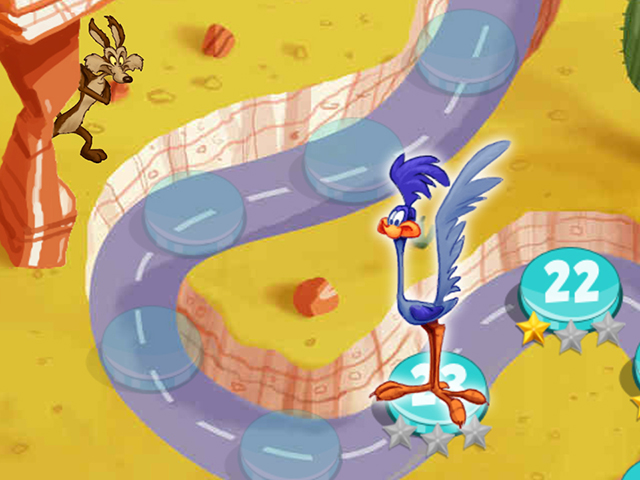 Thankfully though, these can be earned in other ways. Like many mobile games, Looney Tunes Dash has a social media component, and thus logging into Facebook and inviting friends to play can also net you Looney Bucks, providing the friends in question reach Level 7 (not hard to do at all).

The other caveat is there are third party banners and ads between runs, which become a bit of a nuisance if you play for a while. However, these can be disabled for a one time fee of R55 or $4. That though, I found to be money well spent, especially when you consider how many levels there are and the replayability of most levels, many of which have hidden paths to access.

Should you remember this cartoon world fondly, Looney Tunes Dash provides a nostalgic madcap sprint down memory lane. If you don’t, well, it’s still a highly entertaining and terrifically fun mobile game for your iOS or Android device nonetheless.