If you love or even just like penguins (and really, how can’t you?), enjoy puzzle platformers and are a somewhat obsessive compulsive collector, save yourself now, and whatever you do, don’t read any further.

Presuming you are still here, Adventure Beaks has all three of these, as you guide your team of penguins through side-scrolling mazes to reach an igloo home. The danger is that the gameplay is utterly addictive. While it sounds pretty simple, and on the surface, it is, there’s considerably more to it than that. In each level, you need to collect eight cunningly concealed pieces of an artifact, completing one for each level. Completing enough of these opens up further levels. 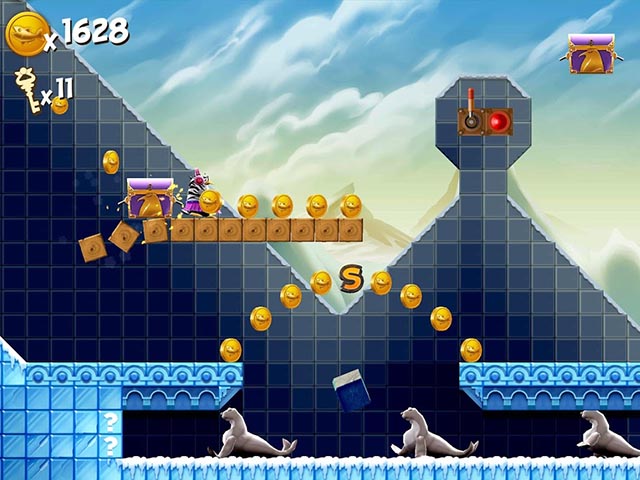 There’s a catch though, as each level has multiple routes, and thus requires more than one playthrough to get them all. This makes repeat playthroughs irresistibly compulsive, especially as your cute penguin waddles on inexorably, and you have to make quick decisions whether you are going to jump or dive as you move forward. Doing each at the right time enables you to access hitherto untrod paths.

You can see the different options as you move through the level, practically teasing you to come back and take another shot at it when you’re done. Add to this the fact that there are also treasure chests, letters of the word Bonus to collect, keys which unlock other avenues and hidden pathways to find, and you have pretty good impetus to revisit the levels multiple times.

The levels vary; sometimes you are marching through the icy terrain of the Antarctic or puddle hopping and diving to reach your home, in others you navigate underground tunnels and caves with a lamp or test your jumping skills on high, moving platforms. 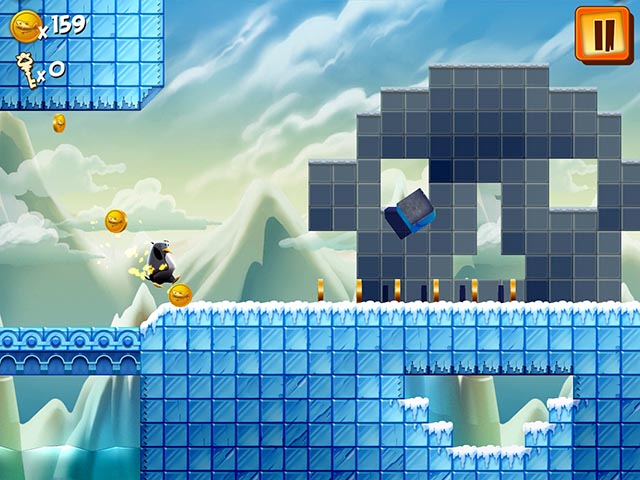 I smell something fishy

There are also a few optional levels which are epically difficult; you don’t have to complete them to progress, but if you are a fan of a good challenge, you can put your reflexes to the test. While checkpoints along the path are generous you still have a small team and thus limited number of lives to attempt the level.

If all your penguins perish mid level, you can other pay real money (R60) to permanently add more penguins to your team, or watch a free video, typically a 30 second promotion for another game, to receive a second chance. Alternatively, you can just start the level from the beginning. Considering that the levels are quick and bite sized this isn’t too much of a hassle.

Worth mentioning though is that whatever purchase you make permanently disables in-game ads. 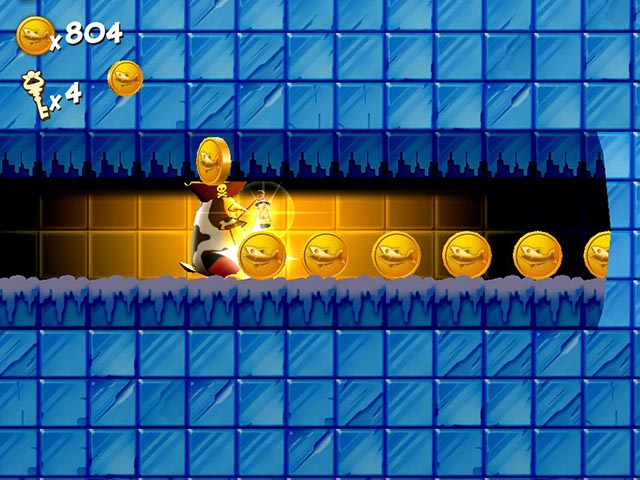 Want to play dress up?

In case guiding your team of renameable waddling penguins past the intermittent threats of jumping scorpions and unrelenting seals isn’t enough to endear them to you, you can also dress them in various items of clothing, equip them with accessories or give them a completely new skin, to make them more distinguishable. All are found in those treasure chests, although they can also be purchased with Adventure Beaks’ in-game currency.

Additionally, you can also purchase power ups - a magnet attracts the artifact pieces from a distance, the power beak makes you invulnerable to your enemies and Radar enables you to see the location of all uncollected items.

Oddly enough, you cannot purchase the game’s power-ups with that same currency, possibly the only downside I found to the game; if you want these you are going to have to fork up real money, about R27 for three power-ups. You can play the game perfectly well without them, but it would have been nice if they could be purchased using in-game currency as well. 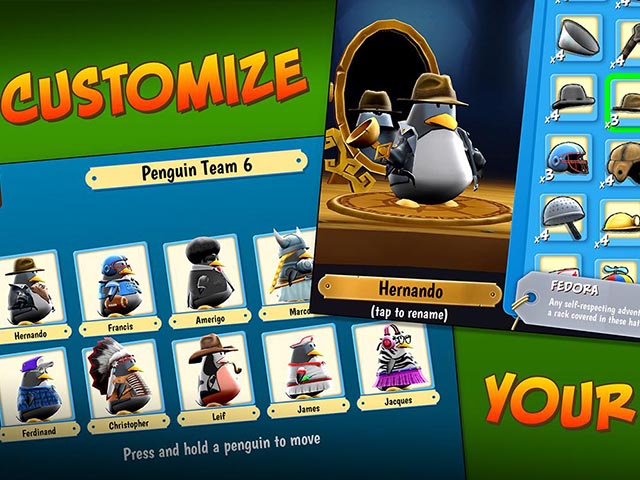 WARNING: Here there be puns

The game has a subtle but appreciable sense of humour – for example, one of the accessories that you can find or buy is a Sacred Sceptre, which according to its description, distinguishes its owner as the leader; it’s actually a toilet plunger. Or, if you have ever wondered what a penguin would look like in a penguin suit (tuxedo), you can dress your elected penguin in the item humorously named It’s a Rental.

Making a compelling mobile game that stands out from the enormous number of great games is most definitely a tall order these days. In playthrough though, Adventure Beaks is not only a satisfying and challenging chunk of mobile gaming, it’s a happy feat (remember, you were warned) well achieved by developers GameResort. The game is free and available on Google Play and the Apple App Store.