If you're looking for a charming, fun and unique RPG (role-playing game) experience, then entering the land of Albion in Fable III might be exactly what you were searching for. The game is chock full of adventure, exploration, beautiful vista's, quirky citizens and an excellent dose of British humour.

Story
Fable III takes place fifty years after the events of Fable II and loosely continues the storyline from the previous game. In Fable III the industrial age has come to the land of Albion, but together with technological progress came a new terror, a tyrant king slowly sucking the life out of his subjects by way of cruelty and mass militarisation.
Now it's time for a new hero to rise up and save the kingdom of Albion and that, of course, is where you come in. The player takes on the role of brother or sister to the evil king, and soon after the game starts the prince or princess is faced with a horrendous choice from the king. After this it's clear how twisted your brother has become and the game starts taking shape as you and a couple of close aides make an escape from the castle, embarking on the journey to amass an army and ignite a revolution.
Throughout the main quest players will be tasked with a great number of missions in their journey to attract enough followers to start a successful uprising. But the thing that makes Fable III unique is that the game doesn't end with the overthrowing of King Logan (your brother), rather it allows the player to continue into a post-game mode in which they rule the Kingdom either as tyrant or saviour. The story of the game is obviously one of its main strong points, so for the sake of new players we won't reveal any further spoilers.

Gameplay
The choice of whether to be good or bad is central to the Fable III storyline and the decisions you make throughout your journey all impacts this. The moral choices you make in the game are astounding and we were surprised how difficult some of them proved to be. Whatever you choose, the game has been designed to cater to the sadistic ruler as well as to the knight in shining armour.
As you continue through the game you'll complete a wide variety of quests ranging from winning the support of local leaders to collecting hidden treasures and exploring the rich land of Albion. In Fable III a lot of the classic RPG elements such as levelling up with complicated skill trees has been removed in favour of a more streamlined approach. While RPG purists might not like the new direction, we found it to be a very intuitive and smooth affair which gives a unique perspective to an otherwise over-used gameplay mechanic.
As you progress through the main quest players gain access to the “road to rule”, an interactive progression device through which players can unlock new gameplay elements as well as abilities and items for their characters once they amass enough followers.
The game also scraps the traditional menu system for an interactive sanctuary. By pressing the start button players can return to their sanctuary instantly which your trusty butler has outfitted with a dressing room and armoury alongside a very useful map of the world. This new menu system takes a bit of getting used to, but it offers a very useful and fun alternative to scrolling through pages of text based menus.
As in Fable II, players also have a trusty canine companion this time around. Although the dog options in the game (upgrading and teaching new skills) isn't as comprehensive as in Fable II, your dog still provides an essential combat and treasure finding role.
Once again players have access to three different kinds of attack namely, magical, melee and firearm, each controlled by a different button on the Xbox 360 controller. All these attacks can be upgraded and players can use various heroic weapons which they'll discover throughout the game world.
Combat in Fable III felt smooth and satisfying as your character swiftly transitions between using their different weapons and abilities. Players also have access to much more elaborate combat flourishes which are activated by holding down and releasing the attack button at the appropriate time. Other than this combat is a pretty straightforward affair although it remains highly enjoyable. 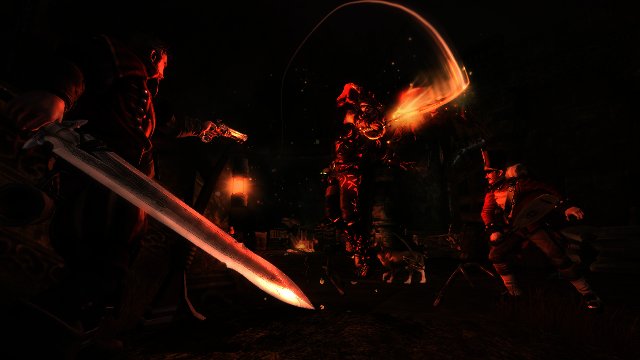 Public image and pie-making
As in previous Fable games players can interact with basically every person in the game world be it beggars, craftsmen, children or any of the numerous people's you'll encounter on your journey through Albion. Here players can also help build up their morality rating as you can hand out money to the poor or belch in their faces if that's more your style.
A new interaction mechanic introduced in Fable III is holding hands. From your very first experience in the game this charming, albeit slightly buggy new mechanic makes itself felt. From holding hands with someone dear to you, to leading a blind man out of a cave, to dragging an unwilling participant to work, we were surprised at the different ways Lionhead have incorporated this unique new element. It's still a little buggy though, becoming especially confused when you try and lead someone up and down stairs, but we nevertheless found it an interesting new interaction.
To make some extra money in the land of Albion your royal character will have to bite the bullet and participate in some good old manual labour. From making pies to blacksmithing to playing the flute, you can flaunt your wares by way of these rhythm based mini-games which provides a nice break from slaying your enemies and running for office. Players can also aim to become big time property tycoons by purchasing and managing property in the game. These can be used as personal real estate or as revenue producing rentals. 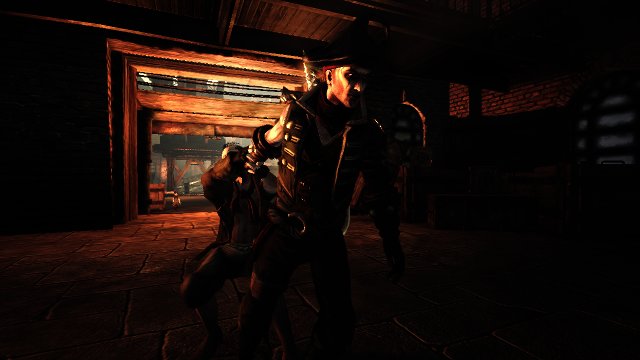 Look and feel
Fable III is a gorgeous game to behold and it's clear that the team at Lionhead Studios have put a lot of effort into making the game appealing both on the video and audio side of things. Veterans of Fable II will hardly recognise the new game as it's peen polished and refined to stretch the limits of the Xbox 360.
The sound in the game is also worthy of an Emmy award. From the game's beautifully orchestrated soundtrack to the cast of high profile voice actors which includes Stephen Fry, Sir Ben Kingsley, Zoe Wanamaker and Simon Pegg, every bit of audio sounds wonderful. The British cast also serves as a welcome break from the American “hoo-rah” voice acting found in most games today, instead focusing on witty remarks and correct pronunciation. 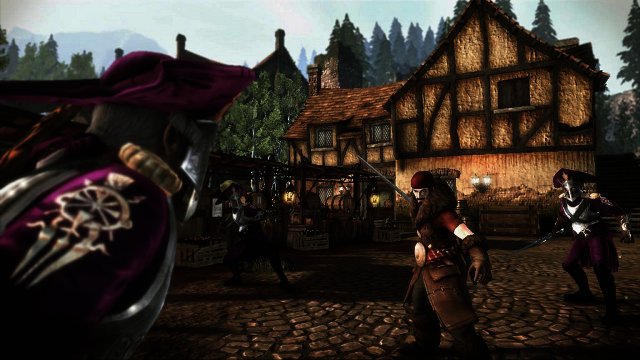 Conclusion
Fable III is a wonderfully refreshing and unique title to add to the Xbox 360's library of games. The title will charm players with its good dose of humour alongside a very memorable storyline as well as quirky characters. Side-quests and post game adventures will also keep players busy for a while, so expect the full Fable III experience to last a good 20 hours or more.
The game is slightly hampered by a few bugs which crop up here and there, but overall it's definitely worth embarking on another adventure through the kingdom of Albion, viva la revolution!

CONS
A few bugs crop up here and there, and the scaled down leveling system may not appeal to some.
TAGS:
fable IIIfablelionhead studiosxbox 360peter molyneux
USER COMMENTS