Sam Fisher is back, and after emerging from the development shadows, it’s clear that the long wait has been well worth it.

While not everyone, particularly longtime fans of the Splinter Cell series, may have always agreed with the direction in which the more recent entries have headed (Splinter Cell: Conviction, for example), we suspect there will be little argument that Blacklist is a slickly produced game that is certainly compelling. The game starts with a group calling themselves The Engineers setting off a brutal attack on America, and promising more to come. Enter Fisher and a quickly comprised Fourth Echelon team to thwart the impending danger. 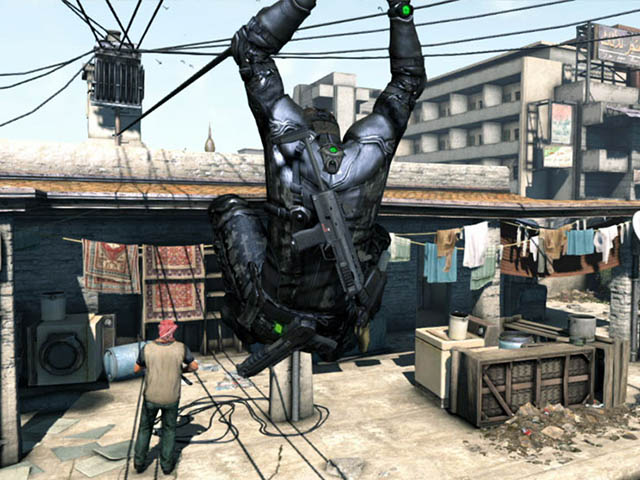 Unbeknown to Ed, the two Panado's he had just taken weren't about to eradicate his splitting headache after all.

To its credit, while the game wears its stealth credentials proudly on its sleeve, it does offer you a choice of three playstyles. Those opting to be a virtual ghost can approach missions with the aim of remaining consistently invisible (there is still something thrilling about hiding in the shadows practically under your opponent’s nose while they are none the wiser).

Playing as the so called  Panther style (our favourite), enables you to be as deadly as an assassin, killing lights and emerging from the shadows only to strike and dispatch your enemies, before melting back into the comforting dark. Players who prefer a more direct approach to missions can instead opt for the no holds barred Assault (shooting first and never asking questions). Playing according to these styles awards you with points and cash, which can be spent on upgrading your exhaustive arsenal of gear.

Speaking of this, your gear loadouts, which can be selected at the start of each mission, enable you to customise your weapons, armour, and gadgets to best suit and enhance your playing style. Along with an array of destinations to infiltrate and missions to undertake, Fisher and co’s base of operations is a feature in its own. This military aircraft called the Paladin, packs enough tech and gear to make Tony Stark drool with envy. 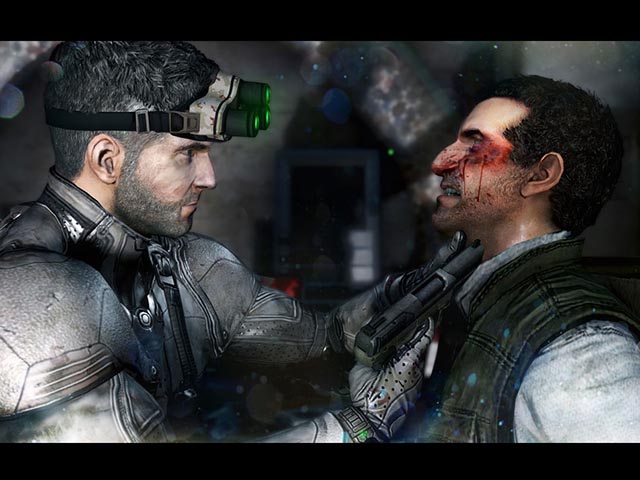 "Now, tell me again: Who ate the last slice of leftover pizza?"

Ultimately, Splinter Cell: Blacklist show just how long a way the series has come since 2002, but we ended up being most pleased that the latest entry has stepped into the light. It’s well worth skulking or rushing into a retail store, or sneaking online, to pick up. R500