Test Drive Unlimited 2 is something of a different beast when it comes to racing games. Sure, there''s racing, slick rides and all that, but there''s also a RPG element that will sometimes make it feel like you''re playing The Sims instead of an adrenaline inducing racer.

Atari and developers Eden Games attempted to try something new in the realm of racing games with the release of the original Test Drive Unlimited (TDU) in 2006, branding it a new term called M.O.O.R (Massively Open Online Racing). This ambitious blend saw the studio attempting to merge the world''s of racing, competitive online play and simulation into a single game, and while the first TDU did a decent job of this, TDU2 is an improvement on the formula from every angle. 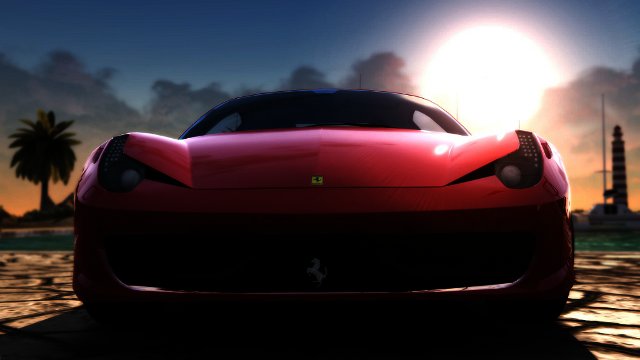 Racing games don''t usually have much of a story attached to them, and if they do it''s a very quickly contrived, “you are a racer, go race”, affair. This however is where TDU2 differs, it''s not that the story is going to keep you from driving, don''t worry, but it does something more than the usually empty narrative sequences.

The game starts off showing a rather decadent birthday party taking place for none other than yours truly. While dancing and enjoying the expensive party snacks, we''re called down by our partner to come and take a look at our brand new birthday present, a shiny red Ferrari. We take the car out for a spin, and everything is going fine until a loud knock rudely plucks us from the dream.

Instead of starting out as a loaded playboy (or girl), the game sees you donning the handsome valet uniform of one of the island''s hotels. You know, the guy who parks rich people''s cars, that''s you. Luckily, through a slightly confusing set of circumstances we''re given the opportunity to prove ourselves on the road, and before you know it you''ll be on your way to the top of the professional racing circuit. 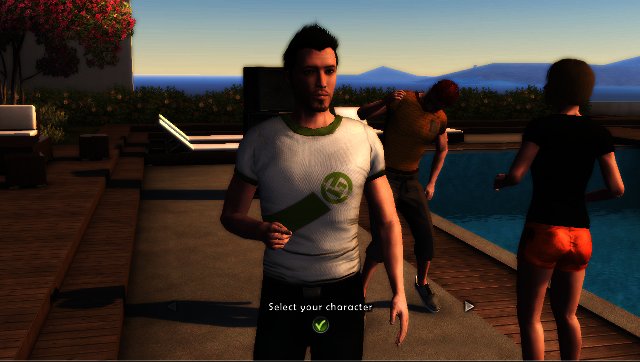 The game sets players into a fairly free roaming environment, a nice change, with players having to physically drive to different locations in the gameworld. Need to earn that new license? You''ll have to follow your GPS to the racing school first.

Players are also given large worlds to explore, with these getting even bigger as you progress through the game, as the starting area of Ibiza opens up to the wider Hawaiian island of Oahu.

The game also has a very structured levelling system, useful when dealing with so many different variables. A level cap of 60 is introduced, divided into four sub-categories of 15 levels each namely Competition, Collection, Discovery and Community. Players gain Competition experience by participating in races, gain collection experience by buying some of the different luxury items in the game and gain Discovery points by simply driving on new roads, finding new shops, car dealers and so on. Lastly, Community points are awarded based on your online activity, friends and so on. 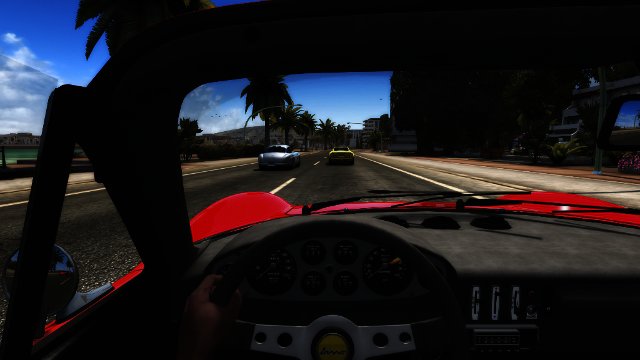 Before we can get into the actual racing, it''s important to note that TDU2, as mentioned before, contains an entirely different gaming experience packaged with the racing title. Players aren''t super glued to their car seats here, you can get out and walk around in the world, interacting with people and shops, both on and offline.

This brings in an extra avatar control system, which shows you a first person view as you walk around in the gameworld. It really is quite impressive to see how much of this non-racing content has been added, players can buy houses in the game, decorate them how they see fit, and then invite other players over for a session of MTV Cribs.

Clothes and accessories also plays a big role, with the game employing a clothing system similar to that seen in The Sims and GTA IV. Later on in the game you can even change your avatar''s appearance from the ground up, having them go under the knife for some pricey plastic surgery.

All these luxury lifestyle additions definitely adds to the game, giving players the opportunity to live out the lives of the rich and famous to a much greater extent. At the end of the day though, the changes are purely superfluous, and the enjoyment of these features will vary from player to player. 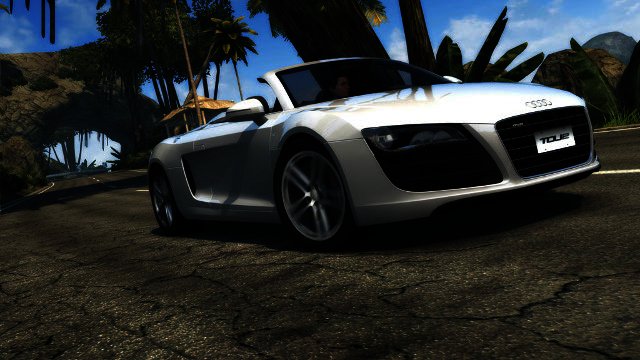 At its core, TDU2 is still a racing game, and cars, speed and adrenaline is what it''s all about. At the start players have enough cash to buy either a classic Ford, Lancia or Lotus, and this is what you''ll use to start making a name for yourself on the island. The game then offers three levels of difficulty, the easiest with full driving assistance on, while the “sport” and “hardcore” modes progressively ramps up the difficulty.

Playing the game on “sport” difficulty we were amazed at how easy it was, edging more on an arcade style racing experience than on the more realistic driving you''ll find in titles such as Gran Turismo 5. We quickly earned our first racing license and proceeded to compete in our first championship, winning 100% of our races even with one or two meetings with the curb thrown in the mix. The AI gets harder as you ramp up the difficulty, but in terms of driving aids not much felt different.

The handling of the cars in the game didn''t feel quite as responsive as in other racing titles. The cars are still very drivable, but it did feel a little bulky at times, introducing players to a sometimes awkward mixture of arcade and simulation racing. The controls were decent, giving the driver a wide variety of options, from tuning the radio, blaring on the horn, adjusting the window levels, or whether the roof is up or down if you''re driving in a convertible.

The game also introduces a system of earning some extra cash as you drive around, with bonuses awarded for closely dodging traffic, nailing the perfect drift and catching some air.

The real challenge comes in with the online aspect. Here players can take on one another in races, set up challenges, clans and clan battles, and if they want, simply socialise in the TDU2 world. Driving around the island, players can flash their headlights at other players to challenge them to a quick race (for cash of course), a very nice addition.

Different racing modes such as Follow the Leader and Keep Your Distance are also supported as well as game lobbies. The best way to experience the online aspect of the game though is to form a racing club with some friends, enabling you to organise your own races as well as enjoying the rewarding experience of playing together, with or against each other.

Unfortunately we couldn''t test the multiplayer aspect out to the extent that we hoped, a few connectivity issues still seem to be in place at the moment, with players popping in and out, but these will hopefully be flushed out by developers soon enough. 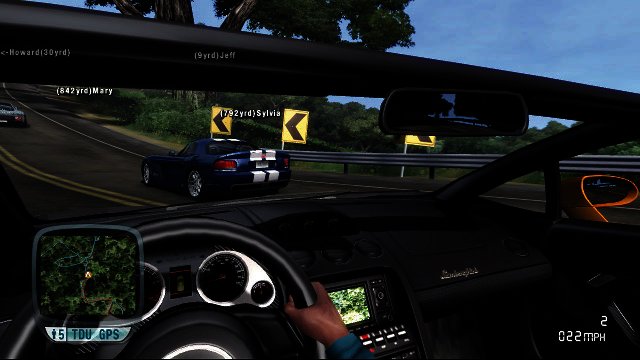 TDU2 is definitely an ambitious titles as far as racing games are concerned, the game offers an enormous amount of content to players, and if you stay faithful and explore the title''s options, it will definitely reward you. Purchasing luxury yachts, sporting the latest fashions, living the vain life and most of all, driving sports cars into the sunset, is what TDU2 is all about.