When a casual notebook gamer wants to pick up a piece of hardware, the options are plentiful. Taking the step up to a high-end gaming notebook, however, can prove a more difficult task, with cost often playing a key role in the choice that many a gamer will make.

At a recommended R49 000, the Zephyrus GX501 from Asus is one of the better options in the high-end category, aiming to be the go-to choice for those who want to take their notebook gaming seriously.

To find out whether it is indeed worthy of the status that the Taiwanese manufacturer, we recently put the Zephyrus through its paces, also trying to find out if it can prove useful outside the gaming arena. 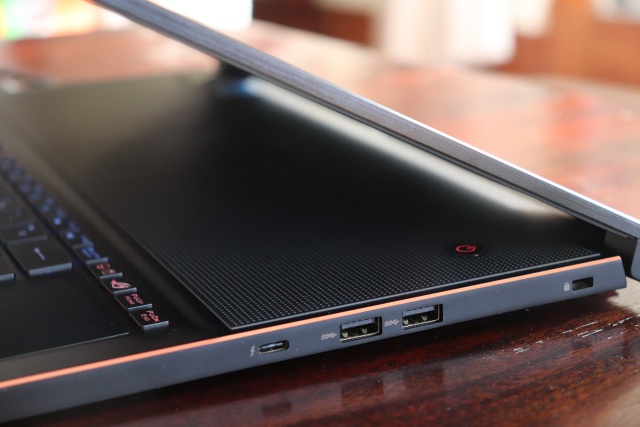 When Asus first debuted the Zephyrus last year, they christened it as the "thinnest gaming laptop in the world with an Nvidia GTX 1080," at 17.9 mm (highest point). While a slim device compared to other gaming notebooks, the Zephyrus is still pretty hefty, tipping the scales at 2.25 kg. Add to that a generously large display of 15.6" (Full HD) and the GX501 is still a formidably large device, which can make lugging it around far less easy that one may be hoping.

Despite being a large gaming notebook, it must be stated that Zephyrus has a good degree of sleekness to it. While some manufacturers opt for a design one may see on the Starship Enterprise, the Zephyrus is a bit more down to earth, and is designed for gamers that want to keep a lower profile.

On the whole, the Zephyrus GX501 is a stealthier option. Yes, one can tell this is not your run of the mill Windows 10 notebook, but this offering definitely favours svelteness over bulkiness. And that is always a good thing in my book. 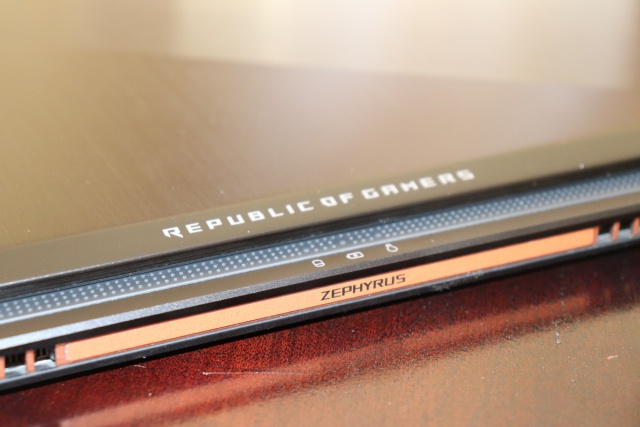 Now that the looks have been suitably dealt with, let's turn our attention to the really important stuff. Within its frame, the Zephyrus plays host to an Nvidia GTX GPU, with users given the choice of up to a GeForce GTX 1080 graphics card, depending on the model they opt for. This is paired with an Intel HM175 Express chipset and 24 GB of SDRAM.

As expected, the combination delivers a performance that's as impressive on screen as it is on paper. The result therefore, is rapid while multitasking and accessing different applications. The most important element, however, is while gaming, things too prove speedy and without lag. As high-powered gaming notebooks go, the Zephyrus more than holds its own and will prove capable when tackling some of the more graphic and processor intensive titles around. We had a particularly enjoyable experience playing Destiny 2 on the Zephyrus, with the action matching the pace of the console version and allowing for some great Strikes and Crucible gameplay. 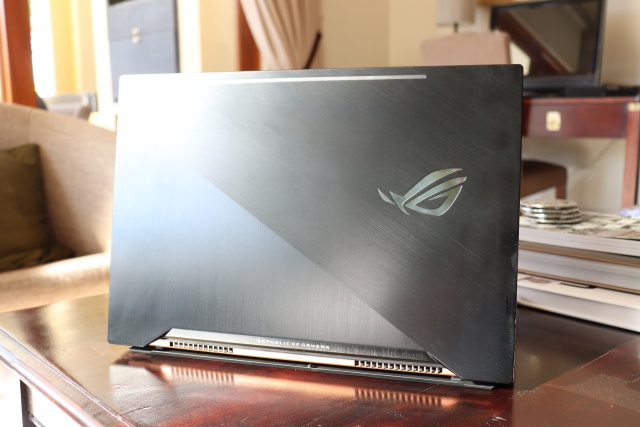 When it comes to handling the demands of gaming, the GX501 is not lacking in any regard. What is worth testing out though is how it fares as a notebook for doing some work. We're not suggesting you take this device to your normal nine to five, but being able to finish up some jobs at home is definitely a handy advantage for any gaming notebook to have.

Unfortunately for the GX501, its design does not lend itself well to working on long articles or documents. The illuminated chiclet keyboard for example features broad keys that provide a satisfying response, but because their width effects the spacing keyboard and ultimately the speed and efficacy with which one can type.

We also had a spot of trouble with the keypad (right hand side), which was a bit too responsive in a weird way. As such scrolling while web browsing and highlighting/dragging text was far too erratic. This prompted us to opt for the wired mouse (included in box) instead for a more user friendly experience.

It's not all bad news though, with the 15.6" display (1920x1080) making for great viewing not only while playing games, but also during videos and movies. Add to that a solid battery life of roughly seven hours (at maximum screen brightness), and the Zephyrus can easily be used as an entertainment notebook when a TV is not close at hand. 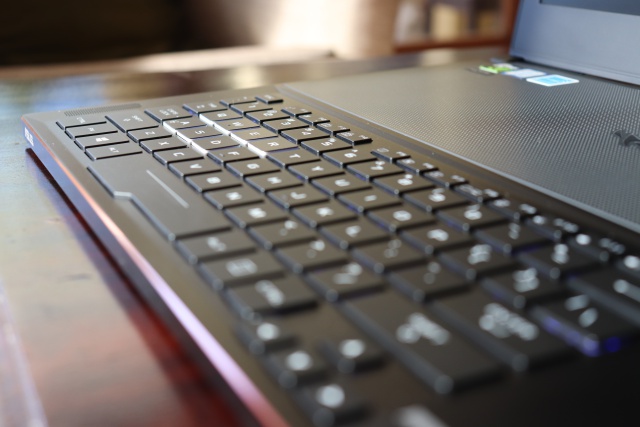 The Zephyrus GX501 is a powerful gaming notebook, of that there is no question. If you're aiming to invest in a solid piece of hardware that will stand you in good stead for the next few years, this one from Asus is tough to beat.

All that does come at a price though, with the GX501 struggling to be user friendly for non-gaming tasks, such as writing documents or web browsing. As such, it's an important aspect for would-be owners to be aware of, as the Zephyrus is purpose built for gaming and very little else.

If that or the R49 000 price does not sway you, then a premium piece of equipment is in the offing. 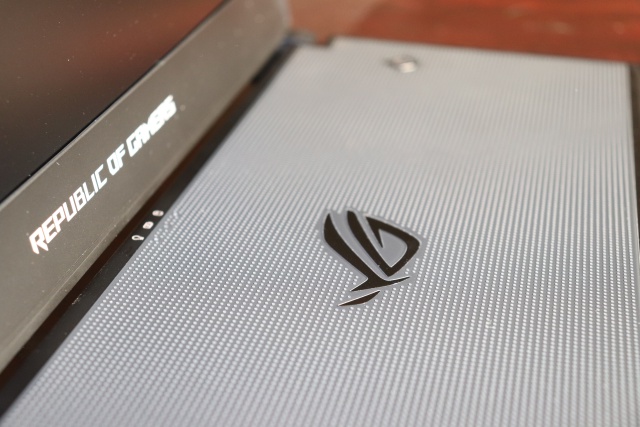