LG, although one of the biggest players in some other electronic sections, have never had the most prominent stance in the notebook world. The company aims to change this with the LG T380, a slim new mid-range notebook aimed at the style conscious, on-the-go individual.

One thing can be said for LG - they know how to design an attractive looking product. The T380 features an attractive yet minimalistic design that should fit a wide range of tastes. The lid of the notebook sports an interesting grooved design with an attractive silver LG logo emblazoned in the centre. It's clear that LG tried something new with the lid design and we like this move.

While the outside of the notebook features a predominantly black design, this changes when the device is opened up. A silver trim now makes an appearance covering the entire keyboard area as well as bordering the display. This contrast between dark and light plays in the T380's favour giving it a design that looks at least a little bit more unique.

The T380 features a standard QWERTY keyboard layout and doesn't include a numpad. The keys are quite large for such a compact device, making them easy to press without your fingers slipping over to the adjacent keys. The touchpad also features a peculiar design choice, it has no borders, making it indistinguishable from the base of the notebook. Instead it utilises four tiny illuminated corners to let users know where the touchpad begins and where it ends. The design itself is sound and easily accommodates users’ hands.

A thin raised line separates the touch area from the touchpad buttons which are also melded into the base of the notebook. The touchpad itself was fairly responsive but we found the left and right click buttons to be less than revolutionary. As they aren't actual 'buttons' and are melded into the notebook's design they react with a slight vibration to touch. They frequently failed to respond correctly however and had to be coaxed into working a few times. 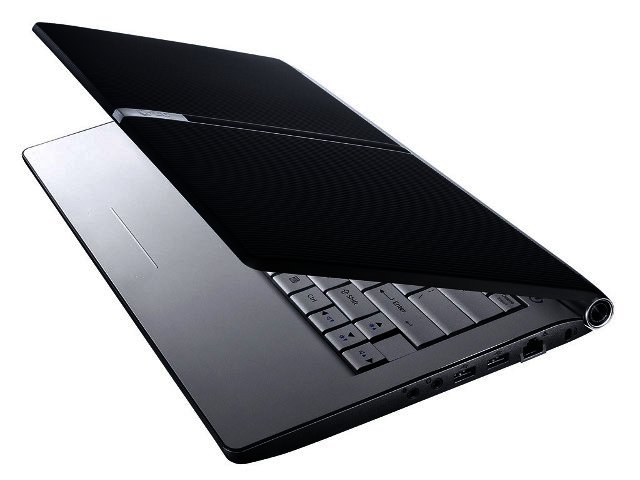 An 8 cell Lithium Ion battery does service on the T380 providing a very impressive amount of battery power. LG says it can provide up to 9 hours of battery life between charges. When we tested this theory the T380 came pretty close, running out of juice after approximately 8 hours of use. This makes the device perfect for travelling consumers as it can function off only battery power for basically an entire standard working day.

The T380 is quite slim compared to conventional full sized notebooks although it's by no means near netbook size. With dimensions of 327 x 236 x 34.2 mm and weighing in at a paltry 1.9 kg's, the T380 is easily transported and fits in any notebook bag.

The device has a reasonably impressive spec sheet with processing power being taken care of by an Intel Core 2 Duo SU4100 CPU running at 1.3 GHz. Our test model came with a full 4 GB of DDR2 memory. It’s quite a substantial amount of RAM for a notebook, but the device utilising DDR2 instead of the newer DDR3 technology speaks a bit about the age of the machine.

As far as display power goes the T380 features an onboard Intel GMA 4500MHD graphics processing unit (GPU). The card may not be the preferred avenue for gaming performance, but it enables the T380 to display HD movies without any hiccups. A 320 GB 5400 rpm SATA enabled hard disk drive (HDD) provides ample storage space.

As far as usability goes the T380 comes equipped with three USB 2.0 ports, an HDMI port, VGA port, SD card reader, 10/100 network port and standard 3.5 mm audio-in and mic-in ports. The device unfortunately doesn't support any optical drives, so you'll have to rely on those USB drives to access data.

The notebook sports 802.11 b/g/n wireless support as well as Bluetooth support and a dual Hexa-Band antenna that provides improved wireless range. We tried the wireless capabilities out in a couple of settings, accessing our router from inside and outside the building without any problems.

Our test model included a 32-bit version of Windows 7 Professional edition and the T380 is also available with the Windows 7 Home Premium operating system. 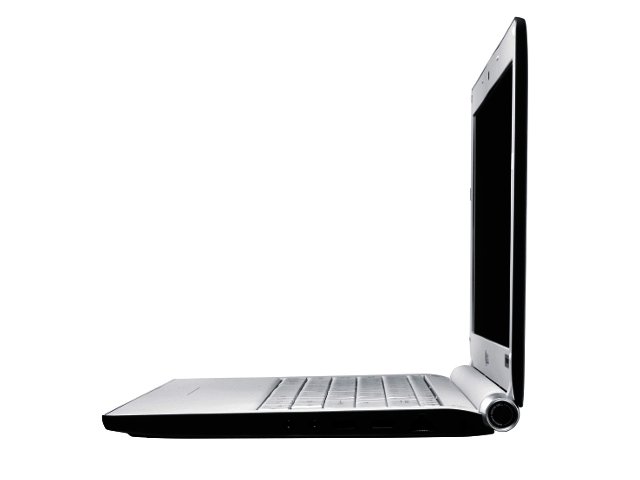 The T380 is equipped with a 13.3” LED-backlit LCD widescreen display with a native resolution of 1366 x 768. It boasts an aspect ratio of 16:9 and offers a smooth, clear display with high definition (HD) support.

The display was crisp and clear and didn't fare too badly when faced with glare from sunlight, although it's still preferable to use the device in a well-lit room.

During benchmarking the T380 scored a rating of 719 on 3DMark06, not the most impressive score, but acceptable for a mid-ranged notebook. When compared to the slightly lower 669 of the HP Pavilion DM1, the LG starts making a comeback. As far as processing power was concerned the two notebooks scored virtually the same score with the LG coming in at 1173 and the HP at 1172.

In Heaven Benchmark 2.0 the T380 scored a passable 1.7 in overall performance compared to the 1.4 of the Toshiba Satellite T110. It also sported a higher max frame rate, clocking in at 44 frames per second compared to the T110’s 34.

The LG T380 offers users a comprehensive package wrapped in a stylish design. The device is user-friendly and performs as one would expect it to. The long battery life coupled with a wide variety of ports and strong wireless connectivity makes it a great addition to any travellers luggage.

PROS
The extended battery life of the T380 comes in handy in almost any situation. Together with a well laid-out keyboard and above average RAM, the T380 impresses in multiple fields.