FULL DISCLOSURE: The 1MORE Stylish earbuds were provided by Syntech Distribution as a seeding unit and were not returned.

We loved 1More’s weirdly titled Stylish earbuds. Can the Chinese company keep the winning streak going with the 1More True Wireless ANC In-Ear headphones? The answer is a definite yes. We take a look at some of the pros and cons of these active noise cancelling (ANC) earphones.

The main reason why you want the 1MORE True Wireless ANC is for the work it does with cancelling environmental noise, with 1More providing two different levels of ANC here. The first blocks out ambient noise up to 35 dB, and the second a bit less.

For those who are sensitive to noise, the ANC is pretty much a godsent, allowing for an immediate way to focus on work in noisy surroundings or in an open plan office. For me it meant being able to comfortably tune down the vacuum cleaner in the next room, or the municipality cutting grass across the road. 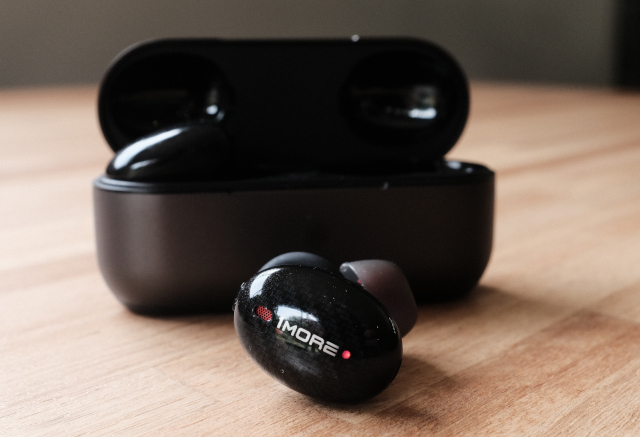 Sounds with a high frequency, such as bird calls, tend to slip through but there is no doubt the ANC makes a major difference once they are on. That said, some people might not like the ‘pressure’ sensation the ANC causes.

The ANC is activated by double tapping the side of the earbuds, with this allowing you to cycle through Strong, Mild and Pass Through. The tapping takes a bit of getting used to, to find the correct position for activation, plus sometimes the earbuds get confused and wouldn’t activate ANC – for this it’s just easier to use the 1More app to do so. There’s a lady’s voice noting in which mode you are, but I sometimes struggled to hear exactly what she was saying – a small niggle in the setup.

The physical multifunctional button, conveniently located at the top of each earphone, is awesome, since you need not fool around with your phone to control volume, play/pause, track skipping, call connection and your phone’s voice assistant. The button can’t be activated by accident (unlike the LG TONE Free HBS-FN6’s touch panel), is super convenient and a major functional plus. 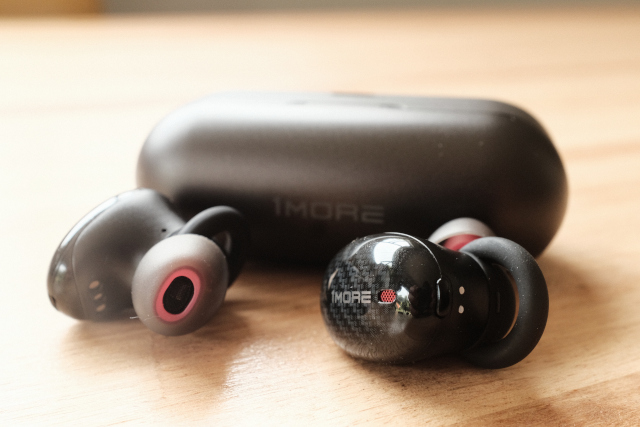 Having earbuds blocking outside noise isn’t always preferred or safe, especially if you’re out running or walking. 1More’s True Wireless ANC in-ear Headphones has a solution here too - Pass Through mode. This uses the onboard microphone to relay sounds from the outside to your ears, allowing for music to play with some outside sounds still coming in – useful if you still need input to what is happening around you. The music experience might not be as clear, but it outweighs getting hit by a car.

The ANC capabilities on the 1More’s unfortunately add some bulk and weight to earphones, now standing at 8 g per bud against the ANC-less 1More Stylish bud’s 6g. They also protrude quite a bit more from the ear and it’s difficult to recommend these when going for runs (they’re also not certified splashproof).

1More is really good with providing a vast array of ear tips (six pairs in total) as well as ear grips (three pairs), so you should be able to find the correct fit for your ear. For better noise cancellation I preferred the red accent tips - they tend to block the ear canal better, but at a cost to comfort.

I will say that despite its size, the ANC earphones fit more securely in my ears when bending down than their smaller Stylish cousin, but when it comes wearing the ANC model for extended periods, I need to give my ears a break ever so often. 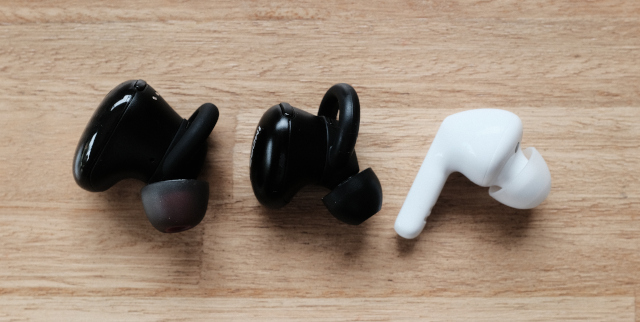 If you’re listening to music and you take an earbud out your ear, the music automatically stops thanks to an infrared sensor on each earbud. This can be both good and bad, since sometimes you quickly want to remove just the one and you don’t necessarily want to press play again once they’re in again. 1More kept this in consideration, providing an “Auto-Pause & Play” setting on the Smart Playback menu to let your music continue automatically as soon as you put the earbud back in - rather neat.

1More’s app is available for Android and iOS, through which you can control the ANC settings, or check for battery life and firmware upgrades. You can also start Smart burn-in to help your earphones achieve a state of best playback by sending noise through the buds.

One thing amiss is a pre-adjusted music equaliser option that could have helped with extra bass if required or to customise the sound from the earbuds. On my Android devices there is also a 1More notification that can be seen on the pull-down tab once the app is opened, which holds no real value.

With the extra power going into managing the dual ANC microphones, the one aspect where the 1More falls short is battery life. The company notes five hours’ worth of listening pleasure with ANC on, but I received more in the four-hour range (more with ANC turned off).

While this might not get you all the way to Europe on a long-haul flight, you can pop them in the carry case for 15 minutes for another two hours of use. Talking of which the carry case has a beautiful premium feel to it and can recharge wirelessly since it’s Qi enabled. The case is also a bit larger in size than other models we’ve tested. 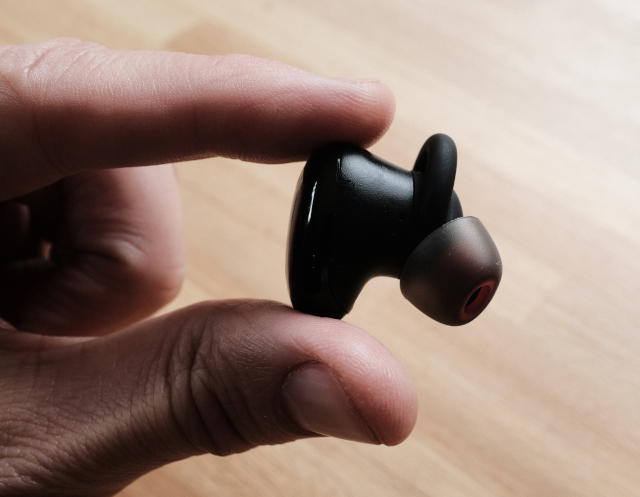 You cannot fault the 1More’s on sound, especially when the ear canal is nicely blocked off from external sound with the correct ear tip. The sound is clear with a full, rounded feel that does not discriminate against either bass, midrange or treble.

This allows pretty much any genre of music to sound good, but, as mentioned previously, what is missing is pre-set equaliser options via the app. This would have been great, since sometimes you need a bit more punch on certain tunes, for example a heavy bass when it comes to rap, or stronger emphasis on vocals on indy-folk tracks. Still, it’s a pleasure listening to a favourite album with these in, being able to identify different sounds you might not have previously heard.

At R3 200, the 1More True Wireless ANC In-Ear headphones are more expensive than their non-ANC brethren, but you’ve always paid more for the privilege of less noise. In fact, the 1More is a decent amount less expensive than some of the ANC competition, including the Sony WF-1000XM3 (R4 300) and Apple’s Airpods Pro (R5 000).

While the touch control for the ANC can be a bit finicky, and the battery life nothing spectacular, the 1More True Wireless ANC In-Ear headphones is a really solid choice that you can’t go wrong with. With decent sound, a quick charge premium carry case, loads of tips and button control on the earbuds, the 1More’s have become my go-to earbuds when having to focus on tasks or in noisy environments. Available from Takealot.com or Loot.co.za (less expensive there).