It’s a fine balancing act to trim the excess weight off a running shoe without losing much needed support. At 260 g, the Speed 500 Ignite gets it right – if you are running 21 km and below.

Puma incorporated the looks of a racer rather than a shoe meant to slog out the kilometres; a racing bike rather than a Harley. With a breathable mesh that covers the upper, trimmings of black along the sides, and the silver Puma Formstrip on the flanks, the Speed 500 Ignite is stylistically one of the smarter shoes out there. The review pair comes covered with a colour that Puma calls Red Blast, a hue that one can only imagine suffers from attention seeking behaviour.

Thanks to a moulded sockliner, the shoes fitted comfortably from the start, while preventing the tongue from slipping to the sides. Puma designed the tongue so that it flairs out on the ends. While it looks like a stylistic choice, it helped the tongue to keep its lift when the shoes are not being worn, something I would believe helps with better ventilation after a run.

There are some complaints online that the Speed 500 Ignite is not wide enough. I didn’t experience this problem, but I can imagine it being a concern.

This neutral shoe might look like it was designed for speed, but in regards to support from the sole, there is enough support around the edges too. This provided a certain amount of stability on runs, while inside the shoes my feet felt securely cradled without being overtly ‘locked’ in or having too much moving room. The 6 mm ‘drop’ between heel and forefoot is less than what you would find on regular running shoes and provided a strike more towards the bridge of the foot than all the way on the heel. Puma talks about the incorporation of an “engineered forefoot Propulsion Zone” for energy return from the outsole, but I must admit this was not particularly noticeable.

I am in two minds regarding the laces Puma used, which seemed slightly too short (you won’t get them through that final, slightly lower pair of eyes) and also a bit too thin to my liking. That said, the padding used on the tongue was sufficient to abate pressure from the laces, while they only came undone once during the test period. Thanks to the Gauteng thundershowers, I like shoes that provide decent grip, and in the case of the Speed 500 Ignite it’s a bit of a concern. Especially on the heel the grooves are not really deep, making me believe that you’re looking a pretty flat surface after a few months of running. 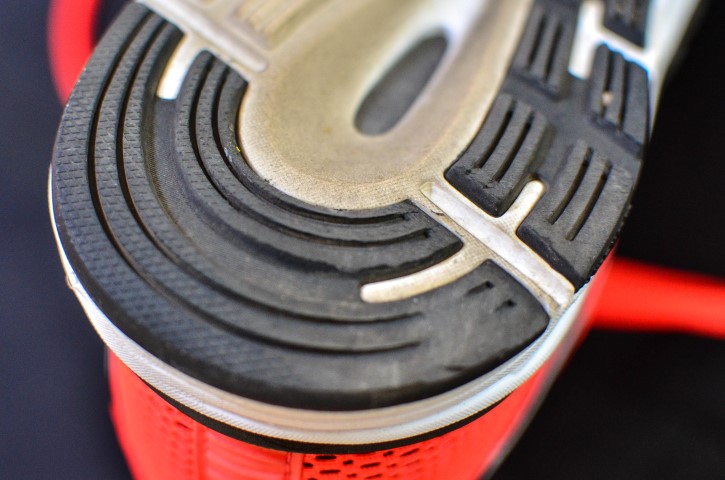 Apart from that there is truly not a lot to complain about. The Puma Speed 500 Ignite shoes were comfortable straight out of the box, lightweight without cutting out too much support, plus it’s stylish to boot. Puma has been slowly but surely been upping their game and from the pairs I’ve tested so far, the Speed 500 Ignite is the best yet, by quite a stretch. As such they have officially taken over duties from the Adidas Energy Boost 2 ESM as my current shoes of choice.

That said, it’s a shoe that only comes recommended if you’re doing 21 km and less, or prefer something lighter while training. Anything higher and you need to look at models with stronger support. The Puma Speed 500 Ignite running shoes retail for R1 799 in South Africa.

UPDATE: SHOES WERE NOT COLLECTED AFTER REVIEW PERIOD.

CONS
Not sure how long the grip will last on heel, laces thinner than usual
TAGS:
PumarunningPuma Speed 500 Ignite
USER COMMENTS