FULL DISCLOSURE. Shoes were received from Puma South Africa for review and not returned.

Puma has sparked a renewed interest from runners with their move towards Nitro, a nitrogen infused midsole, subsequently releasing a range of running shoes that have proven their worth on the road. The original Velocity Nitro was one of them, with the Velocity Nitro 2 now appearing - the first of the Nitro range receiving a new iteration.

The Velocity Nitro 2 can be seen as a proper everyday runner, fitting in perfectly between Puma’s speedy, race-ready and carbon-plated Deviate Nitro (review), and the far more relaxed and comfy Magnify Nitro (review). 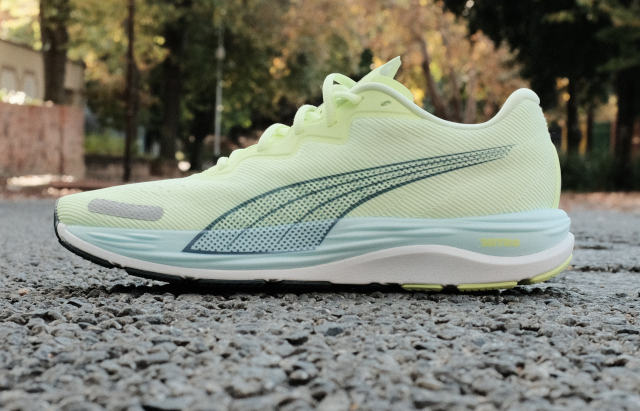 As such the Velocity Nitro 2 allows for speed without sacrificing stability, and comfort without being too heavy. At 287g (UK10), the Velocity 2 is closer to the 278g of the Deviate than the 324g of the Magnify. It means you can up the pace when needed, and I’ve certainly felt that I could finish strong at the end of a few runs. This is helped along by Puma’s generosity with Nitro foam for this version’s midsole, with a thick layer on both the sole and heel area, further supported by a harder EVA rubber underneath.

As far as uppers are concerned, the outer mesh is constructed with a sock-liner on the inside. This double layer can make for a warmer run. There’s less of a heel cage than the original Nitro, but I felt very comfortable with the amount of support provided. If reflective material is important to you, there’s what looks like a band-aid strip on the outside edge of the forefoot as well as on the heel. 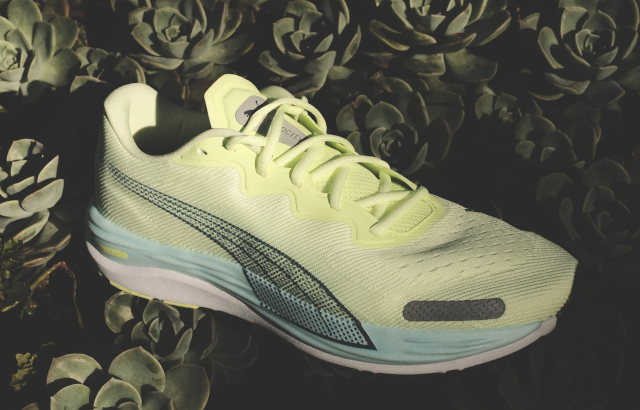 Puma enquiped the Velocity 2 with a thicker type of lace and these remained tied. The tongue protected the foot from any chafing from the laces and did not slip during runs. Finally, my UK10 was true to size and no part of the foot felt cramped.

Once again the Pumagrip outsole is excellent, this time providing a triangular patterned grip for a big part of the forefoot. I was surprised by the low amount of Pumagrip that has been worn off on my usual pattern (lower left on the left and lower right on the right) after close to a month of usage, which can mean one of two things. Either the Velocity 2’s Pumagrip is exceptionally wear resistant, or the construction of the midsole forced a different foot movement, more dependable on a midfoot strike. 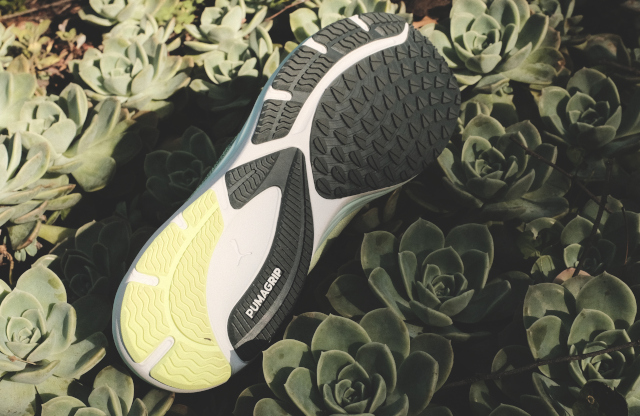 I suspect the latter might be true, since the foot strike feels more parallel to the ground and in the centre of the sole. With an enhanced amount of Nitro midsole towards the forefoot, the transition from heel to toe-off is controlled. This motion is dynamic and neither dependent on the heel strike as on the Magnify, or the kick of a carbon plate as on Deviate. All this makes me believe that the Velocity 2 will be particularly well suited to runners who depend on an increase of cadence to up their pace and not stride length. 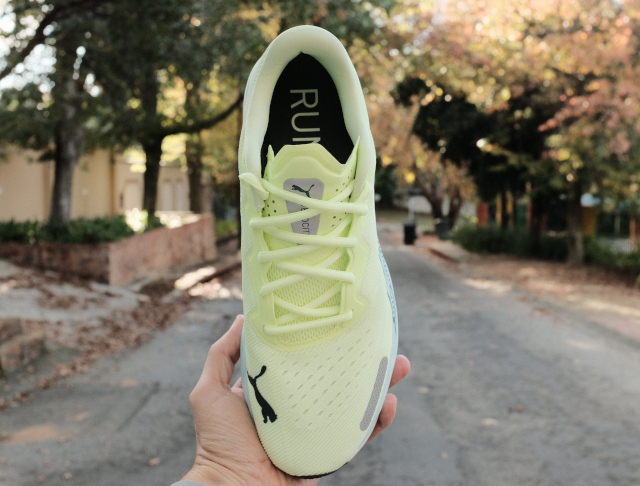 When I took the Velocity Nitro 2 out for its first run, it felt bouncy, much like the Deviate Nitro, but then settled quickly. It’s now a shoe that feels very much up for every aspect of training, whether long runs, threshold or speed workouts. If Puma aimed to create a really excellent everyday trainer, well, they came very close with the Velocity Nitro 2.

Here are a couple of video reviews for further research: