"My name is Ozymandias, King of Kings; Look my Works, ye Mighty, and Despair!" This famous quote from Shelley's poem are perhaps the only words I remember from Alien: Covenant. It's a fairly apt piece of dialogue, as it shows director Ridley Scott's (Gladiator, The Martian) desire to add some grandeur and complexity to the Alien franchise, which at its simplest (and best), is a space horror. 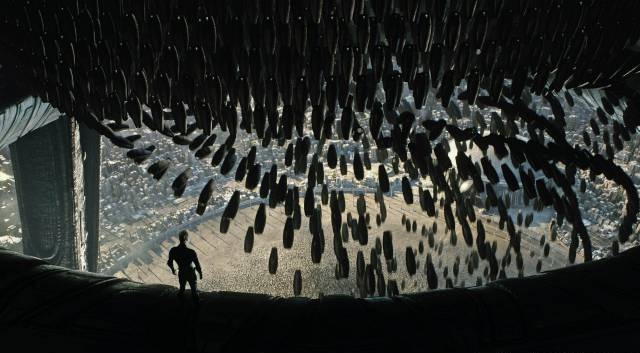 Consequently, Alien: Covenant feels like a film that was made in two halves and meshed together in an unnatural fashion. The first hour of the film tries to set the scene as the crew of the Covenant colonisation spacecraft comes to grips with the massive weight of the task they're entrusted with, and feels more like a space adventure than space horror. The second hour ups the ante slightly, but never has the suspense or timing of a good horror movie, due in part to the fact that the xenomorph isn't given the opportunity to be the star of the show.

Alien: Covenant is indeed a far better effort than 2012's Prometheus, but still tries to complicate things for a franchise where it's best to keep things simple - human vs. xenomorph in a battle to death, with space as its backdrop. 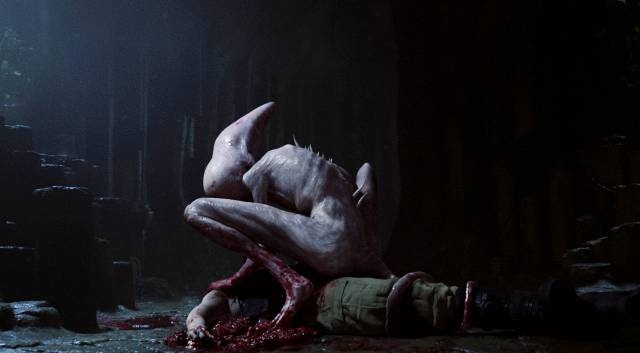 There is certainly some merit in trying to carve out a deeper story to the space horror narrative. But the notion of mankind's need to find out whether there is more to life than our little blue planet, should here rather be hinted at instead of forming the core focus. Filmgoers though, may be confused by what Scott is trying to achieve with the narrative of Alien: Covenant, much like what happened with Prometheus. With a further two films set to follow Covenant, we hope a simpler approach will be adopted.

Nevertheless, Alien: Covenant is still worth a watch. The scale of the environments created, the attention to detail of the sets, and the central cast all deliver strong performances. There's a fair deal of gore and blood too, which is definitely part of the reason why people should enjoy Covenant. Focusing back on the cast, Michael Fassbender (X-Men: Apocalypse) features heavily as Walter and David, two androids created by the Weyland Corporation. While designed to carry out menial tasks, they want something more meaningful, and this arc adds an intriguing angle to the overall narrative.

So too is Daniels, played by Katherine Waterston (Steve Jobs, Inherent Vice), who suffers a tragic loss early on in the film that could prove crippling for any normal person, but perseveres regardless. It's something that Scott has maintained in many of his films, and especially so in the original Alien and Prometheus, as Ripley (Sigourney Weaver) and Dr. Shaw (Noomi Rapace) all had to earn their leading lady statuses respectively.

Unfortunately there's not enough of this human element to the film and more time is needed for the audience to create a connection to the Covenant colony ship. As such, when they start dying, it never actually feels like a loss. In a horror film, each death should affect you, whether it's by sheer gore, or the loss of a loved character, but sadly Alien: Covenant has none of this. After a majority of fans rebuffed Prometheus, it's clear to see Scott made some adjustments, but the changes have not been dramatic enough to invoke the spirit of the first Alien movie. Therefore, as a palette cleanser to Prometheus, Alien: Covenant does the job, but as a satisfying main course, a few elements are missing.

All things considered, it's a solid movie, just don't expect to fall back in love with the Alien franchise.

Special holiday offer from Kaspersky Lab and Tresorit: users can get a secure cl...