It’s not often that a spy movie these days genuinely surprises, but Kingsman: Secret Service is a fun, witty and genuinely enjoyable escapist romp that should have both James Bond and Jason Bourne watching their back.

There are three things you need to know about the movie upfront– the first is that it is directed by Matthew Vaughn (X-Men: First Class), the second is that it is based on a comic book The Secret Service by Dave Gibbons and Mark Miller. What’s the third, you ask? It’s very entertaining.

The movie’s premise runs on two tracks, which ultimately, beautifully converge. The first sees a lisping megalomaniac billionaire Valentine (played with admirable restraint by Samuel L. Jackson) deciding that the only way to save the earth is to take rather extreme measures. Let’s just say his plan, which pokes a sharp stick at the cellular obsessed world in which we live, is as utterly mad and diabolical as anything the worst James Bond villains have conceived. 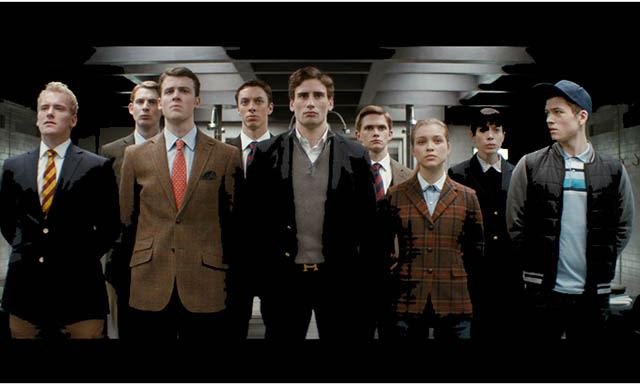 Alright, let's see if you can spot the odd man out here....look carefully now. No, try a bit more, no, keeping looking. No, it's not one of the women, odd man out remember? Go on, try again.....

Stepping into the breach is Kingsman, a truly secret service organisation in the sense that no one knows they exist, tasked with protecting the world. As one would expect from a very British outfit, their code names echo that of the fabled Knights of the Round Table. For example, their version of M is called Arthur (as always, impeccably played by Michael Cain) and here, Q is instead Merlin (Mark Strong). Unfortunately the Kingsmen don’t exactly have the safest profession, often meeting untimely and quite gruesome ends. This gives rise to the second part of the story, as a new Kingsman needs to be recruited into the bespoke fold.

It is against this background that we meet Gary Unwin (Taron Egerton), aka Eggsy, the son of a former Kingsman who grows up on the more dilapidated side of the tracks. After one of the more unique car chases involving driving backward nose to nose with a pursuing police car, Eggsy is contacted by Harry Hart (Colin Firth), codenamed Galahad, and offered an entirely different life. 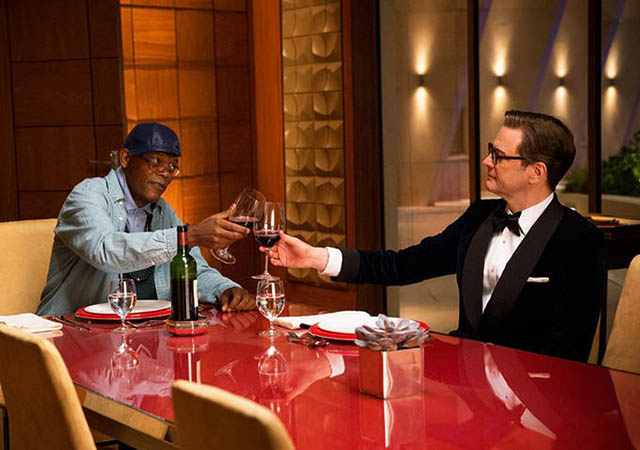 Ah, the height of incredulity - when two people who deeply want to kill each other, can still sit down for a meal and toast to each other's health with some red wine, which is the perfect colour to hide about 40 varieties of poison.

Let me teach you some manners

Of course, the recruitment process is not for the faint hearted, and Eggsy is not the only recruit. While he finds some companionship with fellow hopeful Roxie, the others are mostly upper class snobs. Nonetheless, training moves at a brisk pace, quickly progresses towards the culmination of Eggsy’s induction as an agent, just as Valentine’s plans come to fruition.

Chances are the mention of Colin Firth will bring thoughts of his excellent portrayal of King George VI in The King’s Speech, or Mr Darcy in Pride and Prejudice, or perhaps his stints in the likes of The English Patient, Bridget Jones Diary or even Love Actually. You would likely not associate him with a James Bond-esque lethal spy, but in Kingsman: Secret Service, he blends his usual English gentleman role with a measure of lethality that would make Jack Bauer and Brian Mills wince. He is possibly the biggest surprise in the movie, although certainly not the only one. 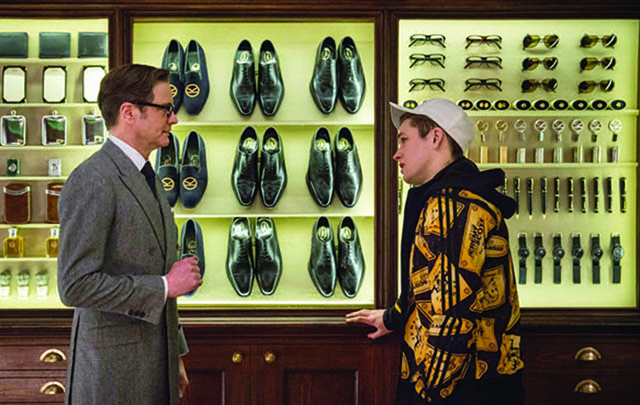 Well, I know that our hazard pay is awful, and in all likelihood you will be shot, stabbed, mutilated, blown up and quite possibly decapitated if not run over by a train before your next birthday...But, on the up side, you do get these really larney shoes.

As befitting a spy movie, Kingsman boasts an array of innovative gadgets, many disguised as ordinary objects. You have for example, your bullet proof umbrella/projectile weapon, a wristwatch that fires insomnia inducing darts, cigarette lighters that double as grenades, shoes with a deadly secret, and glasses that are a lot more functional than simply correcting one’s eyesight to name a few. These though aren’t the only distinctive additions to watch out for.

As was the case in the early James Bond movies, the main villain’s henchman was usually the most deadly (remember Oddball, or Jaws?) Well, such is the case here, as Valentine’s assistant, Gazelle, brings new (and very literal) meaning to the words blade runner.

More importantly though, the movie’s dialogue is smart, the pacing is brisk but not overwhelming so, its action is at times balletic and at others unflinchingly brutal, and its story is actually quite engaging. It’s a movie that could best be described as the whole coming together to make something more than the sum of its parts – a terrific, escapist movie that is one of the more pleasant surprises to have graced the big screen in a long time. Here’s hoping there is a sequel planned. The preview was shown at Nu Metro in Hyde Park and releases on the 13th February.

A bar fight with a difference, tabloid newspaper headlines in Galahad’s office, Valentine’s interpretation of fine dining, the church fight, the final battle.