Pacific Rim is the latest creation from the mind of Guillermo del Toro (Pan’s Labyrinth, Hellboy). It's essentially a loose adaptation of the Neon Genesis Evangelion anime series. The main difference being that the cast is more international and the focus has been shifted from the spiritual realm to fulfill a mission to kick ass instead. It succeeds in this department, taking gung-ho sci-fi action to the next level without debasing its dramatic integrity.

As wave after wave of monstrous sea-spawned creatures seek to destroy major cities around the world, a force of giant technological warriors stand in their path. In this apocalyptic future, a former pilot and a trainee are paired to overcome their past and fight for their future... 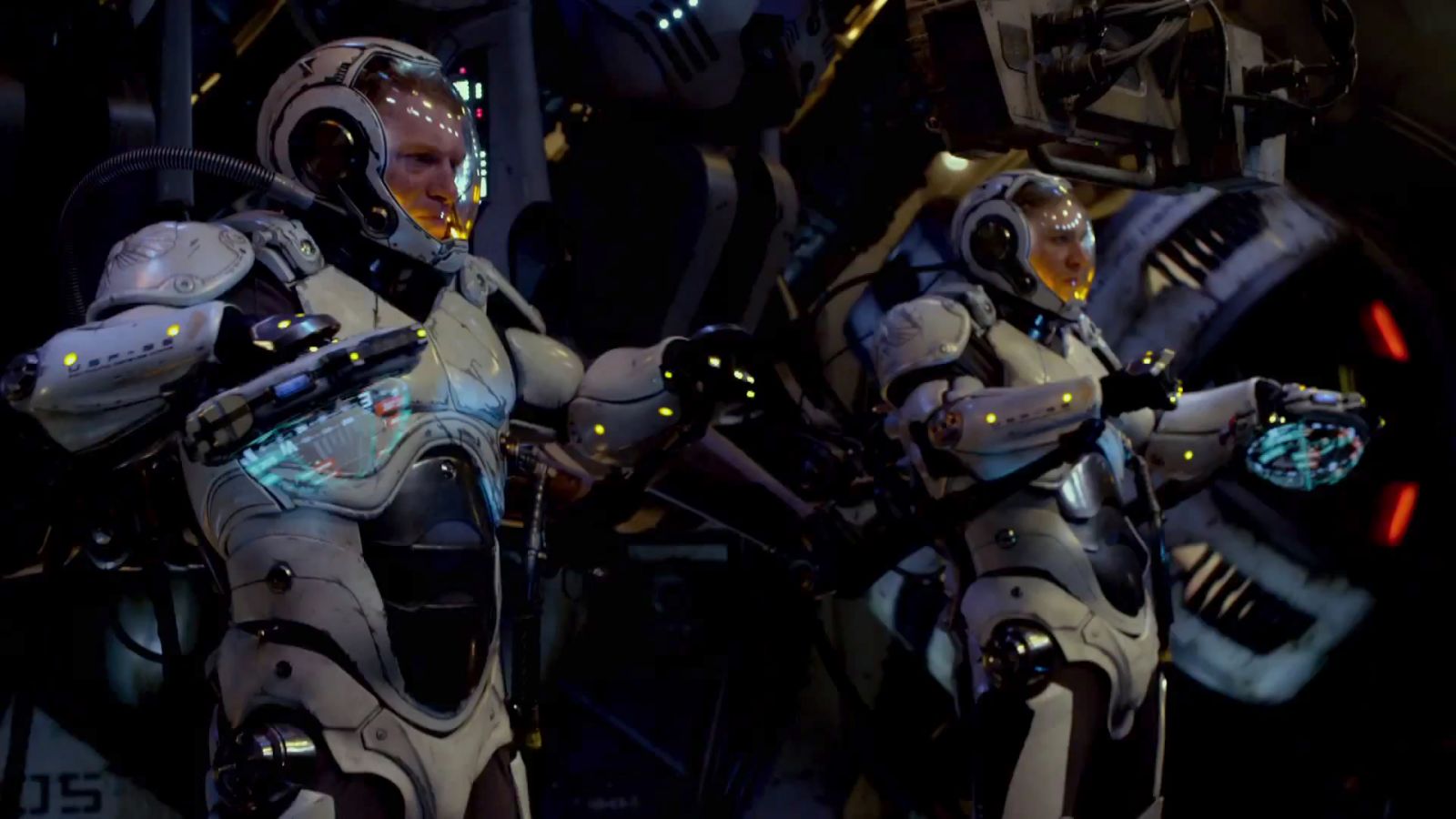 Idris Elba is Pacific Rim's name star and it seems that his work in or preparation for Mandela: Long Walk to Freedom has added another dimension to his acting arsenal. Elba uses the pivotal role of chief commander Pentecost to steal scenes and anchor the rest of the cast. Sons of Anarchy's Charlie Hunnam takes on a similar lead role to Sam Worthington's in Avatar, bringing an earnest, everyman and fighting spirit to Raleigh.

Rinko Kikuchi reinforces Hunnam's role as an equal-opposite co-lead, completing a curious triangle with Pentecost and bringing to life an enigmatic back story to the character of Mako. Charlie Day and Burn Gorman deliver stand-out comedic performances as scientists, Dr. Newton Geiszler and Gottlieb. They leave the serious acting to the Jaeger pilots and make good on their funny and eccentric mad scientist characters, counterbalancing the story with a touch of levity.

Guillermo del Toro's Pacific Rim is a colossal film that competes with Avatar and Transformers for scale and visual effects. From technology to wardrobe, every scene is like a fine artwork, capturing the sheer size and complexity of Jaegar hangers, city demolition and robot-to-monster combat. The 3D technology adds weight to the visuals and makes each smash that more devastating. While the epic soundtrack and sound design help root the dazzling, out-of-this-world visual effects.

While Pacific Rim is fronted as a fresh concept, its Neon Genesis Evangelion story structure is fleshed out by a number of references. The armour suits for pilots and Jaegars have been partly inspired by Iron Man. The alien creatures, human technology, colour scheme and even some of the characters are a throwback to Avatar. 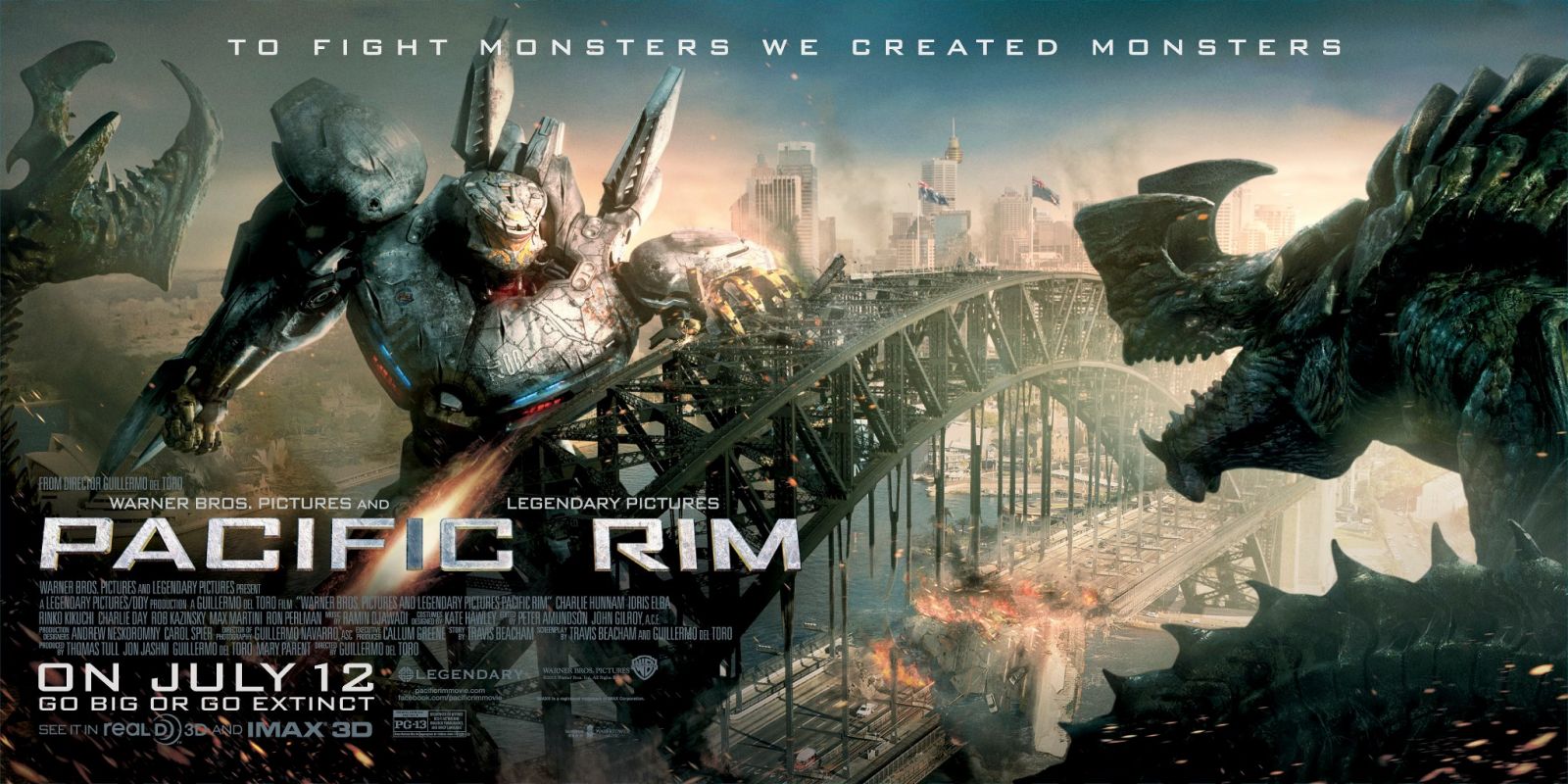 Pacific Rim's robot style action and scale of devastation echo Transformers, while the monolithic creature from the sea cast us back to films like Godzilla and Cloverfield. The mix of casting and underwater tech resonate with Sanctum, the series of punch 'em ups is Real Steel all over again and the drama is somewhere between Battlestar Galactica and Starship Troopers.

While these "tributes" do give the film a clunky familiarity, they don't take away from the entertainment and spectacle that is Pacific Rim. We're treated to an epic, wondrous and thrilling battle that redresses its anime origins, much like The Matrix did for Ghost in the Shell, and powers home gigantic action sequences without losing perspective. It may not be an original, but there are enough air punch moments to satisfy your inner nerd.