The new Evil Dead remake's movie poster proudly proclaims: "The most terrifying film you will ever experience." While this bold statement does make you wonder, it's actually not far from the truth.

The original The Evil Dead is a grotesque yet accomplished film. Sam Raimi carved out cult stars for himself and Bruce Campbell by blending black comedy and horror into a comic book style storm in a log cabin. The Evil Dead's twisted sense of humour softened the horror to the point that the lengths to which the filmmakers went to capture the stop-motion photography became the scariest thing about it. Creative, dark, funny, chilling and a testament to low budget film-making... it's an indelible cult horror flick. 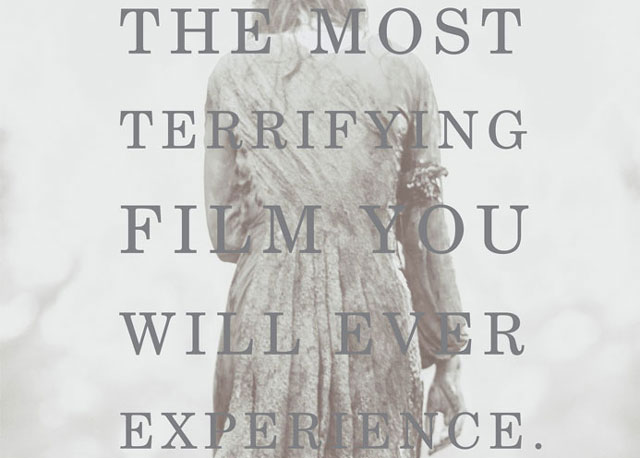 The dark comedy and familiarity dulled the underlying scariness of the story, which is why many underestimate the twisted horror story at the core of this low budget cult classic. The Evil Dead remake sidesteps the comic tone to drill down to the root of evil and it does so without flinching. As a remake, it's unfaithful for not trying to be funny, and underrated for not being an original. If it wasn't overshadowed as a remake for The Evil Dead, it would probably be an instant horror classic.

Bruce Campbell was a key ingredient to the success of The Evil Dead, playing a comic hero. Evil Dead doesn't have a larger-than-life Bruce Campbell but opts for a traditional young up-and-coming horror cast instead. Jane Levy (Shameless) is impressive as Mia, delivering a full range performance on both sides of the spectrum. Shiloh Fernandez (Red Riding Hood) plays David in the shadow of Ash, while the recognisable Lou Taylor Pucci (Beginners) gives the cast some backbone as Eric.

Evil Dead boasts edge-of-your-seat terror that will rival most people's scariest film of all-time. Fede Alvarez has crafted a disturbing, horrifying and terrifying film that rips out the heart of The Evil Dead and transplants it into an oilier and blood-thirstier beast from Hell. It's just as relentless as the original, yet the special effects, make up and budget are superior.

After being discovered among the ancestral remnants of witchcraft in the basement, the Necronomicon's pages dictate a grisly order of events that immerses the young group of friends in an inescapable nightmare. Yet, there's no waking up as the murderous consequences unfurl at the cackle of a demon with a fetish for torture.

Alvarez has paralleled demon possession and the effects of going cold turkey on an addiction. This anchors Mia's escalating bouts of delusion as her friends make bigger and bigger excuses for her out-of-character behaviour. This constant denial becomes their only hope as the viral darkness stalks each character like a serial killer's shadow.

The Evil Dead remake is similar to Cabin in the Woods for its setting and body of young, out-of-their-depth characters. Then the central character of Mia is like a hybrid of Carrie and The Exorcist, while the tendency toward gore and brutality may be an attempt to appease the Saw generation.

Alvarez has given the film a new skin and tone, and with Sam Raimi and Bruce Campbell signed on as producers, it's difficult to think that this masterful redressing was intended as a slap-in-the-face. Evil Dead stands as a tribute to great horror and even manages to unearth some of the pitch black terror that made the genre so popular.