Any best-of list is always subjective, and it’s never more true than when it comes to something like San Diego Comic-Con (SDCC), where just about everything on show is mind-boggling. Comic book guru, Moray Rhoda, travelled to Comic-Con 2014, (and was actually part of a panel discussing SA and Aussie comics) and reports back with the best of the best. Photos by Rupert Greyling.

Marvel was always going to win the war of the box office with its list of past and future cinema hits. The house that Stan Lee built came out swinging with the announcement of the Guardians of The Galaxy sequel in 2017, and the Ant Man movie also had a “preview” with a pre-filming trailer, that wowed the audience despite it not being official footage from the upcoming movie. 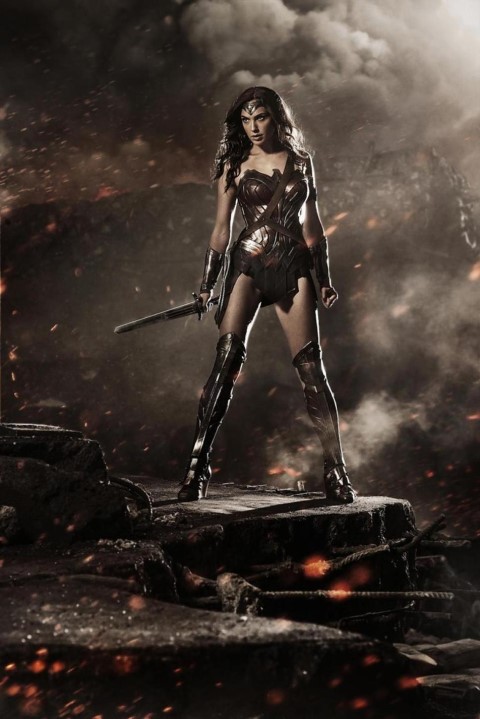 DC wisely focused on their TV offerings, playing full pilot episodes of Constantine, The Flash and Gotham on the first night, and managed to have the final say by unveiling the Wonder Woman costume for the 2016 Batman v Superman movie. The outfit is a realistic warrior leather design and silenced critics of Gal Gadot in the role, winning over most sceptics (and the internet). Based on the look for the warrior princess, we can look forward to a strong, tough and capable character to balance the testosterone driven main male cast.

Stan Winston School of Character Arts unveiled the giant 4.26 m tall, 907 kg fully articulated moving creature in the exhibition space outside the Gaslamp Quarter. Due to the size of the robot creature it would have been impossible to have it moving around and interacting with convention-goers inside the Convention Centre.

About 30% of the parts for the robot were created by 3D printing company Stratasys, and building the creature to scale took 7500 hours. Luckily every loving minute spent creating a giant and yet friendly looking creature clearly showed. From the audience response, especially kids, he was a huge hit and my very first impression was that this was a Where the Wild Things Are creature brought to life. The Bodock required a team of handlers to animate the creature and to make it move and interact with the crowds and it is another huge step forward in practical effects.

Comic-Con has long been known as the mecca for merchandising and selling limited edition exclusive (extremely expensive) toys. Mattel maximized the opportunity by creating a show-stopping ride in conjunction with Star Wars and Hot Wheels. 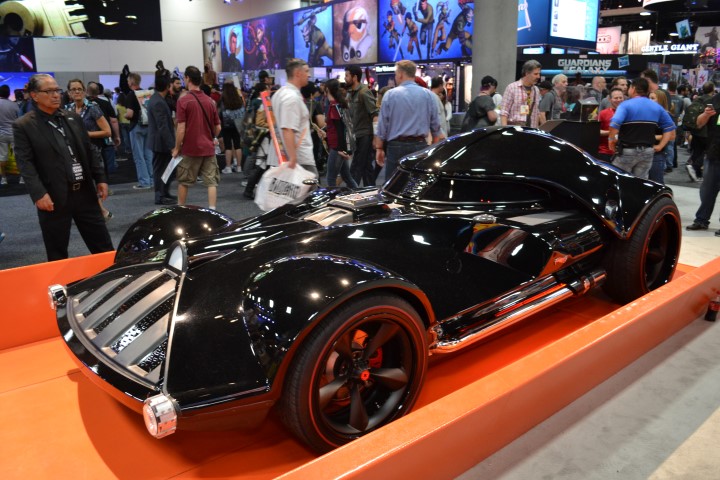 Darth Vader got his own ride for Comic-Con.

Other than the obvious look (the windshield and grill are designed to resemble the helmet and the illuminated side-pipes match Darth Vader’s light sabre), the car also billows smoke when the cockpit slides open and it has some scary breathing sound effects to fully evoke the menace of Darth Vader.The real-life working super sleek hotrod was custom built by PCW Brands based on a C5 Corvette and can apparently reach a top speed of 240km/h – imagine listening to The Imperial March at full blast while doing that speed.

Syfy transformed Mary Jane’s Restaurant at the Hard Rock Hotel in the gaslight district of San Diego into a 60s space-race themed building in one of the most brilliant marketing campaigns at Comic-Con 2014. The exterior of the building was changed into a giant billboard for the new six episode Ascension series that will air in November. 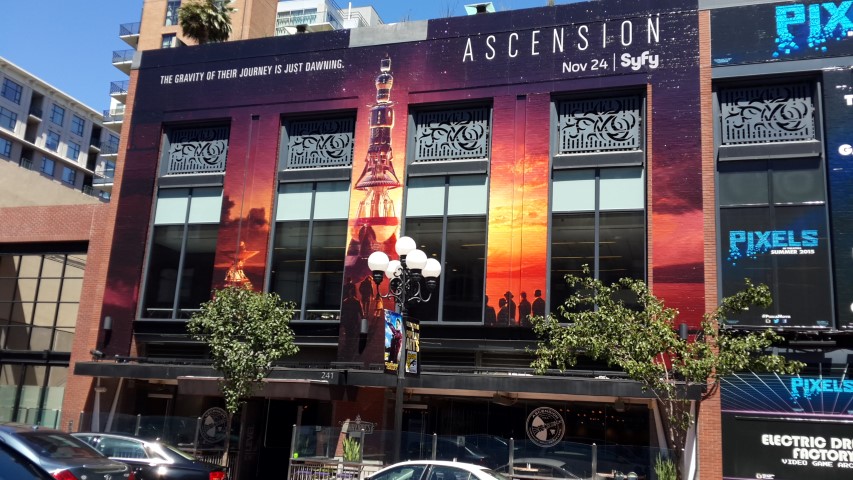 How to turn a restaurant into one big promo for you show.

Everything on the inside extended the theme, from the riveted industrial 60s metal look of the walls designed to resemble the inside of a spaceship, to the counter and bar design reflecting the retro-futuristic look of the TV show. Further ambience was created by the 60s themed music as well as the design of the tables, the menu design and the light fixtures.

Before Comic-Con nobody knew about Ascension, but within days the “living” environment created a huge level of interest around the show. The only thing that could have made it better was to offer food at 60s prices.

5. Cosplay and the Masquerade

Comic-Con wouldn’t be Comic-Con without cosplay. Fans of movies, TV, comics and gaming express the love for the characters they identify with by designing and dressing as said characters. Mingling with the other convention goers and posing for photographs, they add immeasurably to the Comic-Con experience. 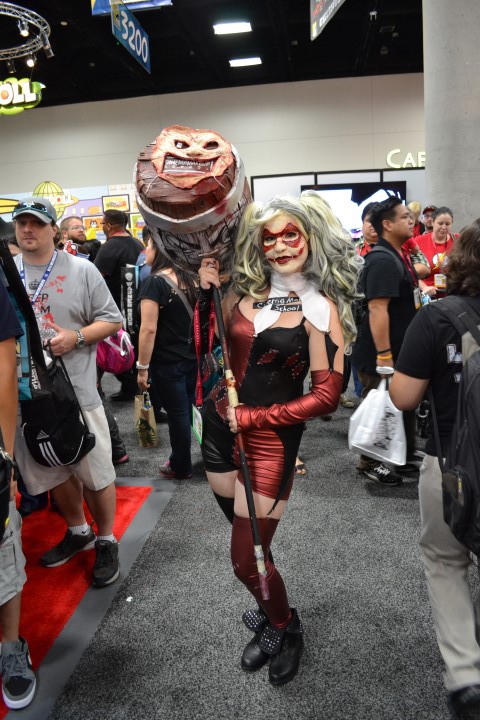 Serious cosplayers work on their costumes for anything from six months to a year, to create costumes that can compete with the best designs from blockbuster Hollywood movies. In some cases the cosplayers also incorporate intricate electronics into their costumes. 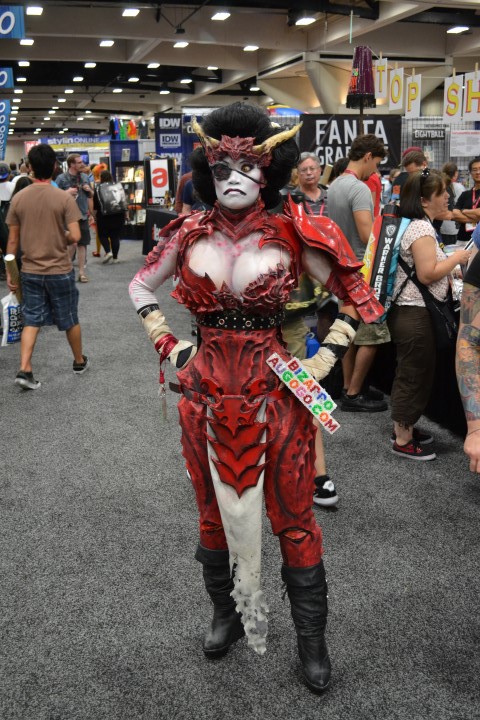 The Masquerade is the event held to judge the best cosplay outfits, but those that enter have to also play the characters live onstage. More than 6 000 people turned up to see this year’s winners crowned on Saturday 26 July and the event was so big it filled Ballroom 20 and overflowed into extra rooms and the sails pavilion where autograph signings normally happen. 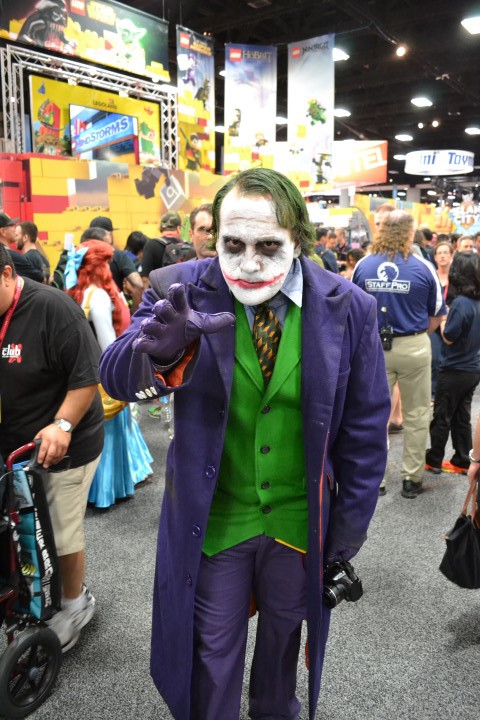 The winner this year was Giant Monsters All Out Attack (see video below), a monster burlesque show that rewarded creativity over technical perfection. The cosplayers wore bejeweled and sequined outfits to portray Godzilla, Mechagodzilla, Mothra and King Ghidorah as Las Vegas showgirls.