Accenture encourages equality in business at its Voices of Change conference

Ahead of Women’s Day next week, Accenture, along with Nedbank and Thomson Reuters, held a Voices of Change conference to explore equality, the challenges women face in the boardroom and why now is the time to level the playing field.

Kicking off the day’s addresses was Catherine Peter, who relayed her story, a long and winding road from initial plans to be a musician and dancer, to her current position as the chairperson of the One Young World Africa chapter. It was a journey that spanned multiple countries, beginning in South Africa, on to the US, then  Ireland and the UK, and ending back in South Africa. Peter, however, noted explained there is a ‘no mans land,’ a point where in wartime, was not claimed by either side, and in which no rules existed. She likened this to the “risky space between” where people need to confront their differences.

Peter further stressed the importance of understanding what is in front of us. From a business perspective, this translated into companies, and corporations understanding what women go through, the societal roles they are expected to play, while addressing the real fact that all too often women are not afforded a seat at the boardroom table. 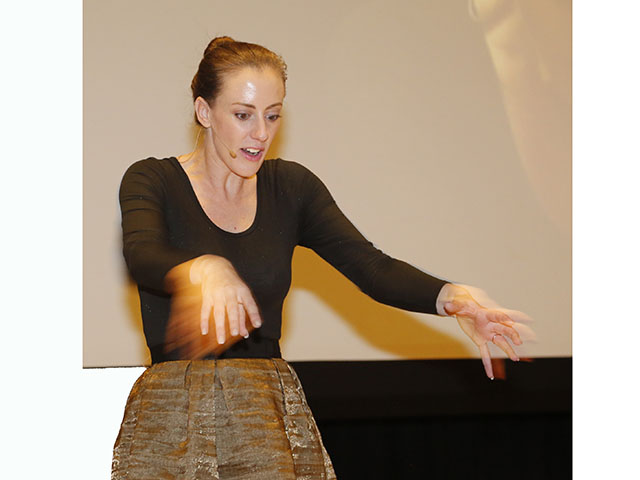 Themba Kalua, deputy representative of the UN Women in South Africa multi country office, pointed out that men should care about gender equality not just because they have a wife, daughter, mother or niece, but because it is the right thing to do. “Beyond that, closing the gender gap also makes economic sense, as it has been shown that corporates which have diversity do considerably better financially than those that do not,” he added.

Vukani Mngxati, the CEO of Accenture Africa, also had a controversial statement, asserting that often times women are smarter than men, due to the fact that growing up they had to empower themselves differently – mentally and emotionally – without the same emphasis on muscle-based strength.

“Often, many men speak about things like football, sports, recreational type topics. However for many women, their conversations revolve around the best schools to send the children to, how to get the most nutritious meals and where to shop for the best quality food, basically value adding topics.”

The event however, did not revolve around male bashing or encouraging discrimination over the other. Rather, it emphasised synergy – how men and women should work together, how companies need to foster synergistic working to everyone’s benefit – and some of the main barriers to this.

A particularly poignant panel discussion revealed that there can be no band aid approach to the issue, of just appointing more women to the board and thinking that all gender discrimination issues have been addressed. Rather, companies have to embrace a cultural shift, realising that often even as women are allowed senior management levels, they are still expected to garner the majority of the responsibility for running a household.

Kalua noted that there needs to be mechanisms in organisations that enable women to perform but also tend to homelife, which could be addressed by allowing more flexible schedules, making allowances for maternity and paternity leave. 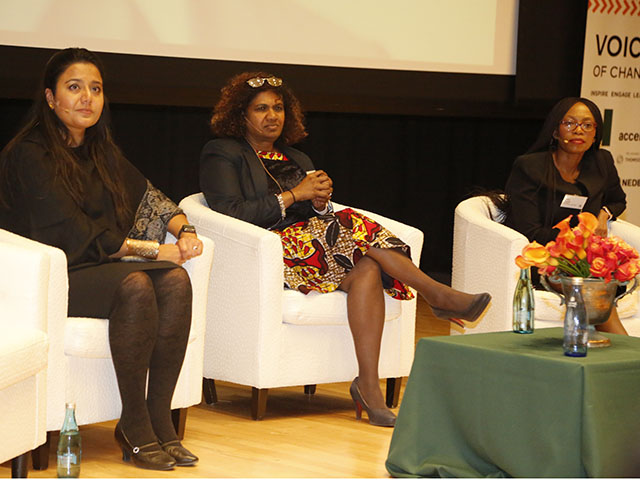 Sandy Mohonathan, Africa Human Resources Lead for Accenture, elaborated that businesses have to create a “truly human culture” for men and women to operate in. This she elaborated, would address four major arenas, beginning with wellbeing, where both men and women are healthy, physically, mentally and emotionally.

Secondly, it would entail teaching mindfulness in the workplace, where employees can be in the present and focused, even as they live in a technology based world where so much attention is giving to the device in their hand or pocket. Thirdly, a truly human environment would foster purpose, where employees can use the skills they have to contribute meaningfully to their communities. And finally, living with heart.

While all this may  sound utopian, in fact, it was touted as being attainable, with the right cultural shift. Sounding a warning however, was Sneha Shah, the MD of Thomson Reuters. She pointed out that the sad fact is that as more women are promoted into leadership positions, she has seen an increase in incidences of rape, abuse and marital infidelity by men. She continued that as companies close the gender gap, they need to be aware of some of the social impact this could have in women’s homes.

“We as a society need to speak to men about their roles, as speak to our boy children, about what it means to be a man,” she stressed.

From utopian solution to daunting challenge, Shah reassured that there is actually a lot that can be done across the spectrum, such as in the media industry, encouraging stories about gender inequality. “Everyone can step up and do something,” she noted.

Indeed, if there was one takeaway from the event, it was just that: it’s time for businesses and organisations to take action and accept responsibility for closing the gender gap and addressing the complexity of issues this presents. Our society needs it, and the future deserves nothing less.