Aruba Atmosphere 2018 Part 1: The pivotal role of the network

At the recent Aruba Atmosphere, held in Split, Croatia, it was the network that was explored in depth, with regards to its role in fostering digital transformation, fostering the workplace of the future, and enabling businesses to enjoy greater profitability.

Morten Illum, the vice president of Aruba EMEA, noted that the initial promise of digital transformation is that of increasing productivity. However, that is not the only aspect of this often-discussed megatrend. Digital transformation is also intended to foster a greatly improved user experience, and help organisations engender more collaborative working environments.

Illum stressed the freedom to work where and how employees desire, on their mobile device of  choice, needs to be done in a secure manner. And indeed, security has been the bugbear of wireless networks, with open networks in hotels, airports and coffee shops, to name a few examples, being a prime target for attacks.

He continued that the consumerisation of IT has meant that today’s companies are now faced with the challenge of offering an excellent user experience that is akin to what its employees enjoy as consumers, while still taking into account all the regulations and security issues that exist in the EMEA region.

If enabling users to connect to wireless networks securely was the only issue at hand, it would be enough. But it is not. Instead, companies further have to contend with a raft of Internet of Things (IoT) devices that, like it or not, are making their way into their networks, which potentially are also a threat. 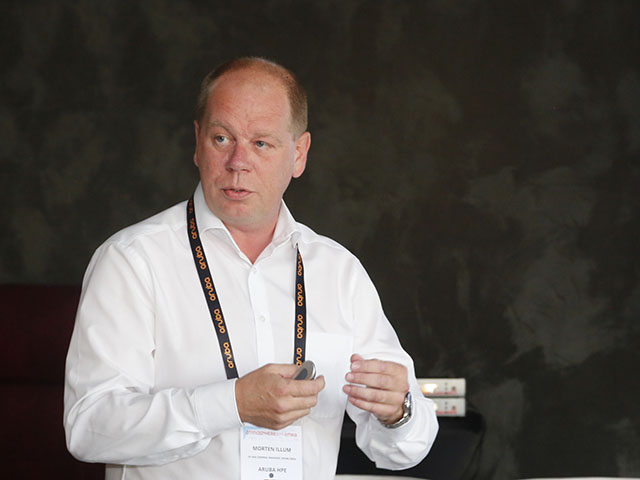 If that sounds too nebulous to be true, considering that most recently a casino’s security was successfully compromised, not by a team of 11 super-smart criminals pulling a sophisticated heist a la Ocean’s 11, but by a hacker accessing a single connected thermostat in an aquarium in the casino’s lobby. The attacker pulled an entire database of the casino’s high rollers. Perhaps even worse, it is not even the first time it has happened either.

Then bear in mind that the likes of thermostats, vending machines, and smart lighting, all  connect to the network via wireless or wired connections, and that 8.4 billion things are expected to be connected globally by 2020, according to Gartner, and the scope of the problem becomes clear.

In with the new ways

The question then becomes how can companies manage incoming IoT devices while simultaneously managing mobile devices on their network? Illum stressed that this cannot be done in the old fashioned way of just securing the perimeter with a firewall, companies need to  use different types of security methodologies.

To this end, he elaborated that companies need to have a holistic view of their network, which enables them to manage and secure everything on the network from mobile devices to IoT.

But managing one’s network is not just about enabling digital transformation, or keeping the ‘bad guys’ out. Illum enthused that, if risk management on the network is done in the right way, they can be turned into a benefit for the corporation.

“We have seen many examples of customers that have become truly digital and truly transformational in their behaviour, they create networks that are truly adaptive to their infrastructure, they create work experiences which empower employees to be more productive, and they are generating greater profitability,” he enthused. 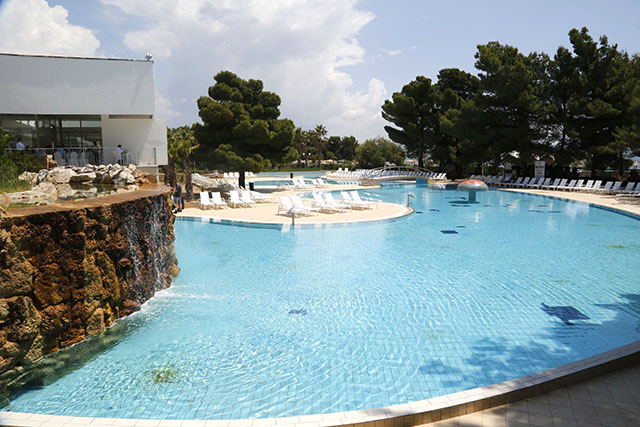 With Aruba's wireless solutions spread across the resort, attaining a strong and stable Wi-Fi connection outdoors at Amadria Park is entirely possible.

The network in action

A prime example is Amadria Park, a sprawling beach resort where this year's Aruba Atmosphere conference was held, which has deployed Aruba’s solution. Guests and conference attendees can access stable, secure Wi-Fi virtually anywhere, from a packed conference centre to the pool, the footpaths connecting one hotel to another and even on the beach.

Zrinko Badanjak, the chief technology officer of Amadria Park, didn’t mince words, noting that in the hospitality sector, the availability of wireless is a determining factor for guests, and for businesses that are considering holding their conferences at your resort. Elaborating on the latter, he noted that the competition is fierce, and not being able to pass muster with regards to providing good enough Wi-Fi instantly puts you out of the running.

Explaining just how important Wi-Fi accessibility has become, he pointed out that many users would prefer to be without power rather than connectivity. In this regard, the network becomes key to improving guest experience and loyalty, and thus increasing the hotel’s revenue. 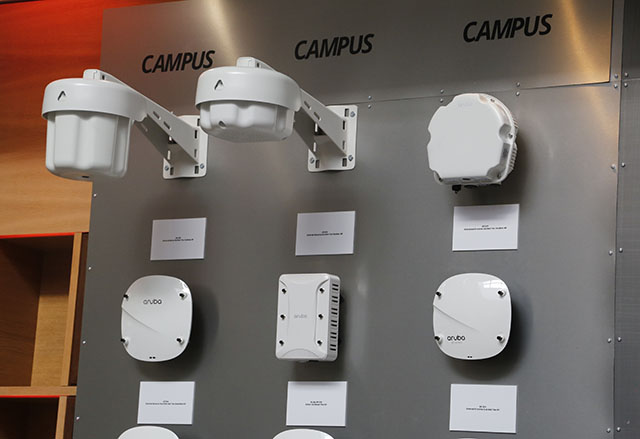 The not so humble network

The benefits of a fully utilised network extends beyond the business and hospitality arenas, however. Other examples given included universities, in which students could more effectively  collaborate, or utilise Wayfinding, to navigate the sprawl of their campus.

In a similar vein, smart, secure networks have application at research labs the likes of Cern in Switzerland, to enable scientists to access core data across one of the largest scientific labs in the world, without sacrificing user experience or security.

From enabling digital transformation, to enabling businesses to be more profitable, the common underlying thread was the network, and why a smart network, often running in the background is so critical in today’s connected world.

Part 2 will delve deeper iinto the workplace of the future and the part it plays in digital transformation.