If gaming notebooks were superheroes, then the ROG G751JM may well be Tony Stark/Iron Man, as it clearly makes no bones about its prowess.

The 17.3” notebook certainly has the brash confidence of an Avenger, claiming to offer ‘more firepower than you can handle, with looks set to kill’. In this case though, the claim can back itself up, from the outside in. To start with, it sports an aluminium finish, and weight wise sits alongside some of the company’s other, hefty gaming machines at 4.3 kg.

Opening the lid moves the screen closer to the user, which provides the illusion of the notebook being a bit smaller than it actually, making for more intimate gaming sessions. This is not solely for the sake of looking formidable; it has a purpose as well, as this design gives the machine an isolated area to vent heat away from the user. However, the rest of the machine's aesthetic is fairly subtle by comparison. The ledge and lid have brushed-metal accents and the vents are flared with red paint that is reminiscent of a ‘jet intake’, but the remainder of the chassis is covered in a soft, matte finish. 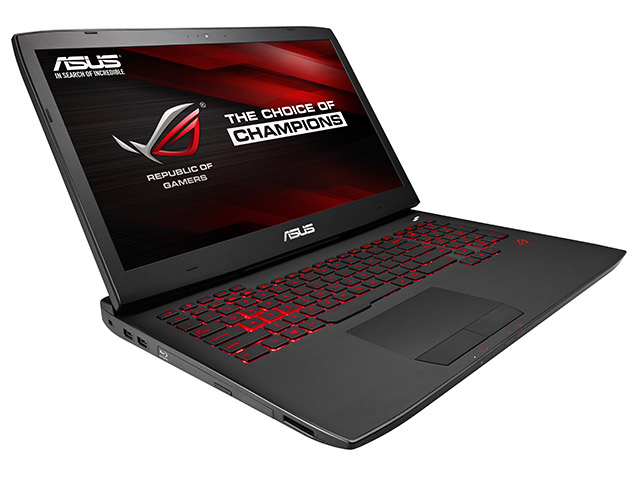 However, the notebook is not all style, no substance, as it is powered by Intel Core i7 (4710HQ) processor, able to dole out up to 3.5 GHz worth of processing power and which should give The Flash a run for his money. This is then assisted by an almost as alluring up to 32 GB of DDR3 Memory with an NVIDIA GeForce GTX860M GPU packed with 2 GB GDDR5 dedicated memory. Furthermore, the notebook boasts TurboMaster technology for an enhanced graphics performance. Keeping things cool under pressure is a dual-fan cooling system.

Opening it up reveals an IPS anti-glare display with a full HD 1080p (1920x1080) resolution while boasting a 178∘ wide-viewing angle, just right for sharing movies or games on the couch with one’s significant other or mates.

On gaming notebooks, the keyboard is often paramount, and on this front, the Asus ROG G751JM should not disappoint. Along with being responsive, users can also adjust the level of backlighting to their preference, taking into account different environmental conditions.

Asus has also paid particular attention to the keyboard’s functionality. For example, players will find unique game keys for Steam, as well as ROG Macro keys that are programmable with up to three commands. More specifically, players can set these keys for launching apps, multi-key actions, or other functionalities. As for the sound output, Asus has seen fit to include both MaxxAudio processing as well as its ROG AudioWizard, to provide immersive, high quality sound through the onboard speakers as well as its Bass Eye subwoofer. 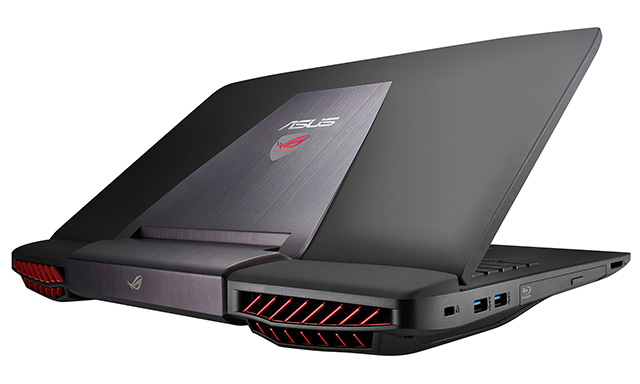 With regards to connectivity, the machine boasts a plethora of ports, starting with two USB 3.0 ports, a VGA connector, three audio jacks, Ethernet, HDMI and a Thunderbolt port. Two additional USB 3.0 lay claim to the left side of the machine, alongside the rig's optical drive and SD/MMC card reader.

Asus has brought a serious mobile gaming rig in this class, and should definitely not be overlooked thanks to the excellent price accompanied by the beefy specs and eye catching looks. The Asus ROG G751JM is now available at Evetech.co.za from R18 000.