With the foundation laid, and real world examples given, the Dell Technologies IQT strategy event, held in New York last week, got underway in earnest. Thankfully though, this was not the usual take on IoT, with smart cities being extolled or hyped up with plenty of promises for ‘someday’.

Indeed, even as the event was named IQT Strategy day, it had much to do with AI, machine learning and the best use of data as well, with Dell Technologies CEO and founder Michael Dell saying it most succinctly: “I believe that AI and machine learning will be the jet engine of human progress, and data will be its fuel.”

Dell began by pointing out that through our senses we are constantly processing enormous amounts of data that we then compile into our understanding of the world around us. However, Dell enthused, we are standing at the beginning of  a new reality, where we will soon have a virtual mirror of our world, with every object streaming information. This Dell references as “the edge”, more commonly known as the Internet of Things, which will ultimately become the Internet of Everything.

However, the internet of things, and all it portends, is not a vision for the distant future; already the number of connected devices is approaching 100 billion worldwide, in time expected to become a trillion. What this means, Dell continued, is that we are already, and will continue to be, awash in rich data. “We will have the opportunity to harness data with unprecedented computing power and fifth generation connectivity, and able to engage massive engines of computer science to analyse that data and drive radical progress through our global society,” he enthused.

As for the company’s role in this sea change, Dell believes it is Dell Technology’s job to innovate the secure infrastructure, along with customers and partners, so as to create a cycle empowering  continuous innovation and improvement. More specifically, he detailed that this begins with software that makes products smarter, such a thermostat or car or wind turbine. 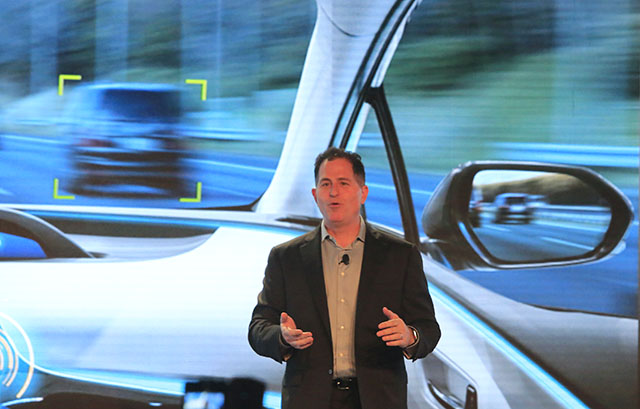 Start at the beginning

Dell stressed that in order to actually create this cycle, it all begins with developing code, writing new software and deploying it. But, he stressed, the true potential of the Internet of Things and AI is when they come together as one complete independant ecosystem.

“We call this the IQ of Things, or IQT, and this is where every node is added to the collective intelligence of the whole. We see this as the next evolutionary step in computing, one that will have a profound impact on business, industry, and all organisations around the world,” he added.

It is easy though to get carried away with the heady potentials of the future. Refreshingly, Dell took a step back to offer a bigger picture of computing, where it has come from and contextualise where it is going.

Looking back to step forward

Indeed, computing architecture has changed dramatically over the past many years. It began with the centralised mainframe, which was revolutionary for its time, but was very expensive and hampered by a difficult to operate user interface (UI).

This was then replaced with a distributed model to computing, with the vision of a PC on everyone’s desk, which drove the cost down, making it affordable to the masses, and with the likes of Windows offering a far more workable UI. And then, of course the World Wide Web happened, followed by more recently cloud computing.

In a sense, the approach to computing had swung back to being centralised, with with large data centres running apps on phones, tablets, and new kinds of PCs, which brought with them a whole new approach to the user interface. 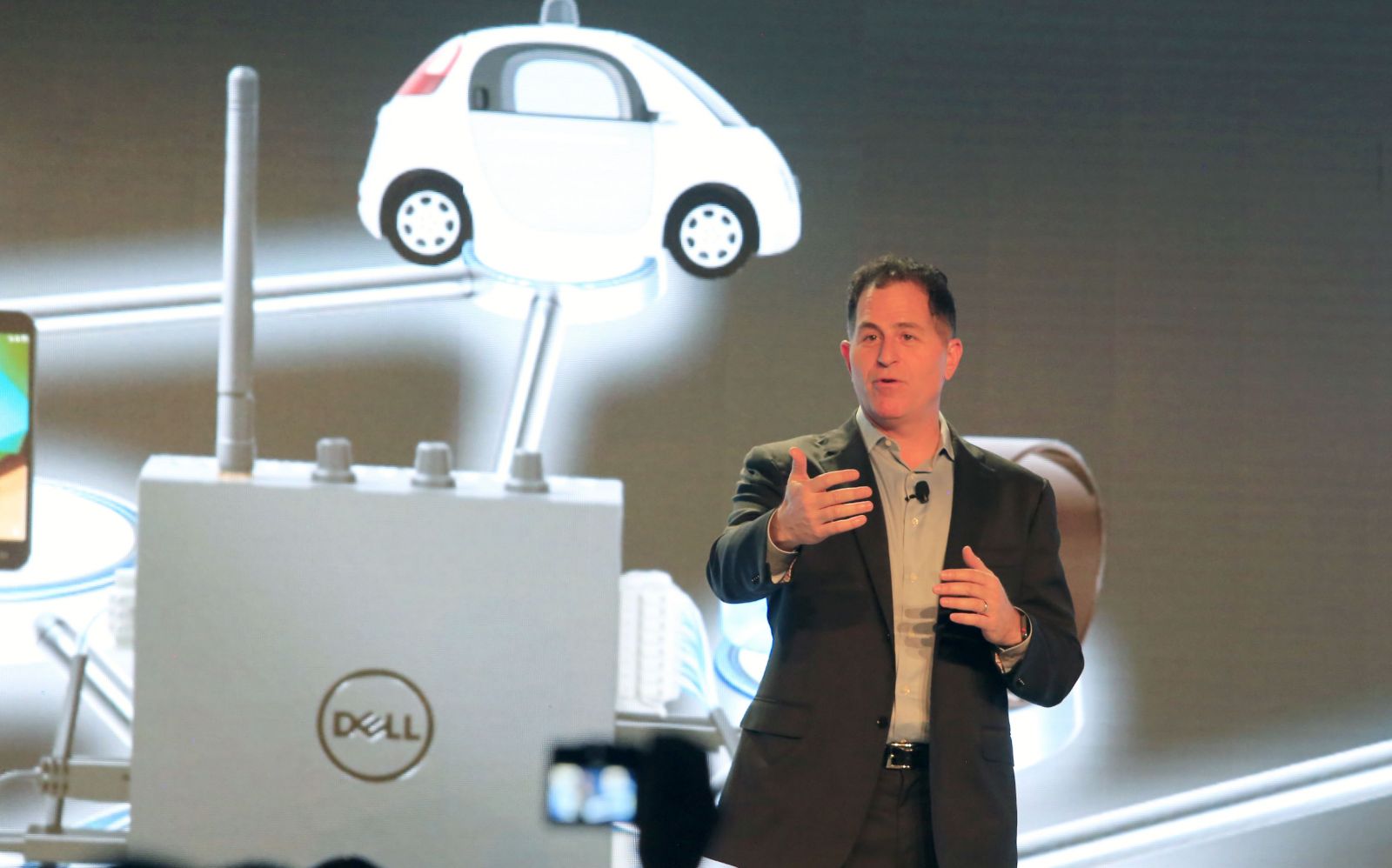 The end is (NOT) nigh

Dell notes that while some have proclaimed that cloud computing is the final computing model, he does not believe that the industry is finished innovating. Rather, he sees a new breed of apps, which require a real time response, driving a huge move back to the distributed computing model. However, this may not be anything we are accustomed to, with apps running not on a PC or phone, but rather on an autonomous delivery drone, a self driving car, a lightbulb or an industrial robot.

He adds that in an IQT world, we will also need a level of computing power that is near the edge, that he calls the distributed core. “This is a new generation of mobilised, hyper converged infrastructure that will handle real events in real time. This emerging computing model is the basis of our Internet of Things strategy. In fact, we believe there will be more data at the edge in the distributed core than in the cloud, and there will be plenty of processing power at the edge too,” he explains.

So does that mean that the cloud is at risk of becoming irrelevant? Not at all. Dell assured that the cloud remains extremely important for AI and analytics, as it is where all kinds of disparate and unstructured data can be processed. “Increasingly, our customers have a need for machine intelligence applications that require highly parallel computing resources, special software and libraries and tools,” he reports. And the ramifications are momentous,  as parallel computing driving innovation could give rise to platforms that improve performance and efficiency by a factor of 10 or even 100.

The good news is that the next evolution of computing is not going to be limited to the special few who can afford it, which it could be argued, is why the mainframe model was so readily replaced by PCs.

Dell reassured that instead, the company is working to make that next generation of computer science affordable and economical enough for everyone to consume. Increased adoption of these powerful tools will then create a cascade of benefits to society at large. Furthermore, as machines learn, these lessons are then delivered back to the edge, resulting in a connected world that becomes smarter all the time.

And that, perhaps, is the ultimate promise we are hoping that IoT - or rather IQT - ultimately delivers.