One of 2018's most hotly anticipated titles, Far Cry 5, launches later this month. In order to get a better understanding of what Ubisoft's latest offering serves up, we were invited by local distributor Megarom to play a preview version of the game.

After racking up a few hours of gameplay, including countless deaths, some immersive cutscenes and a wide array of oddball characters within the fictional Hope County, Montana, here's five things we learned about Far Cry 5.

Ubisoft has a solid track record when it comes to creating villains for its games, with the Far Cry franchise in particular featuring some notable inclusions. The fifth installment in the series may have the most intriguing one yet though in the form of Joseph "The Father" Seed and his cult of followers at the Project at Eden's Gate (PEG).

Charismatic, smart and diabolical, our first encounter with Seed did not disappoint, with the game opening up with a failed attempt to try and arrest him deep in the heart of Hope County. As such, we wouldn't be surprised to see Greg Bryk's performance as Seed earn the actor a Video Game Awards nomination, and perhaps even a win. 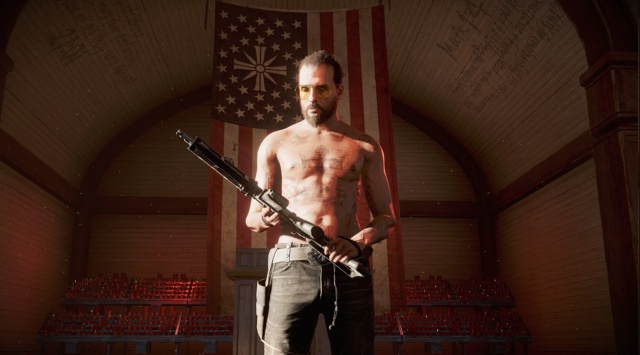 Our first few hours of Far Cry 5 showcased a game that is both beautiful and brutal. The natural landscape of Hope County is easy to get lost in. One, because it's so expansive and tough to travel across on foot, and two, as the attention to detail when it comes to flora and fauna is hard to ignore. A lot of credit must go to Ubisoft's team for creating such a rich environment.

The brutality comes in with the violent action that gamers must tackle. Almost every person you encounter in Hope County is wielding a weapon, and they prove pretty handy with it. As such, keeping your wits about you the whole time is a must, and once a mission gets underway, it can quickly get out of hand as waves of enemies descend on your position. Expect some bloody battles. 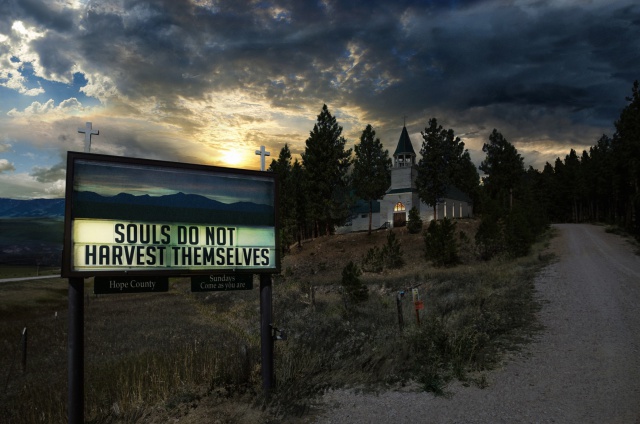 Next worth mentioning are the weapon mechanics. There are a swathe of different weapons to make your way through, from homemade explosives that you craft, to all manner of assault rifle. We found the more complex the weapon, the more difficult hitting targets became.

A gun with a sniper scope attached for example is only good in a handful of situations. As such, we favoured the spraying power of a shotgun and the accuracy of a bow and arrow. The latter is not perfect though, with some enemies capable of dodging arrows even at close quarters.

Another issue we had was the inability to carry multiple variations of a specific weapon class, such as being able to store a shotgun, assault rifle and minigun in the same weapon slot of our inventory. The result was a lot of discarded weapons, which means we often reached for a jack of all trades type gun over a more specialised piece of equipment. 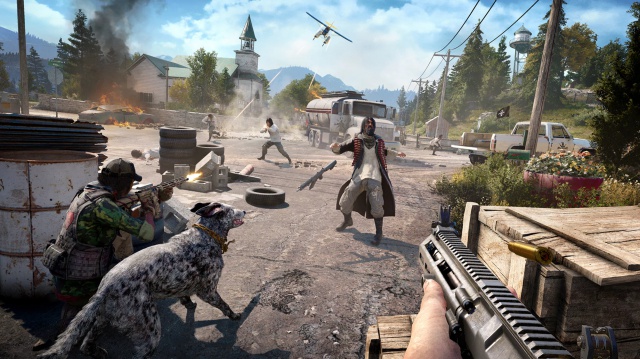 How about getting around Hope County? Well, all we can say about that is the back roads are your best friend. Trying to venture on a main road while riding a quad bike proved to a be a suicidal task, especially as almost every vehicle we passed had a crazed PEG zealot inside it trying to kill you.

As such, we had to stick to sneaking around in the forest to reach different checkpoints and mission starting areas. It certainly tacks on a bit of time to one's gameplay, but does trump the alternative of having to restart after being killed by some random loon on the road. 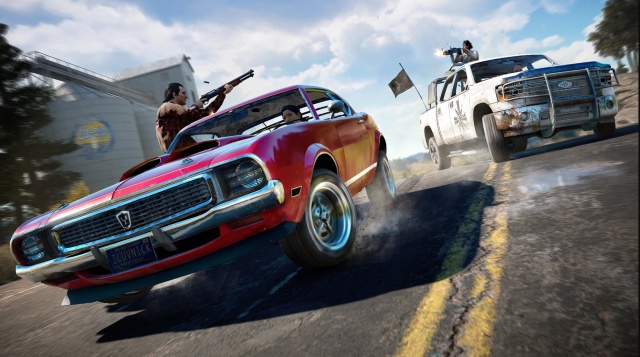 One element of gameplay that Ubisoft is talking up in Far Cry 5 is the use of allies. Not just the main ones featured in the opening few cutscenes of the game, but also the ones you'll encounter in Hope County.

Rescuing or hiring civilians on your travels will come in handy, especially when tackling more intense missions. When it comes to fighting, the allies more than held their own, as well as proving quite intelligent in naturally flanking enemies and taking out armoured targets.

That said, there was one peculiar glitch in which an ally purposefully stood in a fire while following us to a meeting point. As such, they swiftly needed assistance and reviving, which really flies in contraction to their behaviour in battle.

Albeit a bleek and disturbing story, Far Cry 5 is a beautiful looking game. The juxtaposition of the natural landscape of Hope County to the brutality with which the PEG cult operates makes for a truly interesting dynamic.

The gameplay and mechanics were also sharp for the most part, and should give gamers looking for a challenge something to do. Add to that a solid array of supporting characters, both big and small, along with a stellar antagonist, and Far Cry 5 has a great storyline at its disposal.

To be fair though, as one Twitter user rightfully pointed out over the weekend, the game could prove repetitive for some. To that end, the cycle of heading to different areas and eliminating all enemies is one that Far Cry and this FPS gaming genre in particular is guilty of overusing.

Where Far Cry 5 feels different, however, is the highly detailed environment it has created, the sharp gameplay and intriguing storyline. As such, it might prove enough for even the most syncial of gamers, and is one we cannot wait to play in full come 27 March.