High performance gaming notebooks are notoriously expensive, but the GE60 Apache LE notebook aims to buck this trend, carrying a more affordable pricetag of R13 500. This has been accomplished by dropping the integrated SteelSeries backlit keyboard found on other notebooks in the range.

Contrary to popular belief, gaming notebooks aren’t simply restricted to one singular function. Likewise, not all gamers require a peacock-like machine that shoots out fireworks to garner the attention of others – facts that MSI clearly recognise and have kept in mind when designing the GE60 Apache LE notebook.

To its credit, MSI has not skimped on the display since incorporated into the GE60 is the same 1920x1080 full high-definition 15.6” LED panel as seen in the high-end Apache models, with the range’s trademark bright, crisp visuals being present here as well. The latest Intel 4th generation mobile processor, the i5-4210H (clocked up to 3.5 GHz), backed up by 8 GB of DDR3 RAM, help to ensure the GE60 Apache LE meets the standards of a modern quad-core gaming notebook. 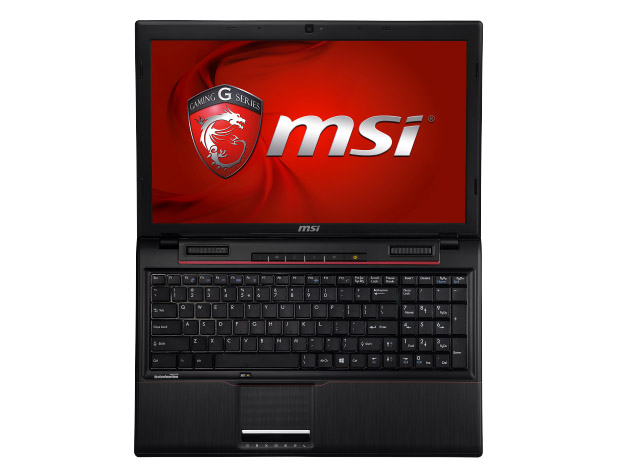 The very latest in mobile graphics tech from NVidia, the GTX 850M 2 GB dedicated graphics card, makes a welcome appearance in the GE60 Apache LE and produces some interesting results in its benchmark scores. According to Evetech.co.za, both Batman Arkham Origins and Borderlands 2 average at over 60 frames per second on high settings, producing a healthy, locked 1080p.

Meanwhile, Call of Duty: Ghosts hovers just above the 50 FPS mark on high settings while The Elder Scrolls V: Skyrim averages around 45 FPS. Impressively, the GPU keeps up to the demands of all modern PC games at full-HD on high settings and always operates at acceptable frame rates, rarely dipping below the crucial 30 FPS mark, persistently nipping at the heels of its older sibling, the GTX 860M.

As far as networking and connectivity features are concerned, users will find support for the latest wireless networking protocol 802.11ac. According to Evetech, this affords massively improved signal range and theoretical speeds of up to 7 Gb/sec. The latest Bluetooth 4.0 joins the party along with USB 3.0 ports, accommodating connectivity to all sorts of high-speed external devices, whether they be wired or wireless.

Icing on the cake

Furthermore, the notebook comes with a MSI gaming backpack, $150 (R1 500) of in-game currency for select PC games (Warface, Path of Exile and Heroes of Newerth) as well as free delivery to anywhere in South Africa.  Evetech believes that the MSI GE60 Apache LE offers amazing value for not only gamers but anyone that needs a powerful system for video editing, graphics desing or just as a desktop.

The MSI GE60 Apache LE retails for R 13 500 including. VAT, is an MSI exclusive to South Africa, and is ambitiously aimed at creating ripples in the entry-level gaming laptop market. The unit is available from Evetech (www.evetech.co.za/mobile), with a range of additional peripherals that can further augment the notebook, including bigger larger harddrives, a solid state drive or more memory.