How to Train the hybrid work mind
0
comments

Technology needs to be harnessed to aid Africa’s...
0
comments

Better Connected: The pathway to a tech-driven fut...
0
comments

Easily the biggest event in the world of mobile, each year many a manufacturer descends on Barcelona to showcase their latest wares and outdo the competition. 2017 is no different, as Mobile World Congress kicks off next week - 27 February to 2 March.

With the four day long conference filled to the brim with events, press conferences and trend presentations, there's quite a bit going down at MWC 17 this year. To ensure you're in the know, here's what to expect next week from some of the major manufacturers. 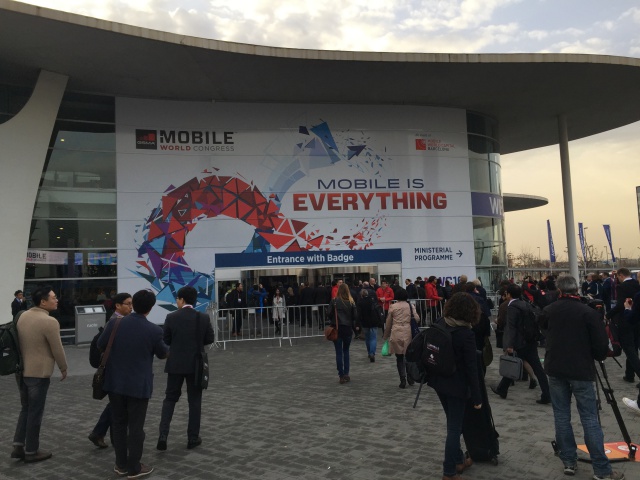 The Chinese manufacturer is a mainstay at MWC, but this year is a little different in terms of the devices on show, with the Huawei P10 flagship set to make an appearance on 26 February at 15:00 (SAST). Along with the new flagship, which is expected to place a significant focus on its dual camera setup, Huawei is anticipated to debut a follow-up to their smartwatch too. Given the Huawei Watch never landed locally, it will be interesting to see if the next iteration will arrive on local shores sporting enviable elements.

The fate of HTC's mobile business is difficult to decipher at the moment. On the local mobile device landscape, the Taiwanese manufacturer is virtually non-existent, but the company has been drumming up plenty of interest in its Vive VR headset. Moving back to its mobile line, HTC has already debuted the U Ultra, which is said to be one of two devices the company plans to unveil during the first half of 2017, the other being named the HTC 11. As such, some eyes may be fixed on HTC at MWC 17 to see if a flagship is one the way.

This South Korean electronics company gambled on modular last year with the much talked about unveiling of the G5. Now LG has apparently abandoned those plans in favour of a focus on display. The LG G6 is not the only device expected from the company, with its recently debuted pair of smartwatches likely on show too.

Hopefully making a welcome return to MWC is Finnish phone maker Nokia. The company will be debuting a homage to the iconic 3310, but will also reveal a new flagship in the form of the Nokia 8. Whether the latest wave of Nokia devices will land in SA is unclear at this stage, but we are nevertheless happy to see them back on the world stage.

Nokia has a press conference scheduled for the 26th of February, as well as have a number of talks and booths dedicated to telecoms, and in particular 5G and the Internet of Things (IoT).

Sony needs to make a big impression next week at MWC 17. When it comes to smartphones, the Japanese company is expected to debut the Xperia X2 at an event on the morning of the 27th of February (the first official day of MWC). Along with the X2, Sony will have a number of IoT-enabled accessories in tow. As such, follow ups to devices like the Xperia Ear and fully fledged versions of its concepts from last year should be on the way.

No Galaxy S8 flagship for Samsung at this year's MWC, although the South Korean manufacturer will still have some new devices to show off. Leading the charge is the Galaxy Tab S3, but whether or not it will be one of the best Android-based tablets on show in Barcelona remains to be seen. The new tablet will be showcased on the 26th of February, as many manufacturers have chosen to do, at 20:00 (SAST).

TCL, which is handling the manufacturer and sale of BlackBerry-branded devices, will be one of the more intriguing companies at MWC 17 to keep an eye on. The company is expected to unveil its Mercury device in full, which continues the tradition of touch and type interfaces on a handful of the BlackBerry flagship offerings in recent years. Added to this, TCL should also clarify its plans for which regions the Mercury will be sold in.

One of the new manufacturers to land on South Africa's shores, ZTE is perhaps another Chinese company on the rise. To that end, a new Axon device will likely be showcased, alongside the company's 5G-compatible Gigabit Phone. The latter device will cater to the burgeoning new broadband standard, but other specifications are unclear at this stage. With faster download speeds at its disposal, the Gigabit Phone should be good for streaming content and enjoying VR, if you have the network to support it

To stay a step ahead of others during next week's Mobile World Congress, be sure to follow us on Twitter at @TechSmartMag, as well as our website and Facebook page, as we'll be in Barcelona covering all the major announcements.