Taking a break from the high level discussions around the relevance of analytics (Part 1) and the importance of digital transformation (Part 2) led us to an insightful interview with Desan Naidoo, the VP of SAS in South Africa.

Naidoo began by contextualising the relevance of  analytics to South Africa in particular, noting that the country faces many of the same challenges in the space as Europe. He stressed however that adoption rates of these emerging technologies vary from one region to the next. Furthermore, South Africa cannot wholly be bundled in with the rest of Africa  either, he explained, since there is a greater maturity of South African organisations in terms of adoption of AI and analytics when compared with some other African countries.

“If you look at  large banks and telcos, they have built skills around analytics for many years. Furthermore the ecosystem for building analytics skills has also been in place in South African universities,” he continued. That being said, he was encouraged by the fact that there is the opportunity for the rest of the African region to catch up  quickly. 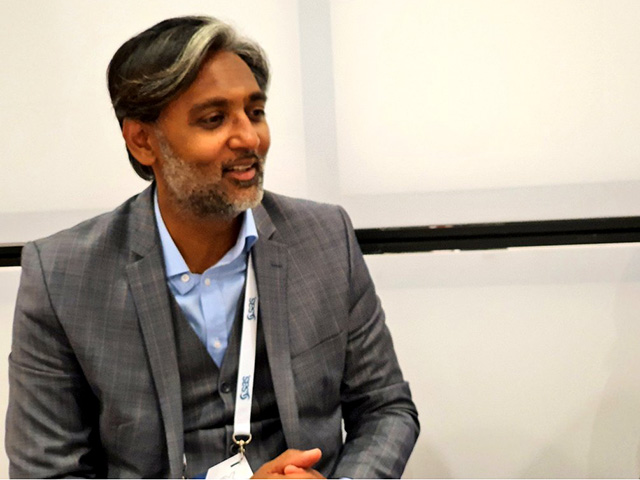 The predominant question that comes to mind, of course, is what is the number one user case for this country? After all, as one session at the event explored, using analytics to map out potential avalanches to benefit skiers was a natural fit for a country like Switzerland. So what is our natural fit?

Naidoo pointed out that the reason why fraud is the number one use case for analytics locally is due to the fact that South Africa has endured ten years of government fraud and irregularities. “My comment is that for government, it is time to put their money where their mouth is. They have promised to clamp down on irregularities, and the technology to do so is available now,” he asserted.

Just one example of how this can be put into practice is through SAS’ partnership with Facts Control, using analytics to identify anomalies in the procurement process.

“We can already leverage analytics to prevents tender from being awarded to person with connection to particular individuals, rather than it only being identified after the fact,” he elaborated.

The second most application usage of analytics locally is in order to improve customer experience. Indeed, he noted that many in the retail sector are using machine learning and computer vision to better identify and connect with their customers, so that they can communicate more effectively.

The third usage scenario to watch out for and one that will be relevant to all countries, will be on analysing weather data and helping citizens better deal wit the anomalies brought about by climate change.

That use case scenario though is not for some day in the future. Indeed, as this is being written in the midst of an abnormally hot October, it’s not a stretch to imagine that soon heat wave and sunstroke warnings will be joined by an AI that helps us deal with other climate related threats. 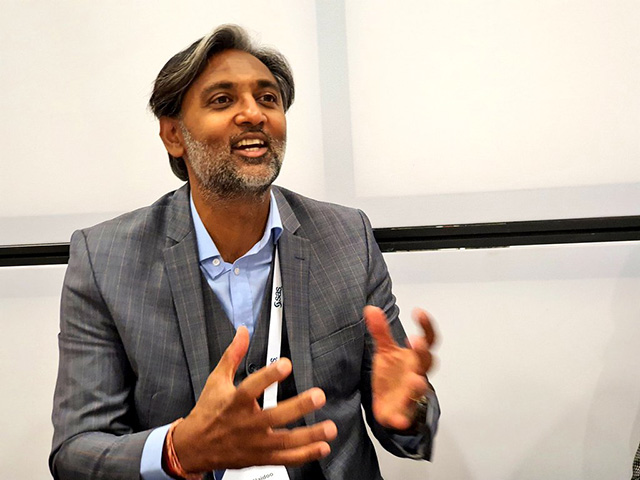 Climate chaos is not the only kind of uncertainty that we will likely have to contend with. So too is the changing nature of jobs as automation drives some positions, to borrow from SAS’s Oliver Schabenberger, extinct.

Naidoo didn’t mince words on what AI and automation will do to jobs, stating that “there will be a tier of jobs that will definitely be lost as a result of machine learning.” Indeed, one only need to  see the recent spate of bank strikes to see what kind of response we can expect. However, there is also a positive side to the proliferation of machine learning, AI and analytics, as these will also enhance people’s roles beyond their current expectations.

He gave the example of  a security guard in charge of monitoring a camera and ensuring an area is safe. That role will likely be augmented by AI infused cameras that pack intelligence into facial recognition, giving the guard in question more insight into who is entering the building so that he can act appropriately.

“The evolution of technology offers innovations that will make our lives easier and better,” he reiterated. The caveat? “We as humans need to ensure we are evolving,” he concluded.