Save on the best gaming TV this Black November

Upgrading your gaming setup up to keep up with the latest games isn’t easy. Next-gen games are improving rapidly as the global gaming community continues to grow, but at the same time, we are seeing legacy hardware becoming outdated faster than ever. And while it may seem like a never-ending battle to empty your pockets on costly upgrades every couple of years, this time of the year also presents significant cost-savings for hardware-hungry gamers.

Black Friday and Cyber Monday are anticipated global sales events, and they're the perfect opportunity for gamers to get their hands on cutting-edge tech - at ridiculously low prices. But before you go swiping on an overclocked, water-cooled, power-hungry monster of a gaming rig, ask yourself this: does your gaming display do your setup any justice?

Gaming on a high-performing PC without a good display to match is like going to an art gallery with a blindfold. The latest games are approaching life-like graphics and to truly appreciate everything they have to offer, full HD alone won’t exactly cut it anymore. Gamers also need more than resolution; there’s the question of response time, input lag, refresh rate, or HDR compatibility.

So, taking all of this into consideration, there is one sale that gamers should keep their eyes peeled for. Instead of saving their deals for one day, LG is celebrating Black November, with incredible electronics deals on for the whole month. During November, the 55” LG OLED C1 4K TV will be available at R19 999 and the 48" at R16 999 from all major retailers (that’s a saving of R5 000 and R3 000, respectively). So, you might be asking, what exactly makes the LG OLED C1 stand out above the rest? 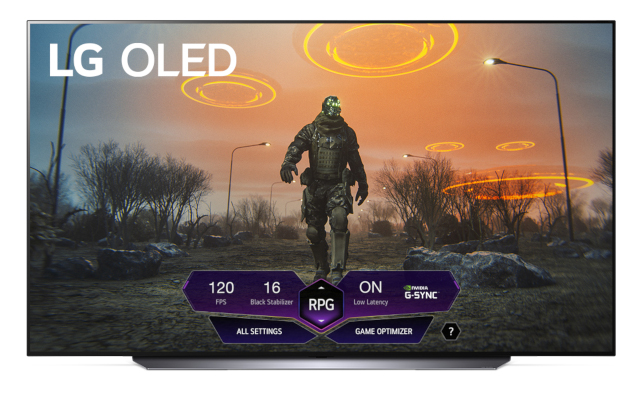 A new benchmark for gaming

In the past, gamers never really used TVs as a display because monitors offered far better response times and low input lag. And in the world of competitive gaming, the responsiveness of a display can mean the difference between winning and losing. Gamers had to opt for monitors, but all of that changed when LG introduced their ground-breaking OLED TVs to the market, which were designed not only for sports fans and movie lovers – but also for gamers.

Today, OLED TVs have surpassed the capabilities of most gaming monitors out there. Conventional LED monitors rely on backlighting to produce images, which means that no part of the screen is ever fully turned off. Blacks are therefore never truly black, and it also results in a ‘blooming’ effect around bright objects in darker scenes. OLED, on the other hand, uses self-lit pixels that can turn on and off on an individual level. This allows OLED displays to produce perfect blacks and near-infinite contrast that cannot be compared to other display technologies.

OLED also holds the fastest response times on the market at an astonishing one millisecond, and it doesn’t really get any faster than that. Because it takes a hundredth of a second for pixels to shift through the colour spectrum and back, OLED exhibits virtually no ‘ghosting’ or ‘trailing’ images of objects, even when playing fast-paced games. It’s no wonder that LG’s 48” C1 OLED TV earned EISA’s first-ever Best Gaming TV award in 2021. 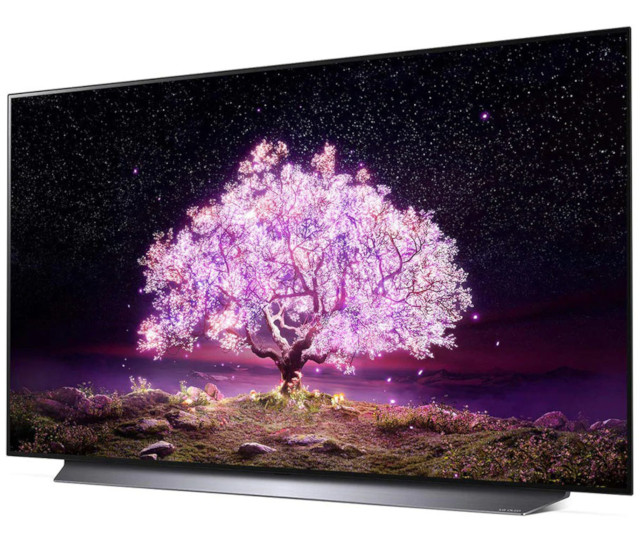 If you have a next-gen PC or console and want to enjoy games in stunning 4K at 120 Hz, it’s important to know that you need a display with HDMI 2.1 since HDMI 2.0 can only support 4K at 60Hz. Most TVs also only have one HDMI 2.1 port, but LG’s OLED TVs have four, so you never have to worry about any future add-ons to your TV setup such as a PC or console, amplifier, decoder, or sound bar. LG recently released a firmware upgrade for their OLED TVs that made theirs the first to support Dolby Vision HDR at 4K and 120 Hz for gaming on compatible platforms.

Another world-first for TV was their LG’s NVIDIA G-SYNC support for big screen gaming. OLEDs also come standard with Variable Refresh Rate (VRR) and AMD FreeSync compatibility, and all these adaptive syncing technologies have a significant impact on reducing screen tearing, stuttering, and input lag. Additionally, the OLED C1 comes with LG’s very own Game Optimiser feature which uses an α9 Gen 4 Intelligent Processor to detect specific game genres to optimise the picture and audio and enhance your gameplay experience. And for those late-night gaming sessions, LG’s OLED TVs are Eyesafe certified to reduce eye strain caused by blue light – while maintaining optimal colour performance.

If you’re a gamer looking for full immersion in the wonderful world of gaming, this Black November is your chance to gear up and get your hands on the best gaming TV the industry has to offer – for a fraction of the cost. So, before you start swiping for a new stick of DDR5 RAM or a 3000 series graphics card, consider feasting your eyes on an OLED gaming TV first.