Congrats to @Sayu_riaz and @Samantha8701 for winning our #StikBot_ZA comp. Your Studio Packs are on their way. pic.twitter.com/E9Mw9Izr6J

Prima Toys recently brought the StikBot to South Africa, and it is safe to say that the poseable toy has gone down very well with aspiring stop-motion animators. With that in mind, TechSmart has two Zamination Studio packages to give away, courtesy of Prima Toys.

The Zanimation Studio is the most complete offering available for StikBot fans and features a number of tools to get your animated creations up and running. Along with two poseable StikBots (orange and red), the Zanimation Studio comes with a 2-in-1 Z-Screen stage. Capable of providing either a green or blue backdrop, which is important to bear in mind depending on the colour of your StikBots, it allows stop-motion animators to choose from a variety of backgrounds for scenes.

These are delivered via the free-to-download Zing Studio app (iOS and Android), which features a special effects and sounds for users to add an extra dimension to their short films. There are also two prop boxes, as well as a mount to hold your smartphone while recording included. 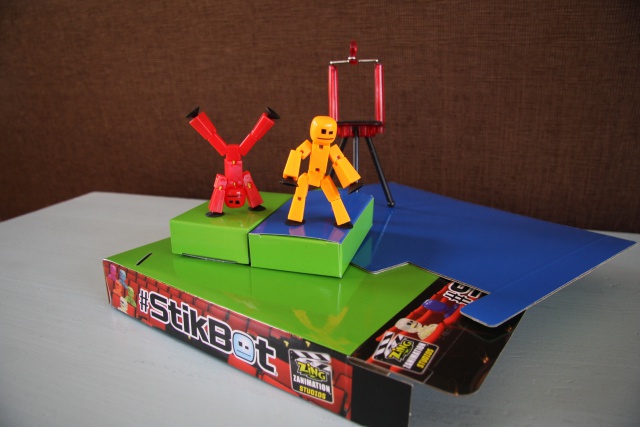 If you want to win one of two StikBot Zanimation Studios, Tweet the following:

As always, terms and conditions apply. Winners need to have a delivery address in South Africa.