Creative Cloud customers are as diverse as the work they produce, but their desire to work without constraint, whenever and wherever an idea strikes them, is universally shared. Creative Cloud 2015 sees more convergence across desktop and mobile, with Adobe adopting the term “CreativeSync” to describe the synchronisation that occurs in the workflow. The company is also introducing Stock, a photo library of four million stock images available for purchase on a once-off basis or as part of a subscription plan.

Last October saw the company start a journey to connect subscribers to all of their work and assets. The introduction of mobile apps, that are seamless extensions of the desktop apps, has truly enabled connected workflows.

“Creative Cloud was designed with the purpose to sync content, assets and tools between devices. CreativeSync technology deepens the connections between desktop apps and mobile apps, on both Android and iOS,” says CEO of local Adobe distributor - Dax Data, Jeremy Matthews. “Adobe focuses on convenience and ease of use, incorporating a stock imagery service into its Creative Cloud offering delivers additional power to the creative process”, continues Matthews.

CreativeSync’s signature technology, intelligently syncs creative assets: files, photos, fonts, vector graphics, brushes, colours, settings, metadata and more. With this feature, assets are instantly available, in the right format, wherever designers need them – across desktop, web and mobile. Work can be kicked off in any connected Creative Cloud mobile app or desktop tool; picked up again later in another and finished in the designer’s favourite desktop software. This feature is however exclusive to Creative Cloud Subscribers. 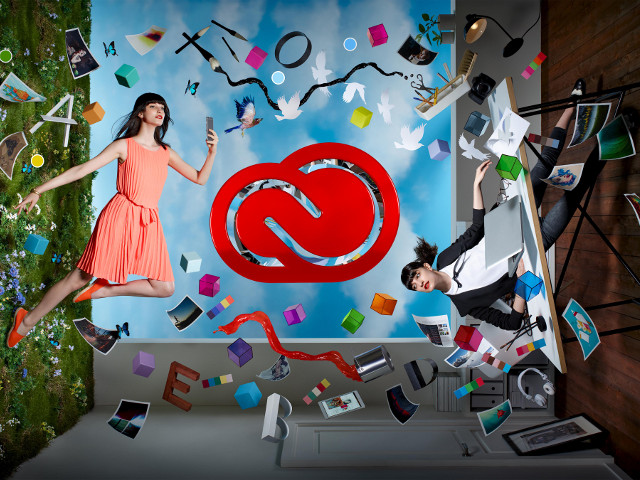 Popular updates to the desktop apps are as follows:

Adobe is bringing more of its mobile apps, introduced in iOS, to Android. Following Lightroom Mobile, Android users can now download Photoshop Mix, Shape, Brush, and Color. The apps are available on the Google Play store and while they’re free to download, some features require an Adobe CC subscription. Adobe has also updated many of its popular Creative Cloud mobile apps for iPhone and iPad, including Adobe Comp CC, Photoshop Mix, Photoshop Sketch, Illustrator Draw, Brush CC, Shape CC and Color CC. In addition to these updates, Adobe debuted Adobe Hue CC. This app provides an easy way to capture and share production-quality lighting and colour schemes – for video, film and broadcast. It is compatible with Premiere Pro CC or After Effects CC and integrates the colour schemes into these desktop apps.

These updates to CC desktop and mobile apps are immediately available for download by Creative Cloud subscribers as part of their membership and is one of the largest releases in a couple of years.

For more information on availability and pricing contact sales@daxdata.co.za or visit http://www.daxdata.co.za/ to put you in touch with your nearest reseller.