In the last installment of Dell EMC’s Flash series, fundamental change is the topic in the spotlight. While previous entries explained what flash is, why it is the future of primary storage, and its business necessity, the last part, and its accompanying podcast, take a broader view, likening Flash to a tectonic shift which changes the landscape above it.

Rudi van Rensburg, the senior manager for Primary Storage (All Flash) at Dell EMC explains that technological progress is like an earthquake. Running with the analogy, he notes that our planet is covered with giant slabs called tectonic plates, which slowly drift on an ocean of molten liquid underneath the Earth’s crust. These gradually shift in one direction, usually opposite to a neighbouring plate. Sometimes those plates snag and, like equally matched tug-of-war teams, they strain against each other until something gives. The resulting snap and release of energy is what creates an earthquake.

“Technology works the same. There is always gradual progress around us, slowly shifting towards the future. Most of the time we can adopt these new changes at a luxurious pace. But every now and then there is a big shift, a dramatic shunt forward that changes everything. The kind of event that, if you don’t adapt to it, you face extinction,” he asserts. 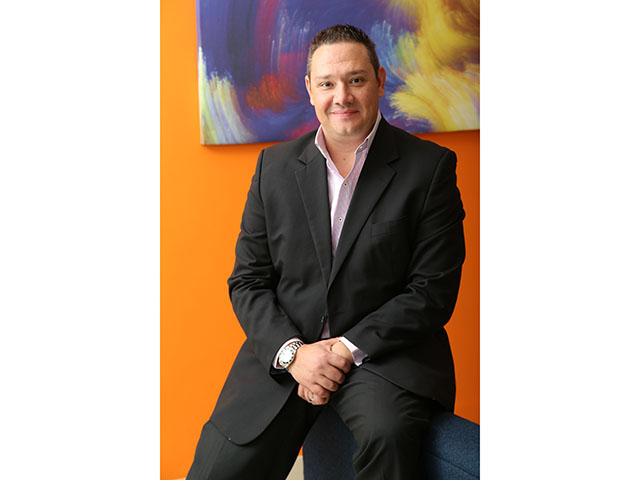 Unfortunately, unlike earthquakes, the ground-shaking tremors of a technology revolution aren’t always clear until after the event. Van Rensburg points out that many companies did not see the value of virtualisation until it became the benchmark for servers, nor believed the advantage of the cloud until they started lagging behind peers. Now flash storage is creating the same shift, this time targeting the heart of an organisation’s technology: the tier 1 application.

“The tier 1 application is the centre of gravity of modern businesses. These are business platforms such as SAP, Oracle and SQL. They draw all the strings that make things happen. Billing systems, data processing, analytics, databases… I can keep naming examples, because tier 1 apps are adding more business value as they mature and expand their modules,” he elaborates.

The impact of tier 1 applications can be quantified through the view of an acquisition. One of the pain points of a merger is to consolidate different business platforms, because that is where the rubber meets the road. If those core business applications are poorly converted or neglected, the eventual victim is the business itself, as an organisation’s income is tied directly to the tier 1 application.

“If that batch job is running at 17 hours and you reduce that to under an hour, that's a 16x efficiency. You have a faster go-to-market that your competitors. It's really that simple.”

Van Rensburg achnowledges that these are extraordinary claims, but adds that they can be backed by extraordinary evidence, with a growing legion of case studies demonstrating how billing runs and other batch jobs have been taken from an all-night task to a couple of hours.

A few examples given include an unnamed European financial institution, which used Dell EMC’s flash storage solutions to boost its Oracle platform. Development accelerated by 40%, but that pales to the unbelievable 31:1 storage reduction: from 125 terabytes to a mere 4 terabytes due new compression and speed engineering.

Likewise, a major sporting equipment manufacturer sought to improve its SAP development. By deploying a Dell EMC XtremIO solution, it brought batch processing down from 3 days to 1 day, and had a 75% reduction in data centre floorspace. “These are not incremental changes. They are leaps into the future,” he enthuses.

This is because traditional spinning disk storage cannot compare to the speed and reliability that flash storage introduces. The result is all-round efficiency. Flash storage for tier 1 apps is not an ROI conversation. It’s the new level of competitiveness, says Van Rensburg.

“Look at this as an application accelerator rather than storage. We've seen infrastructure guys saying: ‘You’ve so improved my batch job, I spend 30 percent more time outside of dealing with the core apps and instead doing more research or development or bringing devops teams closer.’ The infrastructure and IT guys are actually doing more of what they are being paid for.”

It’s no surprise that tier 1 app vendors are engineering their platforms to take advantage of this. For example, SAP’s S4 HANA platform is built for in-memory processing, which means flash storage adds octane to a high performance beast. Flash storage also leaves traditional storage behind by being far better at pooling. An end to different application silos, it is practical to run vastly divergent workloads on a single storage pool.

This saves on the cost of technology ownership, including lower datacentre costs for space, cooling and power. A major South African insurance house uses Dell EMC flash solutions to consolidate numerous workloads, as well as improve its Business Intelligence and Line of Business applications. Traditional storage was too slow to migrate its large workloads to virtualized environments, effectively halting its virtualisation programme.

But Flash gave the speed it needed, reducing peak production latency from 185 milliseconds to an astounding 15 milliseconds and less. The company have eliminated its data backup window completely, now doing it in real time.

“Flash storage is a tectonic shift, an earthquake in the business. Its claims seem ridiculous, but adoption is spreading fast as companies realise the unbelievable advantages and efficiencies it brings to the table. If you want to take your tier 1 application to the next generation of performance, start asking about all-flash storage,” he concludes.