Much has been said about disruption over the past few years, by Dell, EMC and other companies at a variety of forums and conferences. Indeed, the word alone is enough to strike fear and anxiety in the hearts of companies that are still unprepared for their industry’s impending changes.

It was for this reason that Nigel Moulton’s speech on the six rules of disruption at the Dell EMC Forum, held in Sandton last week and which focused on transformation, was so timely.

To his credit Moulton, who is Dell EMC’s chief technology officer of its converged platform and solutions division, addressed the topic without a single reference to perennial favourite Uber, or even Airbnb for that matter. What he did point out though, is that the pace of change is alarmingly swift, with much that used to seem like science fiction now a reality. 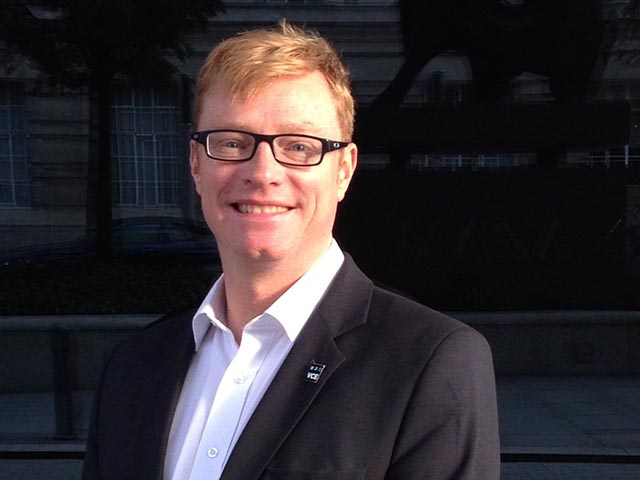 Rule 1: The interface is everywhere

Indeed this, not too covert nod to AI and man talking to machine, led neatly into the first of the rules of disruption, namely that the interface is everywhere. Moulton explained that historically, the interface between man and machine has been a keyboard and mouse. This changed with the advent of smartphones and tablets, to become touch and swiping across a screen to navigate its features.

However, the newest interface is now voice, where users simply speak to their device in order to have it perform particular functions or deliver required content. Whether it is using Apple’s Siri, Microsoft’s Cortana or Amazon’s Alexa, Moulton stressed that the very notion of the interface has changed, with users talking to their computers and digital assistants responding.

Addressing those in IT and business, he encouraged them to think about how the use of the human voice to navigate systems, changes the way they can serve their customers.

Moving on to the next rule, Moulton pointed out that a number of organisations are undergoing a digital transformation doing so simply because their competitors are easier to do business with than they are. More particularly, companies that are succeeding have removed the friction between the thing that they have and the thing that consumers want, whether this is in banking, travel or retail.

It is this gap between having a product and how easy it is for a consumer to access it that Moulton referred to as friction. One arena where he believes this is most evident is in corporate travel versus its consumer counterpart, with the former being notoriously difficult to book in comparison.

“As a general principle, businesses should be removing the friction at every opportunity.  The fundamental principle is one of simplicity, and making easy to do business with and to consume thing they are offering. If it takes 10 steps today to get from you to your customer, make it six, make it four,” he urged.

The third rule or principle that Moulton encouraged cognisance of, is taking into account exponential expansion, rather than the much more familiar linear increase. His example of exponential increase was likened to a chessboard, upon which two grains of rice were doubled from one square to the next.

The second half of the chessboard is where the increase, in this case would move beyond being 2 to the power of 32, into becoming 2 to the power of 64, a number so large it’s unfathomable, and which I won’t attempt to write out here. And this is where he believes exponential expansion - of processing power, of data, of the number of servers being added, of connections - can be found.

A less obtuse example Moulton noted of just how much exponential increase is already playing in the current generation, is that as of November 2016, Microsoft was processing 12 trillion IoT messages a day. His point was that dealing with these kinds of numbers requires an algorithmic approach to data, as well as talent in a business that is comfortable dealing with data science. “We are very good at dealing with straight lines, not so good with exponential curves,” he noted. And yet, in dealing with disruption, businesses fast have to adapt to this new kind of expansion.

Yet another rule of dealing with disruption, Moulton continued, had to do with dealing with the scarce becoming abundant. At first blush, it seemed like abundance could only be a positive, requiring more celebration than preparation.

However, Moulton expanded, this rule really dealt with the law of accelerated returns, an economic principle that applies to having to contend with dramatic increases in data. Using photography as an example, he pointed out that in the days of 35mm and film, the number of pictures generated were confined by the expensive nature of film and the fact that one would only be able to capture a maximum of 36 photos per roll. From these, perhaps two or three of the final product were kept, and commonly stored in a photo album.

However, the advent of digital changed this, transforming photography, with the cost of taking endless photos becoming negligible, and thus abundance of photos became the norm. Indexing all the photos captured, and dealing with the resulting abundance of images, became the new problem. He noted that it is one that gave rise to services like Pinterest and Instagram, which aimed to offer users a way to store and sort (as well as share) the glut of content that had become the new normal.

In a similar fashion, many other industries are expected to similarly undergo a transformation, from scarcity to abundance, and how to manage that abundance, became a front and centre concern. Two emerging industries that will likely follow this path include solar power, and automotive cars.

“Look at the industries you are involved in, bearing in mind that when you information-enable an industry, you fundamentally change its nature,” he encouraged.

Rule number 5 and 6 dealt more with personal behaviour than actual challenges, but struck as being no less important. Respectively, these dealt with being honest and being curious. Expanding a bit on the former, Moulton pointed out that the age of Wikileaks, is also an era where any wrongdoing is going to be found out. To this end, he stressed that transparency with shareholders, media, corporate culture that drives governance, has become paramount

Finally, Moulton paid homage to the importance of curiosity, of being willing to keep learning and exploring. “Be honest and make sure curiosity drives your day,” he concluded.