SAP has announced the launch of its SAP Rural Sourcing Management solution connecting smallholder farmers and suppliers in rural areas with the supply chain of global agribusinesses and consumer products companies. SAP Rural Sourcing Management is an integrated, cloud-based solution running on SAP Cloud Platform. This solution enables Agribusinesses as well as Consumer Products companies to track their produce from the farm to the factory through a combination of mobile and desktop access. This supports the digitisation and simplification of both producer and farmer operations.

Mobile access to business applications provides critical information to producers, enabling them to capture information from small-scale farmers who generally operate in remote areas where other forms of technology might be limited. Farmers can in turn access their own business transactions, enjoy increased transparency to pricing, utilise mobile instead of cash payments and have added traceability, all aimed at closing the information gap between farmers and producing companies.

A predecessor of the solution was developed and piloted by an SAP research division, in a development partnership with the Deutsche Gesellschaft für Internationale Zusammenarbeit (GIZ) GmbH under the framework of the develoPPP.de program on behalf of the German Federal Ministry for Economic Cooperation and Development (BMZ). Before the solution became generally available, SAP and Barry Callebaut, the world's leading manufacturer of high-quality chocolate and cocoa products, cooperated in a custom-development project helping Barry Callebaut enable sustainable cocoa farming.

According to Brett Parker, managing director at SAP Africa, the SAP Rural Sourcing Management solution is tailor-made to support the growth of smallholder farmers in developing nations and meet the world's need for sustainable food production. "By 2050 the world's population will approach 10 billion people. To sustain such a large global population, the planet's agriculture output per acre must double while at the same time maintaining the highest sustainability standards to meet consumer demand. In fact, fair trade sales are expected to triple to USD25bn by 2020, creating a huge challenge for governments, retailers and large multinational food producers." 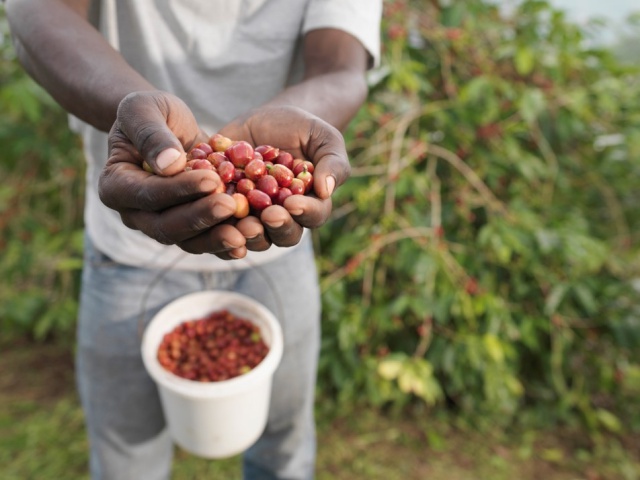 Based on available data, 500 million smallholder farmers produce nearly 80% of all food consumed in Asia and sub-Saharan Africa. Agriculture is the foremost employer in sub-Saharan Africa, accounting for nearly two-thirds of the total labour force. However, smallholder farmers often lack access to technology and financial services, limiting their ability to grow their business and increase productivity and output. SAP Rural Sourcing Management links farmers digitally to the agriculture value chain through a suite of mobile business applications running on SAP Cloud Platform that support inclusive agricultural chains.

In December 2016, a strategic alliance was announced between the BMZ, GIZ, and several private sector partners - including SAP - working together to strengthen smallholder agricultural businesses in Uganda. This new strategic alliance will focus on improving agricultural productivity and quality, supporting and monitoring business processes of smallholder farmers, and improving their access to financial services. Participating SAP Rural Sourcing Management customers can access local implementation services including master data preparation, system configuration and configuration of mobile phones. With the support of GIZ, producer organizations can also access training for their staff end-users.

The strategic alliance is based on previous successful partnerships between SAP and GIZ starting in 2009 with the African Cashew Initiative, which aimed to improve farmer incomes and livelihoods, advance African cashew nut quality and production, increase local processing capacity and improve market linkages along the value chain. The initial project saw a Rural Sourcing Management prototype implemented in Ghana and Burkina Faso. Further initiatives in Uganda, e.g. with the Uganda Coffee Farmers Alliance and an expanded African Cashew Initiative in Ghana, secured the involvement of a total of 17 supplier organisations across nine countries. The projects involved 100,000 small-scale producers growing six crops: cashew, shea, coffee, cocoa, rice and sesame.

"The partnership between SAP and BMZ effects a marked improvement on the income and livelihoods of small-scale farmers by bringing transparency, efficiency and accountability to agricultural value chains. With the central collection and monitoring of real-time data, the initiative has also opened the door to financial services for African smallholder farmers. With more than half the African population involved in agriculture, we are confident that initiatives such as these will bring about lasting positive change to the lives of Africa's citizens," concludes Parker.