The ways of work set to change

Taking back the competitive edge – technology is...
0
comments

In a revealing and exciting interview with Brendan McAravey, country manager for Citrix South Africa, both the future and the present state of work came under scrutiny.

The good news is that the potential for how, where and when people work is set to change in some exciting ways. The even better news is that the technology is already available to enable increased flexibility, greater mobility and enhanced productivity, and employees in particular can expect better work-life balance in the near future.

The bad news however, according to the recently launched Citrix Work Life Balance Index, is that South Africa is still a long way from this ideal scenario. If anything, the country as a whole appears to be at sufferance of the very opposite, with lengthy commutes, inflexible working hours and frequent overtime being the norm.

More particularly, the study, which was conducted by FreedThinkers, examined the working lives of 451 South African office workers. It found that 20% of office workers work longer hours than contracted (on average five and a half hours per week), meaning that employees surrender a significant 286 hours of free time annually. More disturbing is that this equates to a loss in gross earnings of R22 440, according to the BankServAfrica Disposable Salary Index of June 2014. What’s more, the average commute robs South African workers of more than an hour of their time per day; further adding injury to insult is that almost a third of the respondents noted that this had a deleterious health impact. 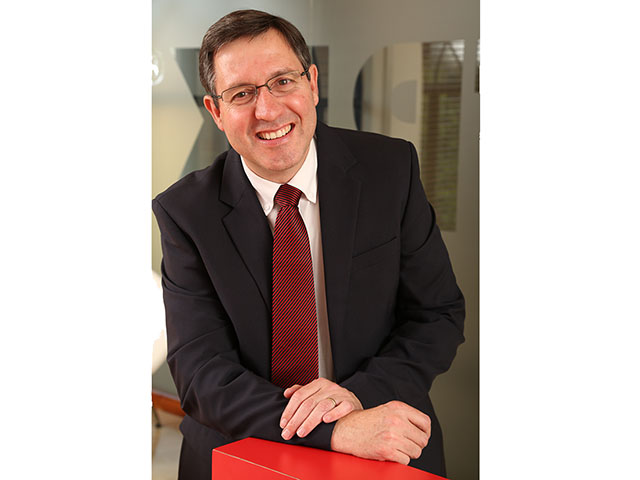 “The nature of work today is not eight to five, and gone are the days when employees can just watch the clock and know that their job is done at five o’clock,” noted McAravey. He pointed out that watching a clock does not signify having engaged employees, while from employees’ point of view, having to battle through stressful commutes only contributes to mounting resentment and stress.

However, it doesn’t have to be this way. “The fact of the matter is that many employees can be as productive at home as they are behind a dedicated desk,” he asserted, stressing that the technology and solutions already exist to enable this. McAravey notes that Citrix for example has recently announced enhancements to its virtual application management product, XenApp, which can provide Windows applications to workers on any device, anywhere. Its mobile device and app management solution, XenMobile marries together the advantages of mobile freedom with the IT control required by enterprises, while ShareFile handles the issue of being able to access, share and collaborate on files from anywhere, securely.

Rather, the hurdle still seems to be one of a cultural and mindshift change that is needed, from productivity being time based (number of hours worked) to outcome–based, in which specific goals are achieved. McAravey explained that employers may well see more work being produced on the latter model.

According to the report, despite the fact that 54% the workforce would embrace the opportunity if available, seven out of ten workers had never worked in an environment where flexible working was allowed. Moreover, more than half (55%) believe that their employers were actively resisting or failing to embrace flexible working arrangements.

“It is time to move on from judging people on how long they spend at their desks to evaluating them on the work they actually deliver. By realising that employees do not have to be in the office from eight to five, employers will reap the benefits of an even more productive, contented workforce,” he elaborated.

What’s more, there is a significant benefit to businesses that are able and willing to offer flexible workspaces, as this, he pointed out, is a key element of attracting the best talent. Indeed, McAravey explained that one of the visions for the future of work is companies competing vigorously to attract those who are at the top of their field, with more employees working on a contractual or freelance basis for those companies which can offer them the most compelling incentives. As for what these could be, flexibility, choice and trust emerged as key components. Additionally, he added that typically top talent seeks to make a difference, and favour companies that enable them to do so.

Another compelling reason for businesses to look more seriously at moving towards offering greater working flexibility, is the potential cost savings they could incur. He pointed out that for many business their biggest expense is their premises. However by offering flexible working environments, they could potentially reduce the size of their physical offices (and related expenses, such as electricity) and thus save money. Admittedly though, flexi-working is not applicable to every industry, such as those which deal directly with customers.

However, a prime example where moving away from the eight to five mindset would work well includes sales teams, which have targets, quotas and very clear deliverables which can mostly be achieved from anywhere.

Wake up and smell the future

For South African businesses who want to get onboard with the future of work, and reap the benefits, McAravey has some advice. He stressed that companies need to have a strategy in place, elaborating that, although the technology solutions are already available to enable companies to empower their employees to work remotely, the move cannot only be done from a technological perspective.

Rather, it requires a holistic approach that takes into account human resources’ involvement, a company’s culture, the human as well as the legal elements. With regards to policies, he warned that corporations are often unaware of how their IT policies can frustrate and impede their own employees in having a smooth and easy experience when carrying out their duties (with limited capacity inboxes and the frustration these can bring serving as one example).

“South African companies can probably avoid having to implement flexible working for the moment; however, if they want to attract the brightest and smartest talent in the future, who want to make a difference, then they need to give them the tools and the trust to do so,” he concluded.