Subaru is aiming to broaden its market appeal by entering the crossover* (see more below) segment with its new XV. All-wheel-drive and the best-in-class ride height are some of the feature tools that distinguishes the XV from rivals like the Nissan Qashqai and Kia Sportage.

With its XV, Subaru opted not to rock the established design boat too much to the extent that Nissan did with its unique looking Juke. Instead, the Japanese carmaker went for the station wagon on stilts design, resulting in a vehicle that looks capable of tackling the great outdoors thanks to its raised ride height, and toughened exterior elements the likes of chunkier bumpers and plastic extenders for the wheel arches.

Helping our test car to get noticed is its bright orange colour, highlighted even further due to the contrast between the body colour and the two-tone 17" aluminium wheels. These mags feature silver spokes and black surrounds, imparting the XV with a sporty colour when parked.

On the interior, things look and feel very sturdy and well screwed together, with the XV offering plenty of interior head- and legroom for both front as well as rear passengers. There are a number of creature comforts included as standard equipment, such as a 6 speaker audio system that boasts an aux- and USB input; Bluetooth hands-free calling; as well as hill start assist that prevents you from rolling backwards when stopping on an incline. The boot offers a generous 310 litres of loading space, which you can expand to 771 litres when the rear seats are folded down.

Although the feature list is up to par with its rivals, we weren’t fans of the outdated radio unit mounted in the XV, which reminds one of the system found in the 2001 Nissan Sentra. The satellite controls on the steering wheel also feel a bit plasticky and cheap. 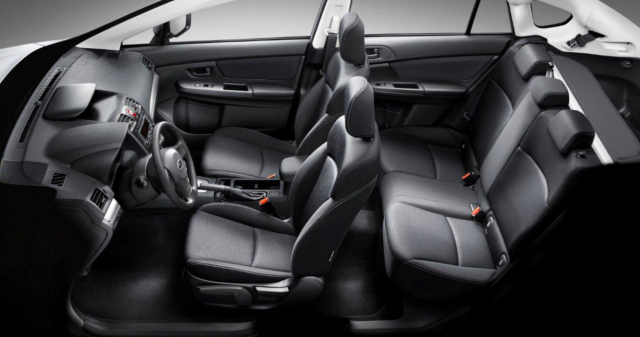 Although you have to make do with cloth instead of leather the spacious cabin of the XV is kitted out with the latest connectivity features.

Unlike most crossover cars at this pricepoint such as Ford’s EcoSport, Subaru does not opt for front-wheel-drive but rather equipped the XV with its tried-and-tested symmetrical all-wheel drive system. This system, together with the car’s 220 mm of class leading ground clearance, helps make the XV more competent when taken off the beaten path compared to your run-of-the-mill SUV or crossover.

Under the bonnet of the XV resides a 2.0-litre four-cylinder normally-aspirated Subaru Boxer petrol engine that churns out 110 kW and 196 Nm of torque. Our test car was fitted with Lineartronic continuously variable transmission (CVT), which also allow drivers to change gears manually via the paddle shifters behind the steering wheel.

At comfortable cruising speed within the city limits, the CVT box performed admirably, however, whenever we ventured onto the highway the CVT and boxer engine showed their performance achilles heel. If you want to overtake a car or drive faster, you floor the accelerator pedal, the CVT drops a gear and the rev counter climbs to above 4500 RPM. Unfortunately the performance bite of the engine does not match the noisy bark it delivers, since the speedometer barely moves at all.

The only way we circumvented this lack of performance was to slot the gear lever to the right, putting the car in manual mode and dropping two gears down via the paddle shifters and then slotting it back left to put the car back in automatic mode, once we successfully overtook a car or made it over the steep incline. 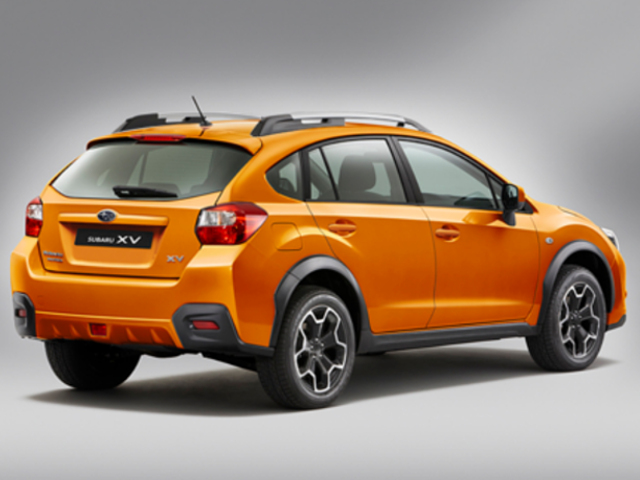 Thanks to a class-leading ground clearance of 220 mm and its symmetrical all-wheel drive system, the XV does not stand back for any compact Crossover or SUV when it comes to forging a path off the beaten track.

Subaru’s XV is capable of light offroading thanks to its high ground clearance and its all-wheel-drive system, making it perfectly suited for people living in areas without paved roads and those drivers that like to vacation in the country. The car further offers a practical, feature rich interior, and a large boot.

Where it falls short is with its bland interior and constrained exterior styling, with our test unit only pulling in the looks due to its audacious colour scheme. However, it is the lethargic response of the CVT and powerplant to our accelerator input that prevents the XV to climb to the top of our most wanted crossover hill.

The XV goes for a recommended retail price of R309 000, which nets buyers a  maintenance plan of 3 years or 75 000 kms. This makes the XV noticeably cheaper (R322 500) compared to the Nissan Juke 1.6 DIG-T Tekna AWD CVT, but we have to say that the Juke offers the superior CVT experience out of the two.

A crossover vehicle is a car that boasts the design elements of a sport utility vehicle (SUV) such as the higher ride height and improved all round visibility. It blends these with the features from an estate car (station wagon) or hatchback, resulting in a vehicle that can appeal to a much broader range of car buyers. Some of the most popular crossover cars includes BMW’s X1, Volvo’s XC60, the Kia Sportage, as well as Nissan’s Juke.

More capable off road than any of its rivals.

Really slow reactions by the CVT gearbox on the highway.

Does not delivers the class leading fuel usage we expected.

PROS
More capable off road than any of its rivals; solid construction; and eye-catching design.

CONS
Really slow reactions by the CVT gearbox on the highway; does not delivers the class leading fuel usage we expected; and outdated elements used in the interior fascia.
TAGS:
Subarucar reviewmotoring newsSubaru XVcrossoverSUV
USER COMMENTS