BlackBerry holding company RIM (Research In Motion) has finally announced the winner of its recently held BlackBerry Touch Awesomeness competition. Lauren Dixon-Paver (18), a matric pupil from Collegiate Girls' High School in Port Elizabeth, is driving off into the sunset in a brand new Audi A1 1.4 TFSi , after emerging as the overall winner of the BlackBerry Touch Awesomeness competition.

This browser-based competition had entrants completing ten tasks of “Awesomeness” on a weekly basis, giving them a chance to net one of ten all-touch BlackBerry Curve 9380 smartphones. Entrants also earned a set amount of points for completing each week’s task, with the person to bag the most points at the end of the ten week period winning the grand prize of an Audi A1 1.4 TFSi. 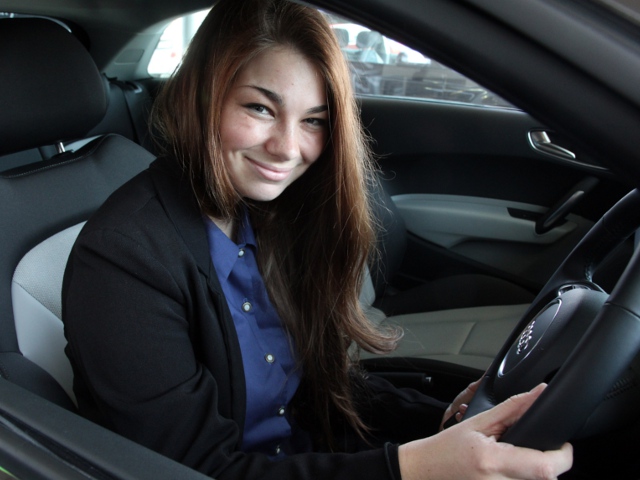 According to RIM, Dixon-Paver took part in each week’s challenge that includes Awesomeness quiz for Dummies, the Talking Photos challenge, and Followed by Famousness task, in which entrants had to get local celebs like Bonang Matheba and Slikour to follow them on Twitter. Dixon-Paver managed to accumulate the most points overall in order to snag the grand prize.

In related news, RIM also recently confirmed that the screen resolutions for its first crop (Q1 2013) of BlackBerry 10-operating full touch smartphones will be 768 x 1280, whilst devices with physical QWERTY keyboards will follow later with a display resolution of 720 x 720.