Cause: Drumming up expectation for Crysis 3, Effect: awesome cinematic trailer

As the 21 February launch date of Crysis 3 draws near, EA has moved to keep its foot on the anticipation build-up pedal by debuting the third chapter in its online video series dubbed The 7 Wonders of Crysis 3.

The latest entry (posted below) in this series is called “Cause and Effect” and shows the gaming version of Lazarus - Prophet - as he combines the powerful Nanosuit with lethal weaponry in order to take down an elite group of C.E.L.L. (Crynet Enforcement & Local Logistics) soldiers.
Black Ops II players to experience a Revolution

Activision Publishing has declassified the details surrounding the first piece of DLC for Call of Duty: Black Ops II (review). The DLC, dubbed Revolution, will introduce a new bonus multiplayer weapon which is a first in Call of Duty DLC history. This weapon, referred to as the “Peacekeeper” is a powerful SMG (submachine gun) that is accompanied by its own set of weapon challenges which will net gamers some additional XP.

Additionally, Revolution will also take gamers to new locales from the world over including “Downhill”, set in the ski country of the French Alps where players have to gun their way down the slopes of a ski lodge, while avoiding the moving hazards of the mountain’s gondola system. Other new locations include “Hydro” with gamers battling it out for dominance at a hydroelectric dam facility in Pakistan, with players dodging bullets as well as floodwaters from treacherous spillways. 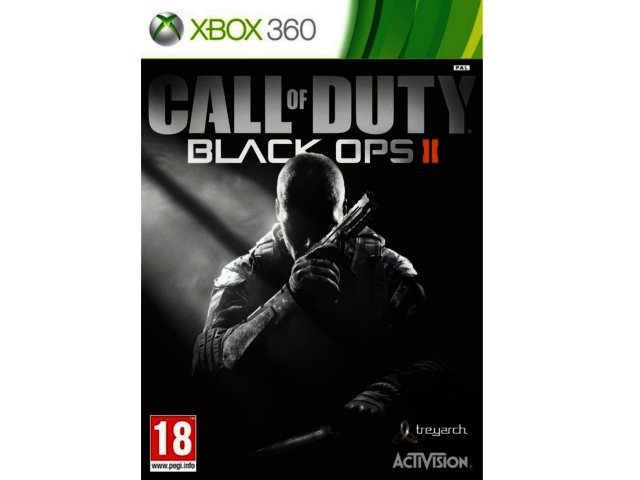 FPS fans whose trigger fingers are still itching to blast away hordes of the undead, will be happy to learn that Activision is bringing its new first-person survival title called The Walking Dead: Survival Instinct to the Wii U, Xbox 360 and PlayStation 3 on 26 March.

Within this game, based on the popular TV show by the same name, gamers will fill the boots of the crossbow-wielding survivor Daryl Dixon (voiced by Norman Reedus, the same actor who portrays Daryl on the TV show). Along with his brother Merle (voiced by Michael Rooker), Daryl must utilise limited resources, arrows as well as bullets for the duo to safely make their way to the supposed zombie-free haven of Atlanta.
Bloody Palace announced for DMC: Devil May Cry

DMC: Devil May Cry on the consoles may still be an excruciating three days away from its local release, and already, there is news about an impending update that will give those eagerly anticipating Ninja Theory’s latest reason to rejoice.

Players will be able to enjoy the free “Bloody Palace” update, which will enable them to test their hardiness against floor after floor of foes, and see if they can survive the 100 consecutive levels of enemies.

This will include no fewer than five bosses, as players will further be able to compete in global leaderboards for top spot (and bragging rights) as the most hard-core demon slayer.

The new mode will become available once players have completed the full game. Additionally, no platform is being left out, as the additional content will be made available for the PS3 and Xbox 360 version, as well as for the PC version which ships later this month. 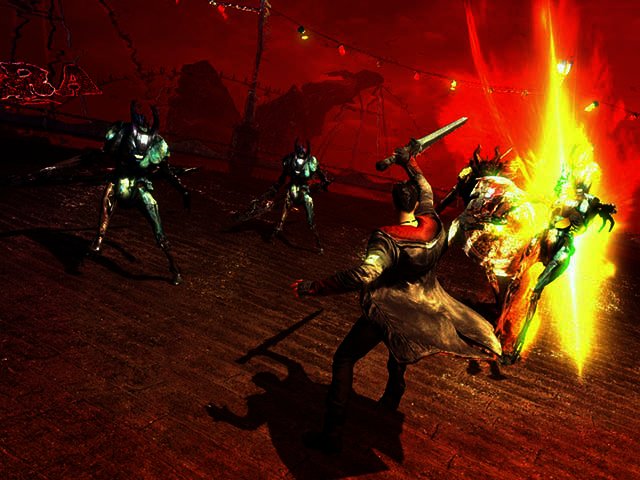 In case you weren’t anticipating Tomb Raider enough yet (arriving in March), the most recent episode of developer diary The Final Hours of Tomb Raider may just whet your appetite, as the game’s multiplayer component has been shown in tantalising snippets of glory.

While it is notable that this is the first time a Tomb Raider title will have multiplayer, it is quite clear that the multiplayer is not a tacked on afterthought. Indeed, multiplayer development duties have been farmed out to Eidos Montreal (behind the excellent Deus Ex: Human Revolution) and as the video below demonstrates, much thought has gone into making it an enjoyable aspect of the Tomb Raider package.

Along with lightning rods, exploding fake ammo boxes, and plenty of heated platforming, players can also expect to step into Zac Levi’s (of Chuck fame) likeness as well.  Take a look at the full video below.
New Sly Cooper: Thieves in Time trailer released

Adding to mounting evidence that March is set to be a fantastic time of the year games wise, the imminent Sly Cooper: Thieves in Time has received yet another trailer as the release date fast approaches.

The title is notable not only for its nostalgic value for those who fondly remember the franchise from the PS2 heyday, but also because it will boast cross buy and cross play, giving players the opportunity to play it on both their PS3 and on the Vita. Last year we were intrigued by some of the nifty interaction between both consoles, such as using a Vita when playing the PS3 version to locate treasures.

The new trailer reeks with atmosphere, charm and humour, as it explores the six steps to a successful heist. Take a look below at why this may just be a gem of a game that should not be overlooked.
Contributions by Hanleigh Daniels
TAGS:
Gaming News Round-upDLCCrysis 3Tomb RaiderBlack Ops 2 DLCSly Cooper: Thieves in Time
USER COMMENTS