Ubisoft has released the official trailer for Far Cry 3 while also revealing this hotly anticipated fps’ release date: it will breaks in Europe on 7 September and 4 September in the US.

Far Cry 3 sees gamers stepping into the shoes of Jason Brody, who finds himself stranded on a tropical island. Brody doesn’t have time to sip cocktails at the beach bar as he quickly discovers that this really is one savage paradise in which he will be required to slash, sneak and shoot his way through in order to get out alive. The impressive trailer posted below (not to forget Dead Island’s) will make you think twice before booking your next holiday at some exotic island getaway spot.
Remedy pondering over Alan Wake 2

Remedy Entertainment, who are the developers behind Alan Wake, one of our favourite Xbox 360 titles, has discussed the possibility of a sequel to this gripping game. During an interview with Eurogamer, the company’s head of franchise development Oskari Hakkinen stated that the firm is considering making Alan Wake 2.

"For Alan Wake, we planned a little bit more ahead. So with the story Sam [Lake, Remedy’s creative director] had already created the fiction from the get-go to be something larger than just one game. He created it with a whole franchise and a whole universe in mind. Even Night Springs was something he had already thought about - a fiction within a fiction.”

Hakkinen went on to say that, “if we were to do a sequel to Alan Wake, it certainly is a much quicker and easier development cycle than the original Alan Wake, because the engine is created for the game. The overall fiction and the universe is already created.”

The original Alan Wake game was released via Steam for Windows PCs this week and Hakkinen stated that this title won’t be making the jump to Sony’s PlayStation 3.  "I know you're never going to see Alan Wake or Alan Wake’s American Nightmare on PlayStation," he stated, claiming that those are Xbox exclusives.

THQ has announced a range of pre-order bonuses for its upcoming action-adventure title Darksiders II, which is scheduled to come to the Xbox 360, PlayStation 3 and Windows PC on 29 June.

Gamers who pre-order this title from BT Games, Kalahari.net, Incredible Connection, Look & Listen, Musica, Take A Lot and other key stores will receive the Death Rides pack. This boasts additional side-quests, allowing gamers to explore added locations within the Maker’s Realm and Dead Plains, earning additional experience and loot along the way. Players will also be able to aid an ancient Construct, battle The Bloodless and retrieve Karn’s lost treasure in around two hours of unique game play content.

It’s not only additional locations that will be available with pre-order, since the Angel of Death pack also comes with a unique set of enhanced armour incorporating an angel inspired design, as well as a pair of upgraded matching scythes.

Players who pre-order the game from amazon.co.uk will get to explore locations quicker and ride into battle with increased speed thanks to the Deadly Despair pack. This pack adds an additional speed boost for Death’s trusty steed Despair, allowing gamers to travel across the vast world faster than before.
Mario Party 9 board game launching in SA during March

Nintendo has announced that Mario Party 9 for the Wii will be launching locally on 9 March 2012. The latest title in the Mario Party franchise will introduce new game modes including Party Adventure. The latter is a board game mode allowing four people to move through the board in the same vehicle, with players taking turns as captain of the vehicle.

Mario Party 9 also sports 80 brand new Mini games, which will have players making pizzas, escaping haunted mansions and race on snowmobiles. When playing on a board, the type of space the vehicle lands on will determine the type of Mini game to be played. Mario Party 9 for Wii will be available for purchase from selected retailers at a recommended retail price of R499. 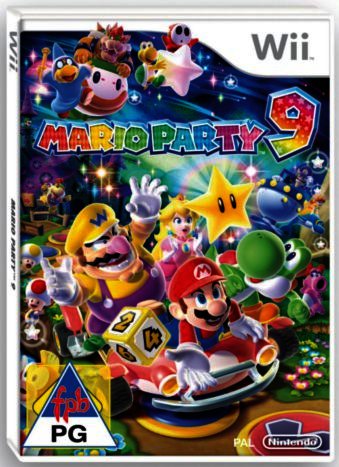 Assassin’s Creed board game for fans of the franchise

Ubisoft has announced that its real-time board game title Assassin’s Creed Recollection for iPad, is now available for free for a very limited time on the App Store.

Assassin’s Creed Recollection allows players to compete in political battles within a real-time board game that features central characters and locations from the original console game franchise. Gamers will also be able to discover and amass a wide variety of artwork created for the Assassin’s Creed games.

Players can expect an eight to ten-hour narrative experience featuring 20 story missions, which takes them on an intriguing journey from Barcelona through to Constantinople. Once they have finished all the story missions, gamers will be able to challenge other players from around the globe in real-time battles via Game Centre (Apple’s social gaming network).

Konami has announced that a playable demo of Metal Gear Solid: Snake Eater 3D is available via the Nintendo eShop across Europe. This demo allows gamers to get an early look of the game and showcases the opening segment of the title. In Snake Eater 3D, the MGS series’ hero Snake sneaks around the swamps and foliage of a Soviet jungle in search of an imprisoned scientist. Metal Gear Solid: Snake Eater 3D will be released for Nintendo 3DS on 8 March.
TAGS:
Gaming News Round-upcomputer and videogamesNintendo 3DSKonamiPlayStation 3Xbox 360
USER COMMENTS