EA has officially confirmed, as we would have hoped, that the development team over at DICE is already working on the next entry in the Battlefield series.
The company revealed that gamers who preorder the limited edition Medal of Honor Warfighter (MoHW) will get access to the exclusive Battlefield 4 (BF4) beta.
Unfortunately, EA did not provide any further details about BF4 or when the beta will be available.

MoHW introduces Task Force Atlas that is represented by a multi-national Special Operations Task Force comprised of twelve different Tier 1 units from ten different nations. These elite soldiers venture beyond enemy lines within places where even marines fear to tread. It will be released during October for the Xbox 360, PlayStation 3 and Windows PC. Check out the trailer posted below for a taste of the multiplayer action within MoHW.
Forthcoming Battlefield 3 DLC

Until Battlefield 4 arrives gamers can still log kills within Battlefield 3 courtesy of the upcoming Battlefield 3: Armored Kill expansion pack, scheduled to arrive during September. This DLC introduces new in-game content including five drivable vehicles ranging from mobile artillery and tanks, through to ATVs (all terrain vehicles), along with more than 20 new vehicle specific unlocks.

In addition, gamers will also obtain the ability to spawn in the new gunship to send a bullet hailstorm raining down on enemies from above. Battlefield 3: Armored Kill adds another notch to Battlefield 3’s mode belt via Tank Superiority. Within this mode heavy vehicles clash with the goal of assuming control over key areas of the map.

Players will also have plenty of fighting action to look forward beyond the release of Battlefield 3: Armored Kill, as EA will make Battlefield 3: Aftermath available during December as well as Battlefield 3: End Game within March of 2013.

Check out the Aftermath trailer posted below, for a taste of what mechanized combat within the largest map in Battlefield history is going to be like.
Hollywood cast for Hong Kong-based Sleeping Dogs

Square Enix London Studios has revealed the voice talent behind Sleeping Dogs, a gritty open world cop drama set in the city of Hong Kong. The game is set for release for the PlayStation 3, Xbox 360 and Windows PC for 14 August Stateside and 17 August for Europe as well as other PAL countries.
Will Yun Lee (Die Another Day) will breath vocal life into Wei Shen, a police officer sent deep undercover into one of the Hong Kong’s most feared Triad gangs. Shen is backed by police inspector Pendrew, voiced by British actor Tom Wilkinson who players may recognise from Batman Begins and Mission: Impossible - Ghost Protocol.

Besides the main stars of this title, the supporting cast includes Emma Stone of The Amazing Spider-Man and Zombieland fame. Stone is joined by Lucy Liu from 2003’s Kill Bill: Vol. 1 and Yunjin Kim best known for her role as Sun Kwon in Lost.

Square Enix is employing the talents of UFC welterweight champion, Georges St-Pierre, for motion capturing in order to bring a more realistic form of close quarter combat to Sleeping Dogs. Check out a behind the scenes look of St-Pierre applying his trade in the trailer posted below.
Borderlands 2 will offer at least sixty hours of gameplay

Games are not just measured by how good they are, but also, by how long they last. Well, apparently Borderlands 2 will give players close to 60 hours worth of playtime bang for their buck.

According to an interview with Gamerzines, developer Gearbox’s vice president of marketing, Steve Gibson, explained that this only is only taking into account a single playthrough with one character.

He is quoted as explaining, “We want it to feel like you get more for your money, we’re happy for people to pay their money once and feel that they get ongoing value.” This also bucks the trend for many first person shooter titles, which can last in the region of seven to ten hours, or be finished within the week.

Borderlands 2 is due in two short months time, and will be launching on PC, PS3 and Xbox 360.
More details bared for Ratchet and Clank: Full Frontal Assault

New details have been revealed about Ratchet and Clank: Full Frontal Assault, which is the next game in the franchise. While the game will revert to the camera and third person viewpoint as used in A Crack in Time, it will introduce a new element that mobile players will no doubt be familiar with: tower defense.

According to the PlayStation blog, player’s will have a home base that they will be tasked with defending using turrets, barriers and mines. That’s not to say Ratchet won’t be mobile - the hoverboots from Crack in Time will apparently make a return, and players will explore large battlefields in search of weapon caches.

This means that the game’s traditional gameplay, of platforming and shooting enemies with an arsenal of over-the-top weapons, will likely also be abundantly apparent. 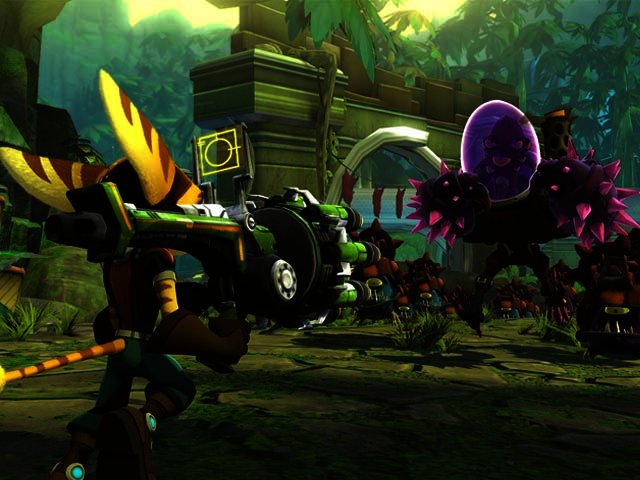 The reveal, quite aptly, took place at the recent Comic Con held in San Diego. Naturally, McGrath will bring his electrifying abilities to the battle mix, as well as benefiting from the ability to regenerate his health. Jak and Daxter, who will apparently fight together, will offer a more melee and gadget-orientated approach.

The characters join an already exhaustive lineup, that includes the likes of the Big Daddy from BioShock; Colonel Radec from Killzone; God of War’s Kratos; Nathan Drake of Uncharted and Sly Cooper, amongst others.

To see both characters in action, hit the duo of trailers below.
#
Blacklist boredom with new Splintercell offering

Ubisoft has re-released the E3 preview trailer of Splintercell: Blacklist, which is due out in autumn 2013 on the Xbox 360, PlayStation 3, and Windows PC.

Within Blacklist, the US has a military presence within two thirds of the world’s nations. Sam Fisher leads the newly formed Fourth Echelon unit, a clandestine team, answerable only to the US president.
Fourth Echelon must hunt down a group of terrorists and stop the Blacklist countdown, a series of escalating attacks on US interests.
Contributions by Hanleigh Daniels
TAGS:
Gaming News Round-upPlayStation 3Xbox 360NintendoMicrosoftSony
USER COMMENTS

Top 5 Mid-Range Smartphones of 2017
Fitbit Versa
Is cybersecurity now as important as health and safety?