The announcement follows an agreement between Nintendo in the UK and Square Enix. Locally, the game will be released on the 27th of July, alongside the launch of the new 3DS XL.

The game will enable players to take control of protagonists, Sora and Riku, who have to undergo the Mark of Mastery exam and are sent into the Sleeping Worlds to confront enemies and thus become Keyblade Masters. According to Nintendo, the game will boast a colourful cast of Disney characters, many of which are making their 3D handheld title debut.

Notable Disney worlds include La Cité des Cloches (from The Hunchback of Notre Dame), and “The Grid” (TRON: Legacy). The game will feature a freefall ‘dive’ mode, which appears to offer some free falling arcade action.

The game, along with Augmented Reality (AR) cards from Nintendo and Square Enix will be available at an RRP of R499. For a closer look at what the game offers, hit the video below.

Where are the women in Aliens: Colonial Marines? asks petition

One of the most seminal characters in the Aliens universe, besides from the acid drooling alien, of course, is Ripley. That’s Ellen Ripley. As in one of the most memorable science fiction heroines to take one of the most terrifying monsters, and one of the only survivors to have prevailed multiple times.

Given this fact, female gamers' expectation and desire to be able to create a female avatar rather than be limited to male-only avatars in the forthcoming Aliens: Colonial Marines multiplayer is completely understandable, not to mention, thoroughly justified.

To this end a petition has been started to convince the games developer, Gearbox Software, to reconsider this ill-advised move.

According to GamesRadar, the petition’s author, Melissa K has requested the developers to give players the ability to create a customised female avatar of their own in the multiplayer and co-op portions of the game. Admittedly, women do already feature in the campaign portion of the title, as excluding women in a game set in the same universe to boast one of the most memorable heroines ever, would be sexist, and stupid.

Given the effect that the Mass Effect petition had, we expect and hope Gearbox will take note and respond accordingly. Since the game is only slated for release at the beginning of next year, we suspect there is still plenty time to bow to public pressure and common sense. 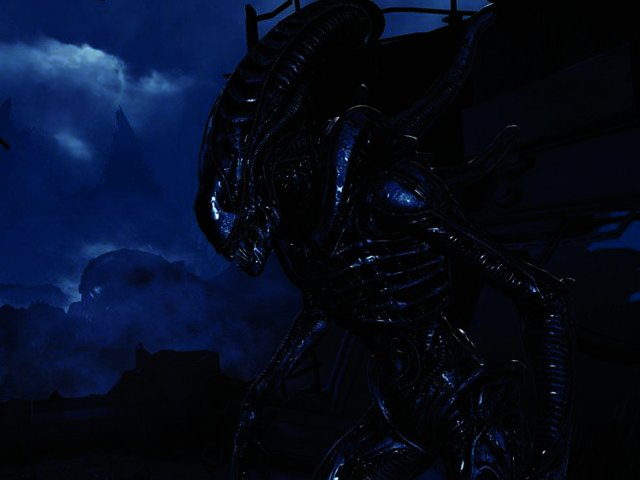 Gaming deja vu: Final Fantasy VII cometh to a PC near you soon

It seems that it isn't only Bethesda and id Software that are gearing up to provide players with blast from their gaming past via Doom 3 BFG edition, as Square Enix will be bringing its RPG classic, Final Fantasy VII, to Windows PCs “soon”.

The game was originally released in 1997 for the PlayStation and then for PC users a year later, however, the original PC release saw players not only dealing with all manner of virtual foes on screen, but also with numerous bugs and glitches.

Besides tackling all these glitches, the new PC version of FFVII also offers 36 new achievements for gamers to unlock, as well as cloud game saves. The latter enables players to continue right from where they left off last, even when they are playing the title on someone else’s PC.
In addition, gamers will be able to employ “character booster” to increase their HP, MP and Gil levels up to the maximum within the more difficult sections of this title. Announcement trailer posted below.
Asha-ring in a new arcade gaming era

Nokia is giving Asha feature phone owners a chance to experience 22 arcade gaming classics on their mobile devices. The Finnish firm is partnering with Namco Bandai Games to make titles such as Pac-Man, Final Fantasy, Ridge Racer Drift, Soul Calibur and Ace Combat available for download via the Nokia Store. These titles will cost between $0.99 (around R8) and $2.99 (about R24.50) each. 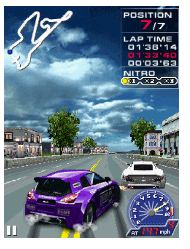 Games normally get their release dates pushed back because developers crave some more time to deliver out a more polished final product. However Activision is bucking this trend by deciding to push the release date for its Transformers: Fall of Cybertron up by a week.
To celebrate the earlier release date, developers High Noon Studios has released a new trailer dubbed Through the Matrix, so fix your gaze on the posted below.

Originally due for release at the end of August 2012, the game will now hit stores on August 21st for the PS3, Xbox 360, and Windows PC. The firm also recently revealed the voice talent behind the forthcoming Transformers title, including video gaming veteran Nolan North, who gamers may recognise as Nathan Drake from the superlative Uncharted 3: Drake’s Deception.
Of Orcs and Men reveals new trailer, website

The forthcoming Of Orcs and Men title has offered up both a new trailer as well as a dedicated website for the game, which is due to growl its way onto the PC, PS3 and Xbox 360 this September.

The role playing game, which is being jointly developed by Spiders and Cyanide, puts players in the oversized jaws of Arkaïl, a fearsome Orc warrior from the legendary legion of Bloodjaws, and Styx, a Goblin master of the assassin arts. The trailer reveals some of the places that the pair will traverse, along with some of the backstory behind the game.

The odd couple, who will have to overcome their mutual dislike and work together, are sent on a suicide mission to assassinate the Emperor of Men himself. For a more intimate view of what to expect - and why you may want to keep this title on your radar - hit the trailer below.
Contributions by Hanleigh Daniels
TAGS:
Gaming News Round-upPlayStation 3NintendoXbox 360DLCSony
USER COMMENTS