At the Penny Arcade Expo (PAX) which took place earlier this month in Seattle, Square Enix unveiled new details about Lightning Returns: Final Fantasy XIII, which will focus on Lightning as the sole playable character.

Taking place long after the events of Final Fantasy XIII-2, players will be able to explore Novus Partus, a world consisting of four separate islands that are joined together via a monorail.

While the company further revealed that the game will have a singular, happy ending, the setting is is more reminiscent of a Jack Bauer type of scenario, with a doomsday clock that counts down to the imminent end of the world in thirteen days.

Time, apparently, really will become of the essence, as players’ actions and choice could consume vital minutes from an ever-present clock which will serve as a constant reminder of the approaching deadline.

According to Computerandvideogames.com, one of the defining features of the game is that it is world driven, meaning that players will have to carefully consider how they interact with the world around them. This is a change from the first Final Fantasy XIII, which was story drive, while Final Fantasy XIII-2 was character driven.

Another change is that the game is apparently meant to be played through multiple times (presumably making different choices each time), while Square Enix added that each playthrough would not take tens of hours to complete. 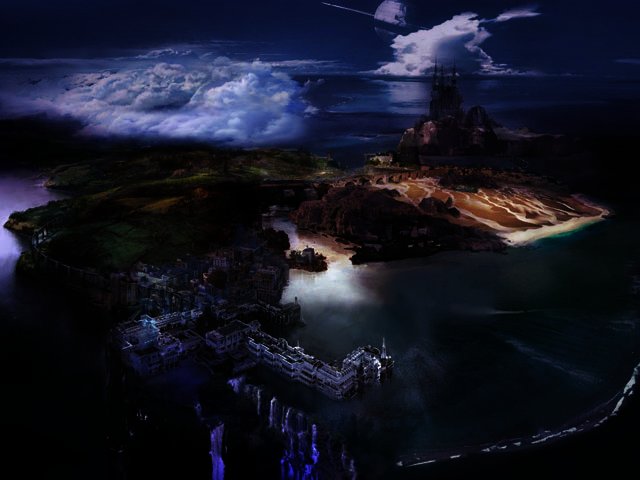 At the Penny Arcade Expo (PAX) held in Seattle at the beginning of this month, a new trailer for God of War: Ascension was revealed. The game, which is set as a prequel to the God of War trilogy, is expected to show how Kratos came to be the peaceful, docile, quiet pacifist that he isn’t.

The trailer focuses on the game’s enemies, Furies, who are apparently more than a little miffed at Kratos for breaking his contract with Ares, and hell-bent on having a ‘diplomatic encounter’ with Kratos in true God of War style i.e. that involves impaling, eviscerating and, if the ‘conversation’ really goes south, perhaps beheading the other party.The game is still fated for a release on the PS3 in March next year.

For a closer look at the Furies’ negotiation style, hit the video below.
Biggest Legend of Zelda to date rumoured to be heading to the Wii U

Some good news for Legend of Zelda fans, who took one look at the Wii U and wondered whether and when a Legend of Zelda would be made for it. According to Wii U Daily, Nintendo is working on its biggest, most ambitious Zelda game to date for its forthcoming console.
Apparently though, the company is sticking with the art direction epitomised in the more recent Legend of Zelda: Skyward Sword, which was considerably more painterly and less dark than other entries, such as Twilight Princess.

The website, which quoted an unnamed source in Japan, also reported that Nintendo had marshalled “the biggest team ever” to work on the game, adding that the game was two years into its four year development cycle. That means that the game would likely only be released in 2014.

However, all indications are the wait will be worth it, as the as yet unnamed title will apparently boast the same amount of dungeons, but each dungeon would be considerably larger in their scope and significantly different from one another.

One such dungeon, according to the report, is an entire forest, larger than Hyrule field in Ocarina of Time. More importantly though, Wii U Daily’s source revealed that “everything in the game is built around the controller and its unique abilities, and every single feature in the controller is used to its full potential.”

Something Pig is coming, and Rayman in the jungle headed to tablets

Large announcements of impending released are not confined to the consoles though, as apparently, mobile devices will be receiving their fair share of love in the weeks ahead.

Apparently, Rovio has decided it is the pigs, from Angry Birds, turn to have their own back, releasing a rather cheeky, and subtly humorous trailer, for a forthcoming iOS and Android title that flips its formula on its head and throws it through a pane of glass.

Additionally, Rayman (of the sublime Rayman: Origins) will be sprinting his way onto the iOS and Android tablet scene in Rayman: Jungle Run, which takes the endless runner concept and sets it against some new whacky and outlandish Rayman environments.

The controls will apparently receive a simplification, with players touching their device to jump, or long-holding presses to cause Rayman to hover. However, we expect the action will be no less madcap than that found on the Xbox 360, PS3 and PS Vita when it leaps onto the App Store and Google Play on the 20th of this month.
Ratchet and Clank: Deadlocked for PS3 announced

When Insomniac Games announced that it would be releasing a Ratchet and Clank HD collection, of three of its remastered PS2 games, earlier this year, the one outstanding question was “But, what about Ratchet and Clank: Deadlocked?”

Apparently, the developers had not forgotten about that title, as it announced that indeed, a remastered version of Deadlocked, or as it was known here, Gladiator, for the PS3 is on its way too. The game will apparently be coming to the PlayStation Network later this year, and will feature an updated multiplayer component. Like with the Ratchet and Clank Collection, the port is being handled by Idol Minds.

Ratchet and Clank: Deadlocked is a bit of a departure from the normal adventuring associated with the franchise, boasting a greater emphasis on combat and blasting enemies in through a variety of tournaments.
Killzone Trilogy coming in October

Sony has announced that Killzone Trilogy (announcement trailer posted below) will be released for the PlayStation 3 on 24 October at a RRP of around R523. This compilation pack includes the original Killzone game, enhanced with a HD-Ready (720p) high-definition graphics, as well as added trophy support.

Additionally, Killzone Trilogy further includes the PS3 FPS titles Killzone 2 and KIllzone 3, along with all of the multiplayer map packs both these games.

Killzone 2 Map Pack Bundle - Steel and Titanium Pack, Flash and Thunder Pack, as well as the Napalm and Cordite Pack.

Ubisoft this week revealed that the next iteration in the Wild West inspired series Call of Juarez will shoot its way onto the Xbox Live Arcade network, Sony’s PlayStation Network (PSN) and Windows PC at the beginning of next year.

Call of Juarez: Gunslinger is being developed by Techland and will see gamers filling the cowboy boots of a bounty hunter looking to make a name for himself. He will do this by rounding up some of the most notorious gunslingers such as Billy the Kid and Jesse James.

Players will be able to utilise an array of pistols and rifles during “ruthless, all out gun battles” and eventually “gun down multiple enemies in split seconds.” Check out the announcement trailer posted below.
Iron Mike Tyson provides ear full of info on his WWE ‘13 involvement

At the end of November, the latest game in the WWE series, WWE ‘13, will enter the fighting- and sports game arena.  This title will not only see the regular line-up of wrestlers stepping into the ring, but also the former undisputed heavyweight boxing champion (and ear-muncher)of the world , Iron Mike Tyson. In the interview posted below Tyson touches on his boxing career, the so-called “Attitude Era” of the WWE, as well as his involvement with the forthcoming title.
TAGS:
Gaming News Round-upPlayStation 3NintendoGod of War AscensionKillzone trilogyPC
USER COMMENTS