US Congress explores the link between violent games and gun violence

Well, it is officially happening, as video games’ assumed connection to real world violence has once again been firmly thrust into the spotlight.

Following on from US vice-president Joe Biden’s consultations with the interactive entertainment industry, President Obama has affirmed that the US Congress will in fact fund research into the effects that violent video games have on young minds.

This was part of his addressing gun violence in the US, which has reached tragic levels, and more recently left the world horrified after children and teachers were killed in Connecticut. According to Mashable, the Centers of Disease Control and other scientific organisations would receive funding to conduct investigations into the causes of gun violence.
First, however, funding for these programs need to be approved by Congress, and apparently the US president is asking for at least $10 million (R83 million) to that end. For its part, the International Games Developers Association made its stance clear in an open letter to vice-president Biden, in which it asked any research done to also consider the benefits of games as well as their potential negative ramifications. 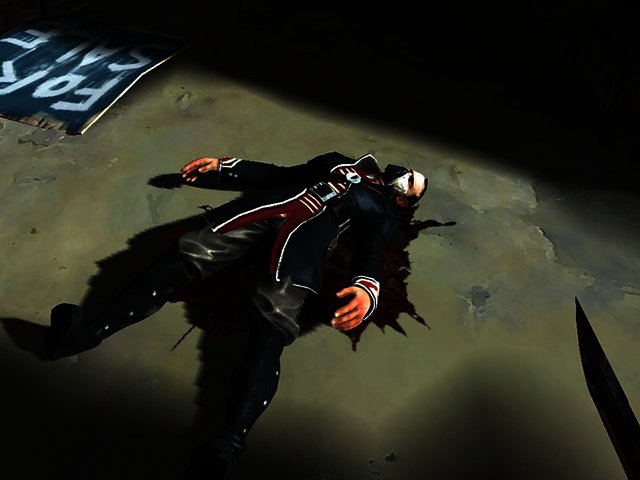 Players who have been anticipating a Tomb Raider demo ‘any day now’ ahead of the game’s release in March have been let down easy by Crystal Dynamics, who confirmed in a tweet that it would not be releasing a demo of the reboot ahead of time.

Global brand director, Karl Stewart, explained that the lack of a prelaunch demo was due to the fact that the company did not want to spoil the story. “We’ve weaved such a personal story we don’t believe spoiling it by having you wait a week or so to play on, delivers on our promise,” he elaborated.

Admittedly, many developers do release pre-launch demo’s as a way of giving players a taste of the game and gameplay ahead of time – and drumming up some pre-release sales if not general anticipation. However, Crystal Dynamic’s firm stance in this regard actually bodes well for the game, as it portends that the company wishes to maintain the integrity of what we suspect is a finely crafted story.

That alone, makes us only more eager to play the game when it does ship. 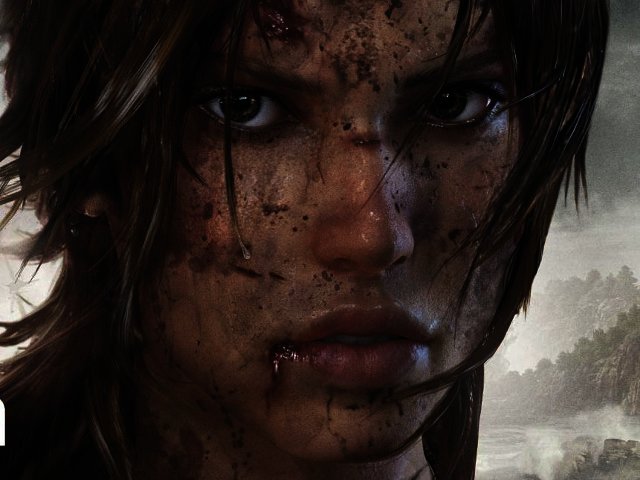 It’s a little bit of a bad news/good news situation for Splinter Cell: Blacklist. First the good news, which comes in the form of a new trailer for the imminent title, and which quite simply, looks fantastic.

The somewhat bad news is received at the end of the trailer, as its release date points to the fact that it has been pushed from this autumn to later this year, and means that there is still several months’ wait between now and the third week of August.

However, the wait required to go hands on with this slice of compelling content is not without reason.
The senior producer, Alex Parizeau explained, “We’ve said it before, but this truly is the biggest game in the series – it has a huge scope. We’ve created a massive amount of content across all the game modes, from single player, to co-op and multiplayer, and we feel strongly that the game will benefit from taking the time we need for polish.”

Parizeau continued that “we all saw how that decision helped another great Ubisoft franchise this past year with Far Cry and we have the same high expectations for our title. Splinter Cell: Blacklist will have full support for a for a wide variety of play styles from Ghost, to Panther, to Assault, combined with a completely universal economy system are intricate and require a high level of tweaking and balance. We’ve put a great deal of effort into creating this game, and we do it all for you, our fans.”

In a way, we’re not too sorry that the game has been pushed further ahead, particularly as the first six months of the year are already chock full of gaming goodness, which is already putting enough  pressure on one’s time management, not to mention wallet.
Injustice: Gods Among Us gets dated

Warner Bros Interactive Entertainment and DC Entertainment have confirmed Injustice: Gods Among Us will be released in Europe on 19 April for the Xbox 360, PS3 and the Wii U. In addition, the firms revealed that a collector's edition of this fighting game will be made available for an RRP for R1 000 on Xbox 360 and PS3.

Injustice: Gods Among Us is a fighting game developed by NetherRealm Studios (creator of the Mortal Kombat series) and features a large cast of all your favourite DC Comics icons the likes of Batman, Green Arrow, Harley Quinn, Nightwing, Superman, The Flash, Wonder Woman, and The Joker. Check out the trailer posted below for a taste of the superhero combat action.
FPS action: A Far Cry from over

Ubisoft has delivered the perfect post-holiday blues cure for Far Cry 3 players in the Deluxe Bundle DLC on Xbox 360, PlayStation 3, and Windows PC. This DLC package offers no less than six single player missions ranging from Monkey Business through to the Lost Expeditions packs. After fighting off tigers, snakes and sharks, gamers will now have four new animals to hunt, namely the Mountain Lion, Thylacine (also known as the Tasmanian tiger), White Tiger and Red Vulture.

Players can use the new Tribal Knife and M700 Predator Rifle within the single player mode, along with a couple new multiplayer weapons namely the Type-10 Flare Shotgun and Predator Bow.

Another character, Hurk and his monkeys, will join the game’s already colourful cast, and he will star in two new end of match movies for the multiplayer mode. The Deluxe Bundle DLC is available now from the uPlay Store, PlayStation Network (PSN) for around R90, as well as Xbox LIVE for 800 MS Points. 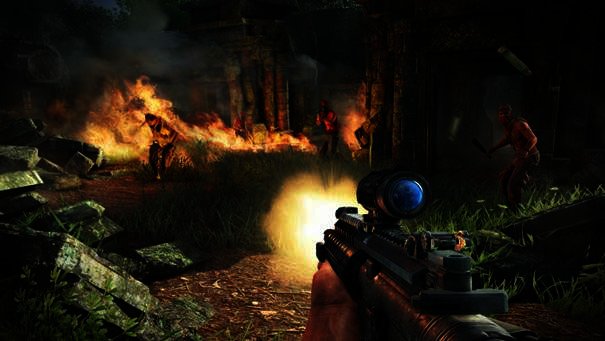 Also interesting to know is that a number of important bands and singers have contributed to Sims soundtracks, including The Black Eyed Peas, Nelly Furtado, Katy Perry, LeAnn Rimes, Natasha Bedingfield, the Pussycat Dolls and, uhm, Depeche Mode. All of course recording the songs in Simlish, the official Sims language.

In creating Simlish, the development team experimented with fractured Ukrainian and Tagalog, the language of the Philippines. Inspired by the code talkers of WWII, The Sims creator Will Wright also suggested Navajo. Over the years, fans have learned to recognise some words like dag dag for hello and nooboo for baby.

If you are a Sims fan, keep your eyes open for The Sims 3 University Life Limited Edition and The Sims 3 70s, 80s, & 90s Stuff coming soon.

Indiegame fans rejoice, as a new website specialising in digital game deals - Bundlestars.com - has made an Indie Jam Bundle (Bundle Stars) available that saves gamers up to 95% compared to the normal combined retail price.

To access these titles, you need to purchase the bundle at www.bundlestars.com, and then redeem as well as download the games via Steam. The Indie Jam Bundle is only available until  11 February.

Besides the massive saving this bundle enables, players will also indirectly make a donation to Special Effect, a charity allowing anyone, whatever their disability, to enjoy PC games. This, as a percentage of Bundle Stars’ profits will go directly to this charity. 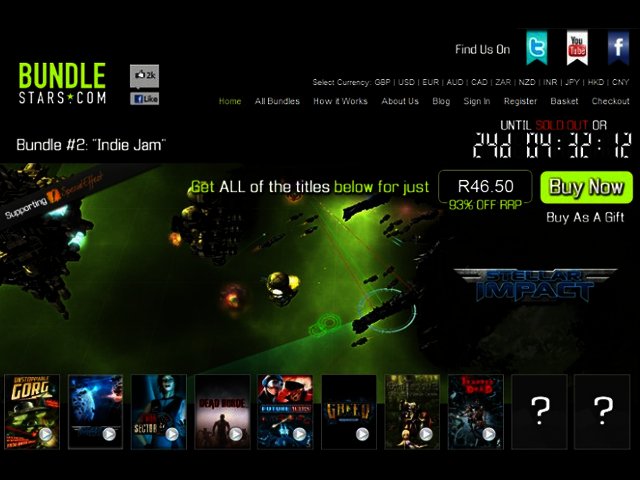