Wii U releasing in South Africa on 30th November

After contending with trickles of information over the past few months, Nintendo has finally released a flood of information, including most importantly, release dates for its next-gen console.
The good news for South African gamers is that the Wii U will be launching locally on the 30th of November.

The premium model, however, will be available in black and will instead offer 32 GB of flash storage, and will go for $350, at least in the US. Both models will have a total 2 GB of memory, and will be backward compatible with Wii titles. Judging by these prices, we suspect local prices may come in under the R3000 mark.

Some of the bigger news though centres around the games on offer. Apparently, on launch day, the Wii U will have at least twelve titles ready to play, from Nintendo as well as third party publishers. These will include Rayman Legends, Trine 2: Directors cut, Darksiders 2, New Super Mario Bros U, Mass Effect 3, Call of Duty: Black Ops 2, Nintendo Land  and ZombiU (which we were mightily impressed with when we played a bit of it last month).

This will then be followed by the likes of Disney Epic Mickey 2, Ninja Gaiden 3, Assassin’s Creed 3, Aliens: Colonial Marines, Pikmin 3 and more controversially, a platform exclusive Bayonetta 2 (see story below).

For a trailer of these games, as well as a few others that Wii U players can look forward to, hit the video below.
Bayonetta 2 confirmed - and it’s a Wii U exclusive

Here’s some news that may, in equal measure, excite and infuriate. Platinum Games has confirmed that indeed, they are working on a sequel to the wonderfully outlandish and very stylised Bayonetta.

However, rather than being published by Sega (who were at the helm of the first title), Nintendo has picked up the publishing mantle. As such, the game will be an exclusive release for the forthcoming Wii U.This, while the first title which garnered widespread acclaim in 2010, was available on the PS3 and Xbox 360.

According to an interview on Kotaku, Platinum Games’ Tatsuya Minami, explained that the studio was sensitive to alienating fans of the original. However, he added that the company believed that in conjunction with Nintendo, it could best grow the Bayonetta brand moving forward.

Apparently, the second title – a ‘true sequel’ to the first – will expand on the mythology of the Trinity of Realities explored in the first game, of Inferno, Paradiso, and the human world.

The announcement though, certainly cements the Wii U’ as a console that could have something to offer core gamers as well as being family, and casual player friendly.

However, while we are eagerly anticipating seeing what the second title has cooked up, we cannot imagine that Xbox 360 or PS3 owners who enjoyed the first title, and were looking forward to the second, will take too kindly to the news.

Overstrike is given an official, new name, release date

It is no secret that we are fans of Insomniac Games’ work, and thus, its previously named co-op first person action title, Overstrike, has been on our radar for quite some time. The latest news about the game is that it has a new title, Fuse, as well as a release date – March 2013.

The game, which is notable since it is being developed by Insomniac (of the Ratchet and Clank and Resistance franchises) in conjunction with EA, rather than Sony, is being released on multiple platforms, instead of  being a PS3 exclusive as was the case with the aforementioned games.

Fuse poses a scenario in which the members of a four-person squad of covert agents, Dalton Brooks, Izzy Sinclair, Jacob Kimble or Naya Deveraux, each with their own experimental weapons and unique abilities, are tasked with protecting mankind from a deadly alien source known as Fuse.

The team, who have to thwart a rogue paramilitary organisation called Raven from stealing the Fuse source located deep within a classified government facility, will traverse a variety of terrains, including fortified desert facilities, underwater bases, island strongholds, icy mountain peaks and palatial hideouts.

While the game caters for 4-person co-op (similarly to Ratchet and Clank: All 4 One), solo players will also be able to experience the unique attributes of each agent by using the game’s LEAP feature to switch between the four characters at will during combat.

Indeed, for those who have played the Ratchet and Clank series, which practically overflowed with creative and fun weapons, some of the weapons featured in Fuse may seem a little familiar, such as weapons that fires shields (fantastically implemented in Ratchet and Clank: Up your Arsenal) or one that shoots black holes. Just imagine how quickly you could clear traffic with that one...

Indeed, from what we can gather, Fuse may well be a fusion of sorts of both the franchises that Insomniac developed to great effect. If that is the case, it is certainly a title we would not overlook amongst some of the other big name releases coming in February and March next year. Hit the trailer below for more.
Are we hailing to the (former) king again in the near future?

Last year, the one and only Duke Nukem made his long awaited return to gamers’ screens in the much delayed Duke Nukem Forever. This title did not exactly set the globe alight in terms of its sales, nor was it a darling of gaming critics either, culminating perhaps in one of the greatest revival stories that should never have been told.

This has not, however, caused Gearbox Software to write their 2010 purchase of the Duke Nukem licence off as a brain fart gaming moment. In fact, the company is already pondering sequels to one of the most disappointing titles in gaming history.

During an interview on IGN's Up at Noon, Gearbox Software president Randy Pitchford stated: “I willingly and lovingly acquired the brand. When I did that, I wasn’t thinking that the only goal is just to make sure everyone could play Duke Nukem Forever. The real goal for me is I’d like to build a Duke Nukem game again.”

Pitchford went on to add that, "I think what I would do and what Gearbox would do would be a little different [than Duke Nukem Forever]. "I think it would be amazing, and I look forward to that.”

Let’s all visit the FPS gaming church to pray for an indefinite delay on that project. 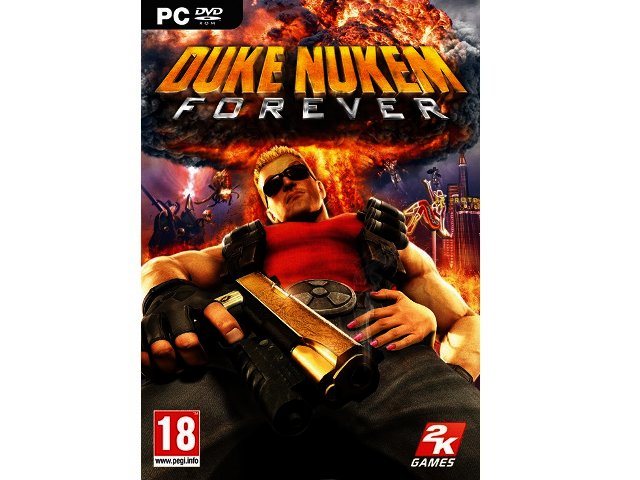 One of the biggest FPS series, Halo, is blasting its way onto the Xbox 360 in November of this year, with the release of Halo 4. Master Chief returns to battle, taking on an ancient evil force that is preoccupied with thoughts of vengeance and annihilation. Shipwrecked on a mysterious world, gamers must face these new foes and their deadly technology.

It is not this cheesy, stereotypical storyline we are looking forward to but the sense of gravitas conveyed by cut scenes as well as the incredibly tasty shooting action. Check out the newly released Accolades trailer posted below.
First Darksiders II DLC on the way

For those players for whom the perilous journey as Death in Darksiders II was far too brief, a reprieve from getting back to reality is on the way. THQ has announced the first Darksiders II DLC dubbed Argul’s Tomb (DLC footage posted below).

This DLC will not only extend your gameplay by five hours, but will also deliver new boss battles and introduce two new dungeons to explore. Gamers that pre-ordered Darksiders II: Limited Edition will be able to access this content for mahala, as the Argul’s Tomb DLC voucher is included within their Limited Edition game case.

THQ also officially confirmed that the game will be available as a launch title for Nintendo’s Wii U, with the Argul’s Tomb DLC included on launch. Darksiders II on Wii U will take advantage of the Wii U’s GamePad, utilising the touchscreen to display map and objectives, whilst also providing quick access to your abilities as well as Death’s inventory.
Players will further be able to evade enemy attacks, manipulate objects in the world as well as guide Death during swimming and riding sequences by using the GamePad thanks to the Wii U’s gyro functionality.
Contributions by Hanleigh Daniels
TAGS:
SonyMicrosoftNintendoPlayStation 3DLCWindows PC
USER COMMENTS