While Battlefield 3 developers DICE have up to now been mostly releasing details on the game's single player campaign, we finally received some solid multiplayer info on the upcoming game this week.

The series' signature sandbox multiplayer is by far the most enjoyable aspect of the game, and veteran Battlefield players won't be disappointed by the looks of it. According to bf3blog.com, some of the confirmed multiplayer features include:


It was also reported yesterday that the game will support 3D, with Nvidia's 3D vision and AMD's HD3D technologies both being supported. 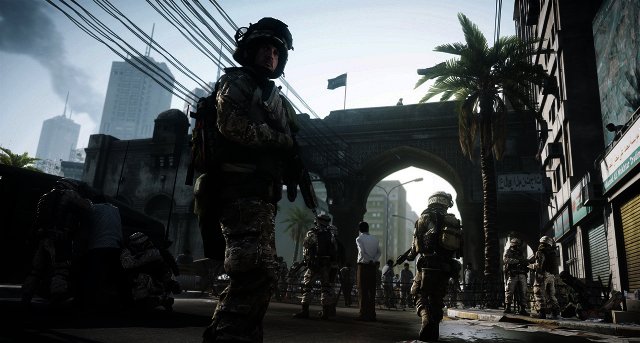 According to Engadget, Sony's Jack Tretton said that the company is planning to launch its upcoming handheld, the Next Generation Portable (NGP), in “at least one territory” by the end of this year.

While the hint may still be a tad on the cryptic side, MCVUK today reported that Sony's handheld successor will be heading to Europe first, and on the 11th of November to be exact. Quoting anonymous sources, the publication said that, “development deadlines have been set to ensure key Western releases are finished before the end of the summer for deployment in the autumn.” And while it's not official by any means, we have to agree that the 11/11/11 date should be a pretty enticing prospect for Sony.

Square Enix this week finally revealed the release date for its upcoming reboot of the famous Deus Ex series, Deus Ex: Human Revolution. The company stated in a press release that the title would be coming to European (and probably South African) stores on the 26th of August, three days after its US release.

According to the release, Human Revolution “tells the story of Adam Jensen, a man cybernetically augmented against his choice who finds himself in the middle of a global conspiracy to which he holds the key, DEUS EX: HUMAN REVOLUTION is set in a near–future world where humanity is at a turning point. By offering players the chance to play the game in multiple and vastly different ways, DEUS EX: HUMAN REVOLUTION challenges the foundations of gaming and provides an immersive experience where every choice has a lasting consequence.”

The game will be released for PC, Xbox 360 and PlayStation 3.

Unreal Engine 3, a peak at the future of gaming

Epic Games recently released its highly impressive “Samaritan” tech demo for its new Unreal Engine 3. The demo shows off some of the insane new technology used in Unreal Engine 3, which Epic claims is “beyond what current consoles can handle”.

Check out the eye candy for yourself below.