After delaying its launch earlier this month out of respect for Steve Jobs’ passing, Google and Samsung have lifted the veil on their new Android 4.0 operating system, named Ice Cream Sandwich, and the Galaxy Nexus smartphone respectively.

At a joint event in Hong Kong, the duo showcased their respective new offerings, and gave users more than the sneak peak we’ve been receiving to date.

Time for a Sandwich

Andy Rubin, senior vice president for mobile at Google explained that, with Ice Cream Sandwich, its mission was “to build a mobile OS that works on both phones and tablets, and to make the power of Android enticing and intuitive”.

Some features found on the new OS include a new font that’s optimised for HD displays and the absence of hardware buttons in favour of adaptable software buttons. Improvements have also been made to the keyboard, while widgets are now resizable and notifications have been given an interactive boost.

Perhaps one of the most important features on mobile devices is the browser. This, said Rubin, has been made “significantly faster”, boasting a refined tab manager and the ability to sync one’s bookmarks with Google Chrome.

He asserted that the new OS boasts “the best mobile Gmail experience to date”, with a new design that enables users to quickly swipe through their inbox and search messages, even when they’re offline. Calendar has also been given a makeover, with a new look and the ability to zoom into one’s schedule with a pinch.

People at the heart

Rubin explained that people were at the heart of Android 4.0. “We rethought how you browse your contacts with the new People app, which combines high-resolution photos and updates from Google+ and other social services,” he elaborated.

Another feature that users have been clamouring for is the ability to more easily sort their apps into folders using drag and drop, as is found on Apple’s iOS. A further feature that would be particularly useful and relevant locally is Data Usage. This allows users to manage how much data they are willing to use, set warnings when they approach designated usage, and disable data completely when they exceed their limit. 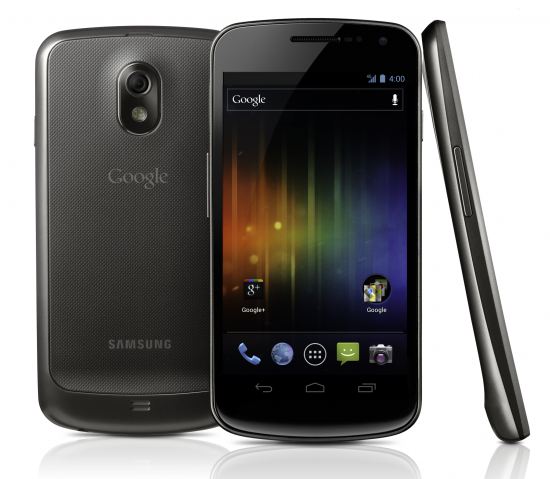 Ice Cream Sandwich’s launch dovetailed with Samsung’s unveiling of its new Galaxy Nexus smartphone, which Google chose to be the showcase device for its new OS. The smartphone boasts a considerable 4.65” Contour Display with a true high definition 1280 x 720 resolution, as well as a dual-core 1.2 GHz processor.

Some very nifty features are also present on the Android 4.0 optimised phone. These include one that we thought we had seen the last of with the demise of webOS. Using near field communication (NFC), the Nexus has the newly announced Android Beam that is included in the new features on offer by Android 4.0. This enables users to instantly share webpages, YouTube videos, maps, directions and apps by tapping two phones together.

Facial recognition technology is also onboard the 8.84 mm thick phone, using Face Unlock to unlock the phone. The Nexus further features a simple, intuitive way to take panoramic pictures without requiring stitching. Instead panoramas are created in phone, as it is being captured. For a visual look at the Galaxy Nexus and Ice Cream Sandwich, view the video below.
The Galaxy Nexus will be available in the United States, Canada, Europe and Asia from November. Prices, and local availability has not yet been confirmed.