After recently regaining the number one spot for being the top PC vendor, HP has come out in full force at its Global Influencer Summit, currently underway in Shanghai, China. Showing off almost 80 new products in both the consumer, SME and enterprise space, HP believes they are “ready to change the market like we’ve never done before”.

From the amount of interest garnered, two devices are leading the charge, and it’s no surprise that it's HP’s second generation ultrabooks. These are the Envy Spectre XT on the consumer side, and the Elitebook Ultrabook on the business side, both of which come with new impressive battery lives and model-thin bodies. 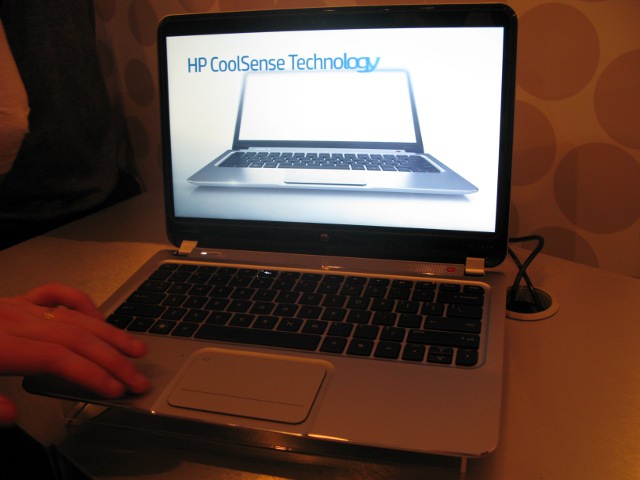 Like most new ultrabooks, the HP Envy Spectre XT cannot be criticized for its appearance, sporting a full-metal brushed aluminium design, weighing in at only 1.395kg with a thickness of only 14.5mm. This 13.3” device comes with a 256 GB solid state drive for quick boot-up and performance, with the model we saw boasting an Intel Core i7 3667U processor running at 2 GHz, and 4 GB of DDR3 RAM. HP believes that a single charge will grant more than eight hours of battery life, which amounts to an average full working day.
With two USB ports (one USB 3.0 and the other 2.0), an SD card slot, HDMI and a WLAN port, the Spectre XT competes well with other Ultrabook offerings in the market, including the Acer Aspire S3 and the Asus Zenbook. In some models, the chicklet styled keyboard is backlit, while the touchpad, much like the Samsung Series 9 and Lenovo U300s, is full-touch, meaning you can click anywhere on the pad, rather than being relegated solely to the traditional mouse buttons.
Like other HP notebooks, the premium Beats Audio is integrated, with HP providing four speakers on the Spectre XT.
To distinguish the Spectre XT from the rest of the ultrabooks in the market, HP is including some interesting offerings. These include full versions of Adobe Photoshop Elements 10 and Adobe Premiere Elements 10 to help with image creation and manipulation. Additionally, one year of Absolute Data Protect, two years of Norton Internet Security, and Intel Identity Protection is also part and parcel of HP’s aim to stand out from the crowd.
The company further mentioned a Concierge Service Hotline for technical support, but whether this will be supported locally remains to be seen.
The Spectre XT was hot property during the event, with journalists jostling to get hands-on time with the machine. We found the Spectre XT to be a better looking device than the HP Folio 13 ultrabook that has just become available in SA, which in itself was certainly no slouch. The device reminds a lot of the Lenovo U300s, and we certainly cannot complain about size and weight. Despite the onboard Beats Audio, the audio through the onboard speakers was only so-so.
We hope that free software, such as the imaging and security offerings on the Spectre XT, becomes an increasingly common distinguishing factor for manufacturers, ultimately benefiting consumers, who are still paying a premium for ultrabooks. The HP ENVY Spectre XT should become available in the States in June with a price of $1000. No local release information is available as yet. 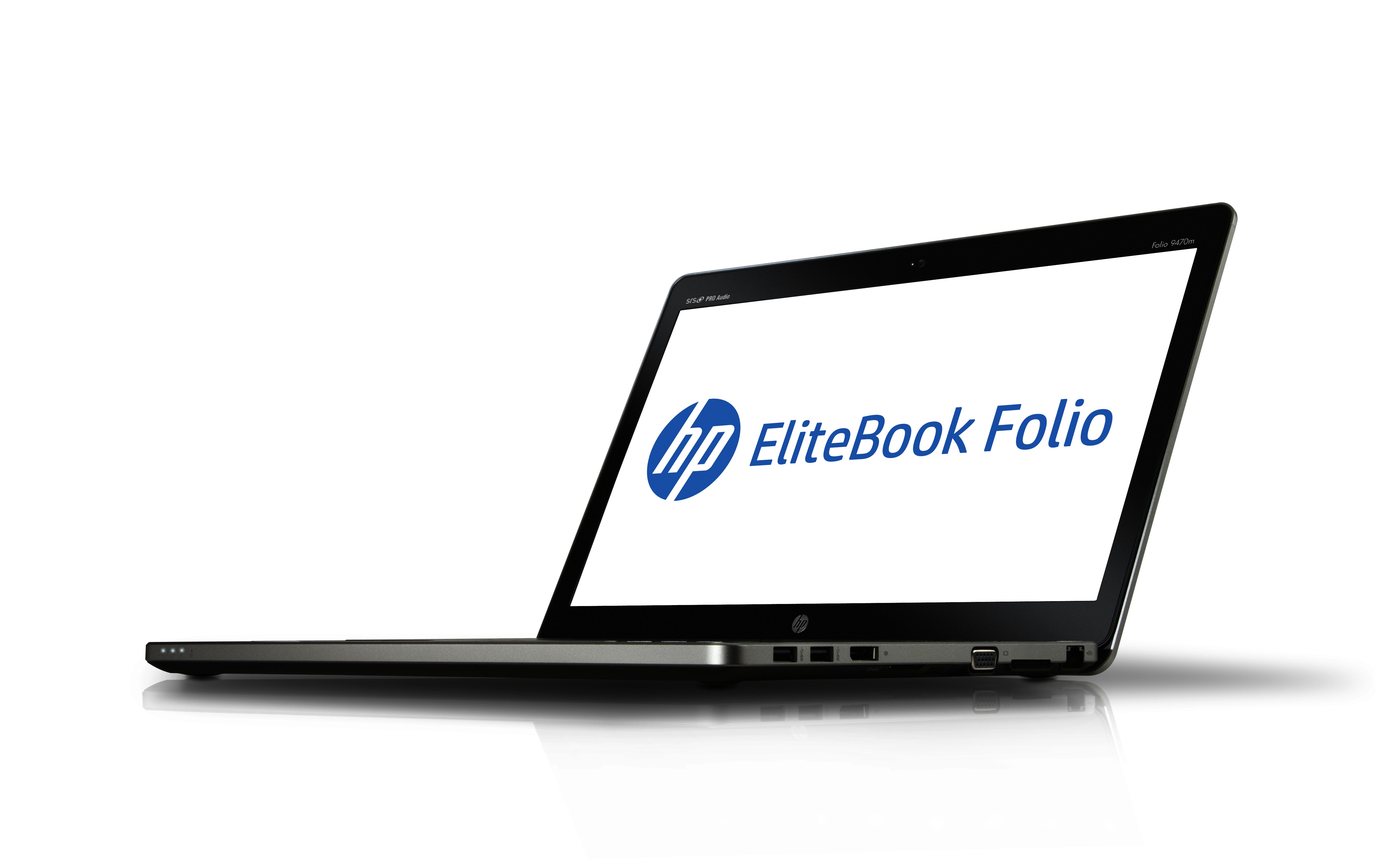 Although the EliteBook Folio 9470m’s 19 mm frame and 1.58 kg weight might not compete favourably against other skinnier models available, this ultrabook is a definite contender for executives. Adding to its appeal is a number of onboard ports that will no doubt make this machine well-loved with IT managers.
Full-sized Ethernet, optional built-in wireless WAN, a VGA port for legacy monitors and projectors, DisplayPort and USB 3.0 can all be found on the side of the device, while the ultrabook can also be docked. The 14” EliteBook Folio makes the most of its onboard battery, offering nine hours worth of usage according to HP. A secondary battery is also available to further extend the ultrabook’s possible time away from the plug.
We liked the fact that the battery can be self-serviced; unlike a number of other ultrabooks, users can take out and replace the battery themselves when it becomes defective.
Additional features include an integrated smart card reader, fingerprint scanner, embedded TPM security chip as well as HP BIOS Protection and HP Premier Image, which further includes business software and antivirus protection. The HP EliteBook Folio 9470m is only expected to make an appearance in October, with no price available yet.
We hope to bring you more updates about what’s happening in Shanghai soon, with a portable all-in-one printer, more ultrabooks and a number of new notebooks in the pipeline from HP.
TAGS:
HPultrabooksEliteBook FolioEnvy Spectre XTGlobal Influencer SummitShanghai
USER COMMENTS